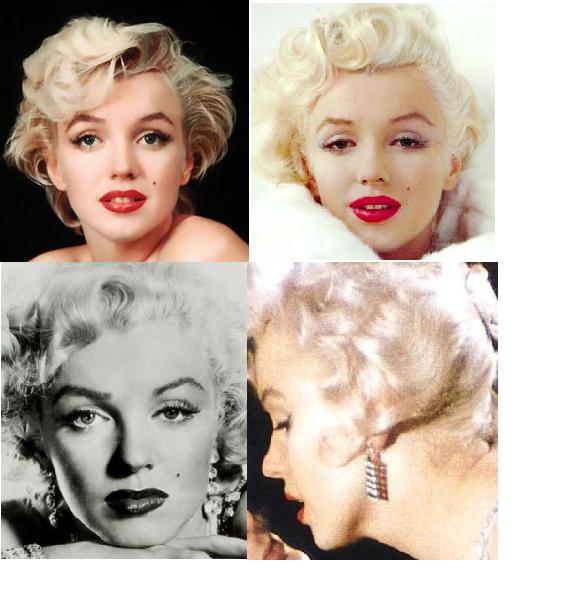 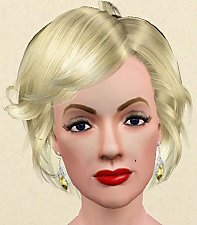 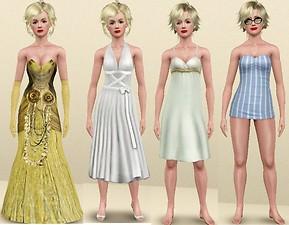 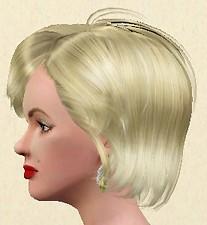 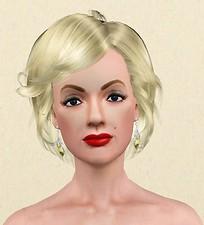 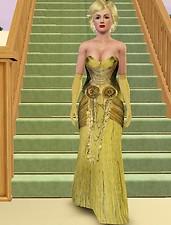 294 Thanks  Thanks     34 Favourited
I loved making this sim. The woman she is based on seems to be a figure of fascination even so many years after her death. I could not believe that there was such interest in her on my thread in CFF. Over 3000 views!!

I have chosen this description below of her because the words (which are not mine) are written with such passion and admiration for this woman who embodied glamour and oozed sex appeal from every pore.

Marilyn Monroe was naturally one of the most beautiful woman of her time; she didn't NEED plastic surgery at all, but as she was very insecure so at the age of 20 she agreed to minor surgery on her nose (needless).There are rumours that she had a chin implant, but no one confirmed it for sure because her profile didn't change at all through the years.

Marilyn was a natural blonde and had blue/grey eyes; some misinformed people still think she was a brunette with brown eyes. There are pictures which shows her as a child, with WHITE hair, but her natural hair color became dark blond as she grew up, and by today's standards, her natural color would be considered blonde. Back then all starlets bleached their hair.

Marilyn was very proud of her natural beauty and had no problem in showing it in pictures; very few actress in her time had such a wonderful shape and most of them would not dare to show their figures like she did in an age when there was no photoshop, liposuction and silicone. The young Marilyn was a pioneer in physical exercices too, so she could afford to show her body in a way few women could.

Marilyn was very talented as watching her movies will show! She was a joy to see in action! She desperately wanted other roles besides the Dumb Blond as the studio forced her to be. She was the FIRST ACTRESS/ACTOR to create her own company in show business in order to have the power to play the roles she so wanted to and break the pattern of the Big Studios of "owning the actor ass". After her, many did the same.

Marilyn did women a favour. Gloria Stenheim said in her book 'Marilyn' that she was in truth the first FEMINIST that was not afraid of her sexuality and that she had contributed a lot to show that women can be sexy, comfortable about it, and still manage to live their life the way they want to and be economical independent too.

She was one of a kind! Adapted from Vera Marina's own words on my Marilyn thread. Custom-made Marilyn Monroe dress from The 7-year Itch' by our very own talented Anubis360. I have attached the zip file of THE dress. Thank you so much, Nico.

I had such a lot of help with this sim: Vera Marina whose Marilyn Monroes in Sims 3 were such an inspiration. Thank you for taking the time out to advise me on the finer points of her beautiful features.
Wicked Poppies, Esmerelda and SnowWhiteCharming for your advice and support.
All the other forumites who popped in too to offer their comments.
I can't thank you ALL enough.