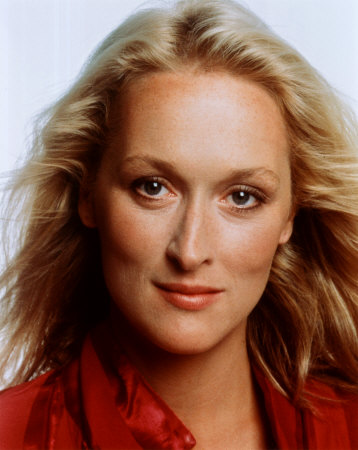 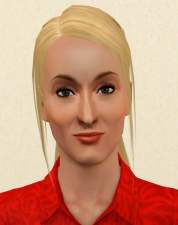 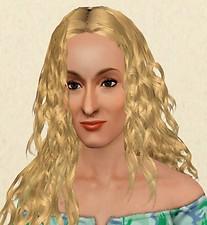 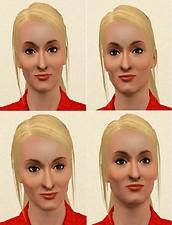 97 Thanks  Thanks     7 Favourited
Mary Louise "Meryl" Streep (born June 22, 1949) is an American actress who has worked in theatre, television, and film. She is widely regarded as one of the most talented and respected movie actors of the modern era.[1][2][3]

Streep made her professional stage debut in 1971's The Playboy of Seville, and her screen debut came in the made-for-television movie The Deadliest Season in 1977. In that same year, she made her film debut with Julia. Both critical and commercial success came soon with roles in The Deer Hunter (1978) and Kramer vs. Kramer (1979), the former giving Streep her first Oscar nomination and the latter her first win. She later won an Academy Award for Best Actress for her performance in Sophie's Choice (1982). 
NB NB NB: You really, really need these sliders in order for her to look like her picture. They are by Bella3lek2:

Again, please do not play with her face, unless you should have the slider hack that suits your latest game. I have awesomemod by Pescado found HERE with the slider settings set to 2.


Additional Credits:
My heartfelt thanks goes to:

Simmiller who custom-made her eyebrows.
Anubis for the incredible curly hair conversion.
Bella3lek2 for the his hard work on all the extra face sliders which make such a difference to your simming experience.
All in CFF who helped me shape her.
My daughter Hayley who is addicted to the movie Mamma Mia and was my constant advisor on her look.