by Slipslop Posted 4th May 2010 at 8:36 AM - Updated 21st Jul 2010 at 10:13 PM by Slipslop : Text adjustments, added the missing CC links, reduced the cheekslider a bit to make him look less like he's chewing on something, also added the MTS CC into the downloadfile for maximum convenience... 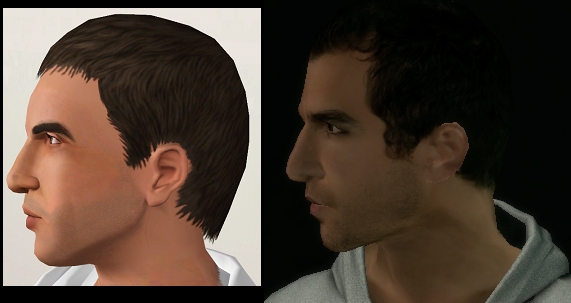 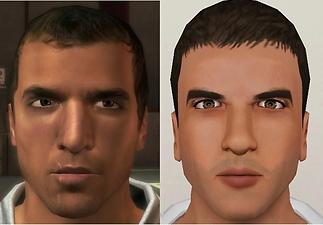 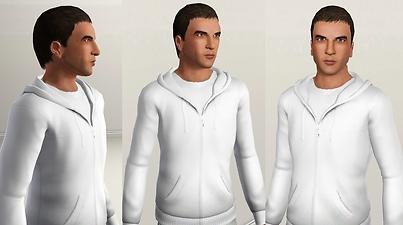 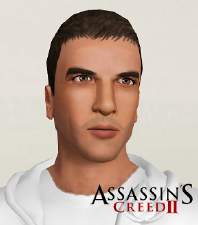 Desmond Miles was born in an Assassin "hideout" in the desert, an "off the grid" compound with a population of about 30 people, much like the city of Masyaf, where he was destined to be trained as an Assassin. He was frustrated by his parents' explicit instructions not to leave the compound, and believed them being overly concerned and paranoid. On his 16th birthday, he finally fled, "want[ing] to see the rest of the world." He later told Lucy Stillman that he had no regrets over leaving his parents, because as far as he was concerned, they were his "wardens". After leaving the Assassin compound, he went into hiding for nine years. While keeping a low profile, he did eventually become a bartender. Aware of the Knights Templar, and wanting to avoid both them and the Assassins, Desmond never used his real name and used only cash to purchase items. However, he was eventually found, traced through a fingerprint needed for a motorcycle license and was brought to the Abstergo laboratory.

IS included in the downloadfile:
→ "Oh my eyes" Contacts by escand
→ Male brow by Mermaid_Bellamy

Mods which determine Desmond's looks, like he looks in the pictures:
-- Latest Patch, Awesomemod sliderhack (x5): -> >> CLICK <<
-- Facial sliders: -> by bella3lek4, and download here: >>CLICK<< Thanks to "candy1985" for providing a downloadsource!
-- Facial and body Sliders: -> by jonha
-- Head Shape slider by jonha
-- Male body -> by Peggyzone
-- Male face texture + "increased shine" -> by HystericalParoxysm
-- "Oh my Eyes" Contacts by escand

--> HOW TO INSTALL:
--> Just put the ".sim" file from the download rar into the
"My Documents/Electronic Arts/The Sims 3/SavedSims" folder.
--> Install the sliders + Jonha's sliderhack or Awesomemod, or he will not look exactly like in the pictures.

- Desmond Miles / Ezio was modeled after Francisco Randez .
- Desmond Miles in Assassins Creed 2 has slightly different facial features than in Assassins Creed 1.
- The etymology of Desmond's name is "The World" (or Man of the World in Celtic and Latin)
- I HIGHLY recommend to download the sliders, they add lots of new possibilities to CAS and are pretty much a must have, you won't regret it.
- Thanks for feedback to: EsmeraldaF, thedivineone, Jessica_2020, sammann89, jje1000, Audrey and LadyFrontbum