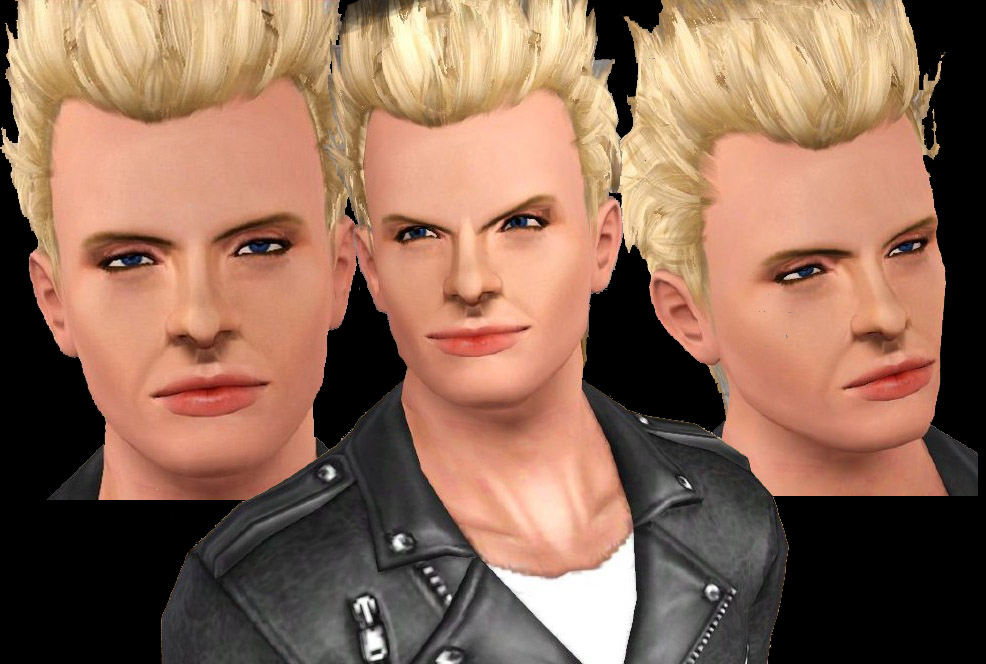 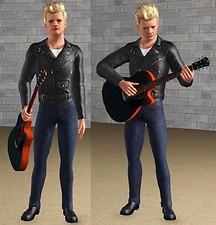 109 Thanks  Thanks     9 Favourited
This is my version of Billy Idol which I made for my friend Snowie. Some informations about him:

William Michael Albert Broad (born 30 November 1955), better known by his stage name Billy Idol, is an English rock musician. He first achieved fame in the punk rock era as a member of the band Generation X. He then embarked on a successful solo career, aided by a series of stylish music videos, making him one of the first MTV stars. Idol continues to tour with guitarist Steve Stevens and has a worldwide fan base.
Idol was born in Stanmore, Middlesex, the son of a salesman. He attended Tideway School in Newhaven, Sussex. The name Billy Idol was inspired by a schoolteacher's description of Broad as "idle". His family emigrated to the United States in 1958, but returned to the U.K. in 1962, settling in Bromley, Kent where he attended Bromley College. In October 1975, Idol went to Sussex University to do an English degree and lived on campus (East Slope) but left after year one (1976). He then went on to join the Bromley Contingent of Sex Pistols fans. Idol first joined the punk rock band Siouxsie and the Banshees (before the band had decided on that name) in 1976, but soon quit and joined Chelsea in 1977 as a guitarist. However, he and Chelsea bandmate Tony James soon quit that group and co-founded Generation X, with Idol switching from guitarist to lead singer.
Idol's solo career began with an EP titled Don't Stop, which included his solo rendition of "Dancing with Myself" and a cover of Tommy James & The Shondells' song "Mony Mony". Both songs became his first singles and remain part of his classic live setlists as of 2010.
In 1982 Billy Idol instantly became an MTV staple with "White Wedding" and "Dancing with Myself". The latter had originally been recorded with Generation X and featured on their last record, Kiss Me Deadly
In 1983, in an effort to introduce Idol to American audiences not yet as familiar with him as those in England, Idol's label released "Dancing With Myself" in the U.S. in conjunction with a music video (directed by Tobe Hooper, produced by Jeffrey Abelson, and conceptualised by Keith Williams) that played in heavy rotation on MTV for six months. That video, in fact, sparked a new era of feature film directors trying their hand at music videos. Along with "White Wedding," the "Dancing With Myself" and "Eyes Without A Face" videos helped make Idol a household name in America.
In the 2001 recording of VH1 Storytellers, Idol rejects the rumour that "White Wedding" was a "nasty put down" directed at his sister for thinking that getting married was the answer to getting pregnant. He said her wedding was simply inspiration for the song, which quickly took on its own form. Years after the video, Idol's sister is still married with three children.

Eyes Staring at my Soul SM by: Cutthroat_Dollie

Hair by Peggy, converted by: Missbonbon

Eyebrows and eyebags: by me. These content I’ve put into another zip.

NOTE: For that Billy will be exactly like this in your game, you must have some kind of slider hack installed. I’d use:


Thank you very much to all creators listed above for their wonderful work.

NOTE: Download the file attatched in the "Downloads" tab and find the ".sim" file after extracting the RAR. Place this into "SavedSims" in:
(My) Documents > Electronic Arts > The Sims 3
[Or any alternative]
You will be able to find her in your Sim Bin in CAS next time you play!
If you don't wish to download all these things, your game will replace them with whatever you have.


And a special thanks to people of CF:
Snowie4566, Nicole Eads, SimmyRN, Audrey, Rudrakali, BondGirlSavie and boxorox13 for the assistance, to support and encouraged me. Love you all!