Cat who wants to be a Panda 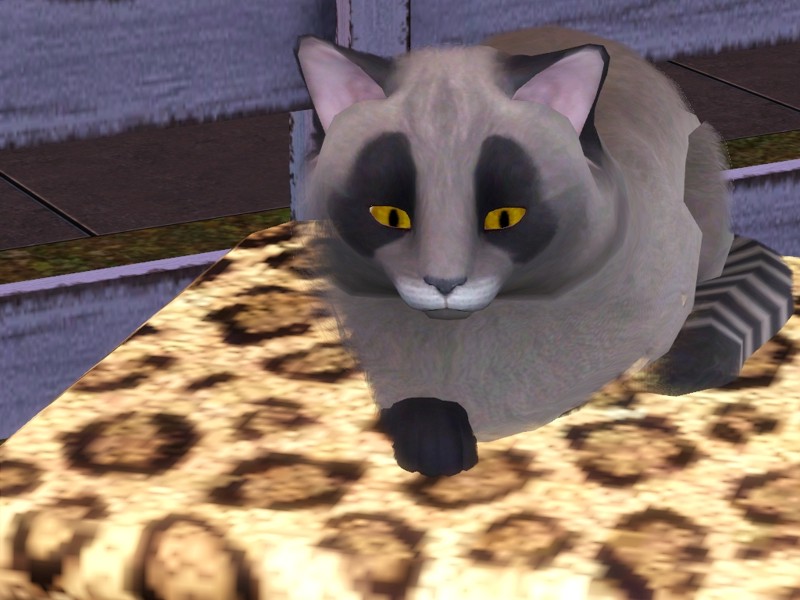 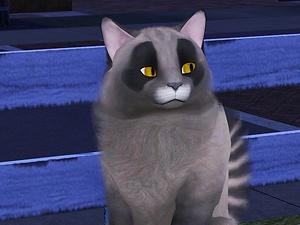 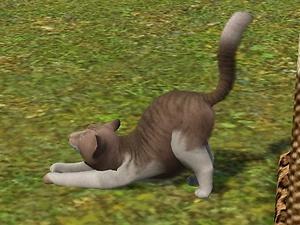 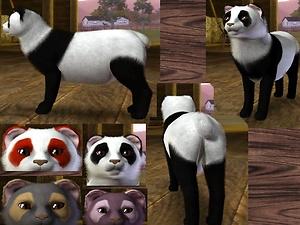 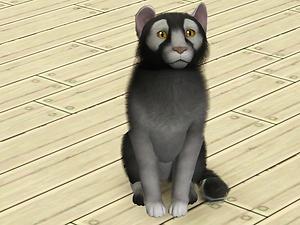 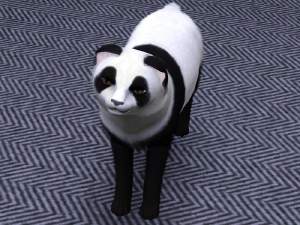 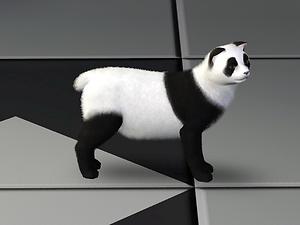 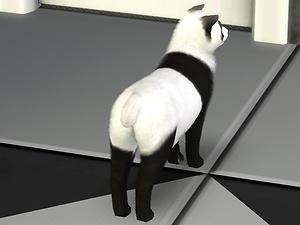 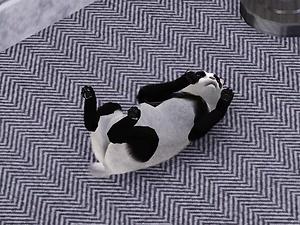 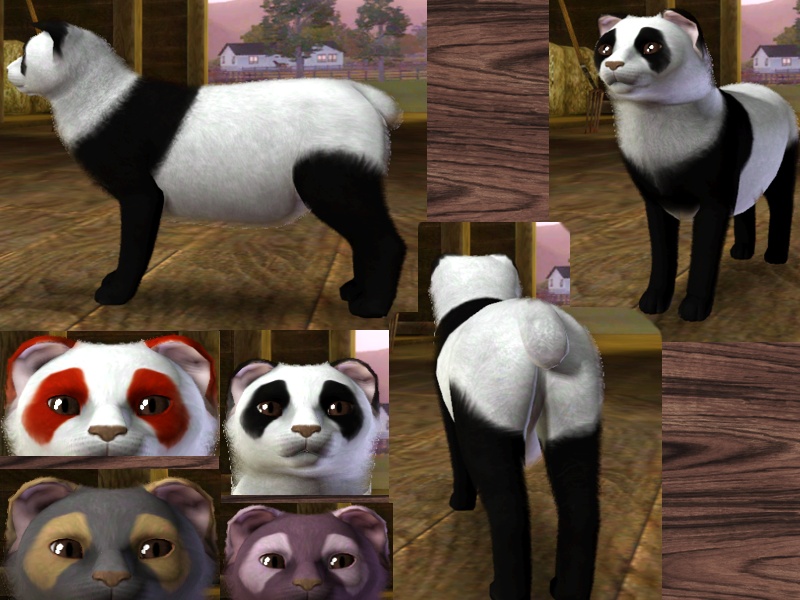 This will be my second attempt to submit these markings. Amusingly enough, the guidelines for pet markings came up only shortly after I submitted these for the first time. Just my luck, hey? Or maybe my half-arse submission is what made them hurry up to put it out there. ((The moderators assure me this is not the case.))

Anyway, I failed to make the changes in time because I was in the hospital, so here is my resubmission and hopefully I covered all of my bases this time!

Ahem. Presenting the panda cat markings. They come in two parts. One is the face which consists of the eye patches and ear marks. These can be found in the head regional markings. Then there is the body portion, which consists of the large band that entirely envelopes both front legs, part of the chest, shoulders, and back. It also has both hind quarter 'socks'. I understand I could have just done the front portion and let the maxis defaults cover the hind quarters, but they didn't end quite where I wanted them, or as crisply as I felt was necessary. The body markings can be found in the ful body regional markings.

A word of caution for using the face patches: their shape is largely effected by brow height, eye width, eye shape, and eye scale. Cheek fullness and cheekbone definition both can alter the eye patches into interesting shapes, taking them from their preferred sloped, vaguely kidney-shape.

The markings don't have to be restricted to just making a panda cat. . 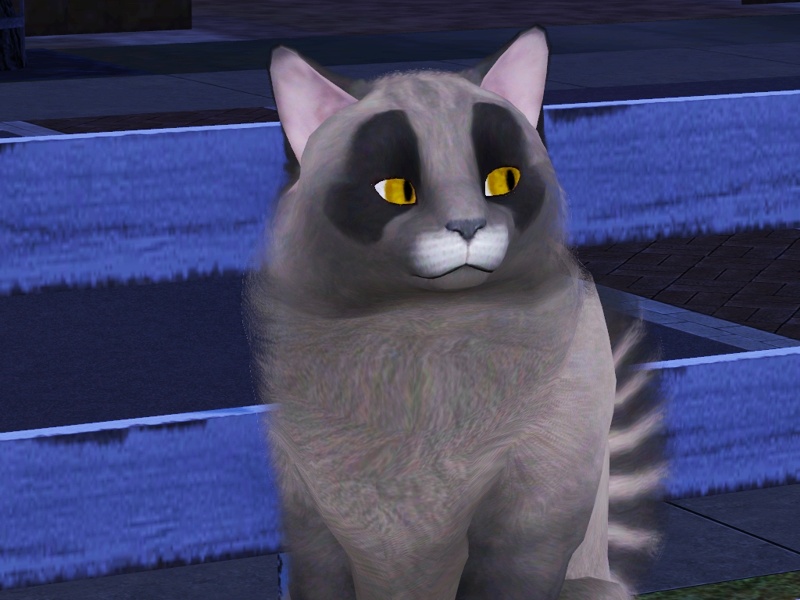 The eye patches can also be used for other creatures, such as raccoon cats. 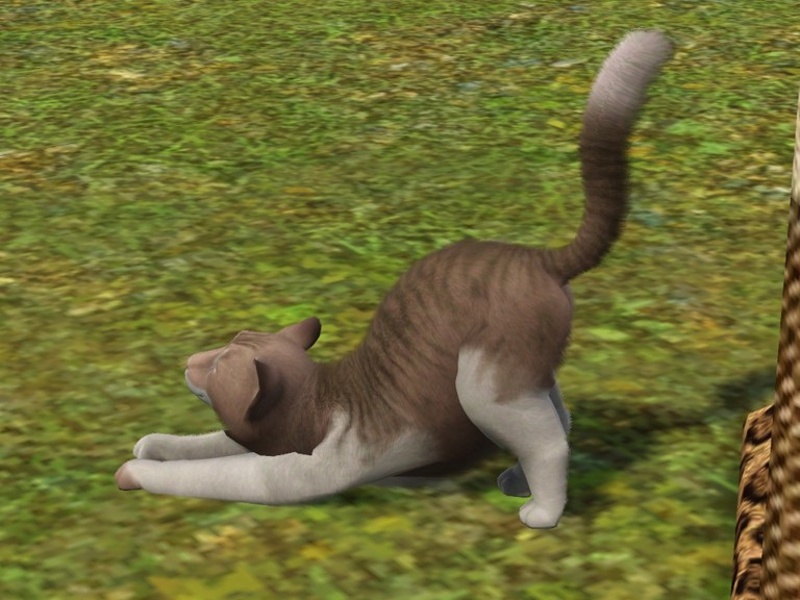 Using the body markings with a blend of Maxis defaults can get some interesting results.

Have fun mix-and-matching these. If so much as one other person out there enjoys these markings, then it was all worthwhile. Feel free to upload screenshots featuring these markings. If someone wants to break it up into more sections (ie make the front and back two separate markings, or separate ears from eye patches) that's fine with me so long as you credit me as the original creator.


Additional Credits:
More like special thanks to:
CMarNYC - Such diligence to being helpful and wonderful patience for a new comer! I couldn't have done it without CmarNYC's assistance and encouragement.
Maxis - For making these wonderful and addicting games
S3pe, S3OC and their creators, testers, and users who have given feedback to keep it up to date and user friendly.
MtS Moderators for being VERY patient with me and my lack of skill in screenshot-fu.

If you need more info, see:
Back to download view
16 Comments / Replies (Who?)