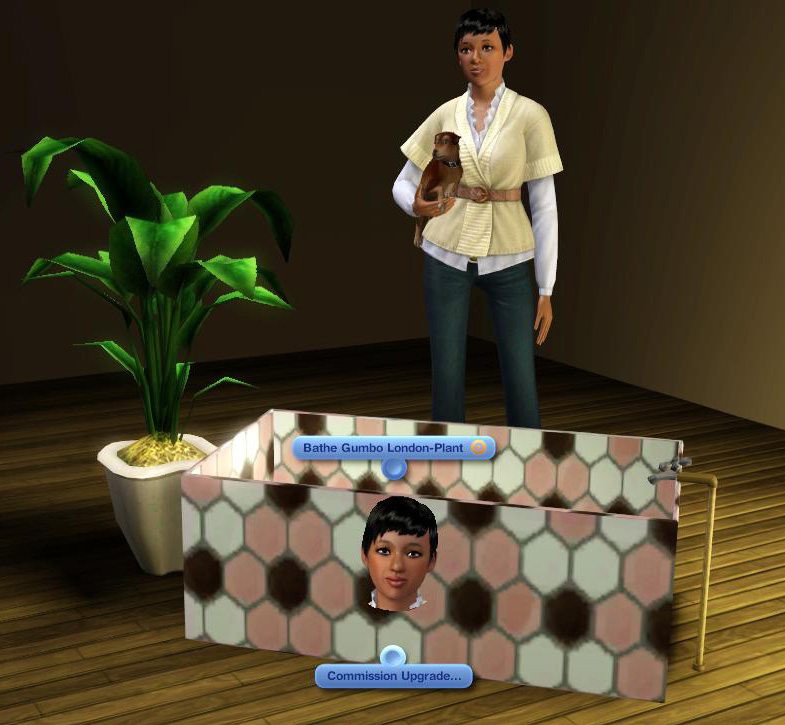 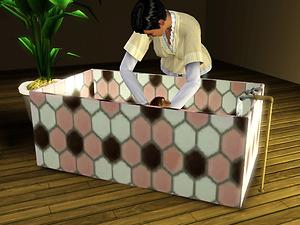 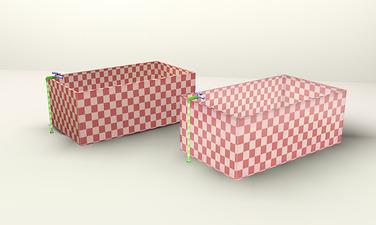 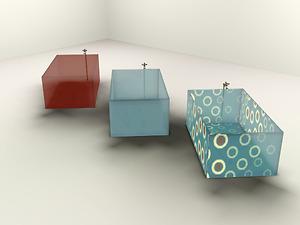 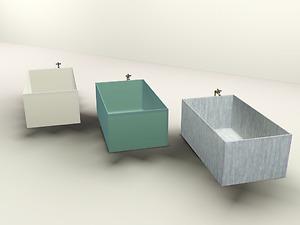 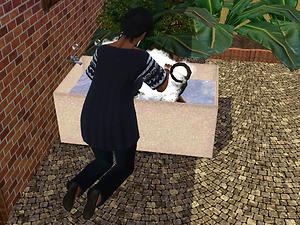 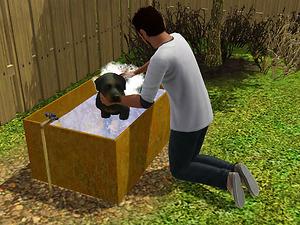 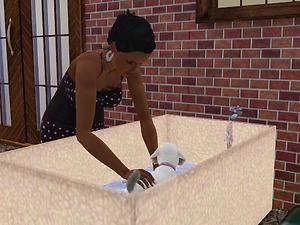 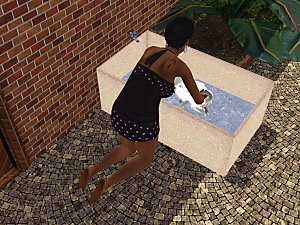 Pet baths for your critters! As the result of the collaborative efforts between CyberBob78 (the Brainz) and daluved1 (the Muscle), they would like to present a new functional pet bath for you to enjoy.

The idea originated from the rantings and ravings of dear sweet Bakafox. She said she wanted real pet baths, so daluved1 tried her best to deliver. She whipped up the tub in a matter of hours and was ready to go, but then she thought of all of those silly sims that would try to hop in the tub, too. That's when the Great Bobarino - the creator formerly known as CyberBob - swooped in to the aide of Dainty Dal and coded her a nice custom script.

So as a result you get pet baths that can only be used to bathe pets, and nothing else! Note: The tub still picks up the ''Commission Upgrade'' option if you have Buzzler's Moar Interactions mod installed. And, like with any other tub, if your sim has enough mechanical skill they can upgrade the tub themselves. And, repair it if it breaks. 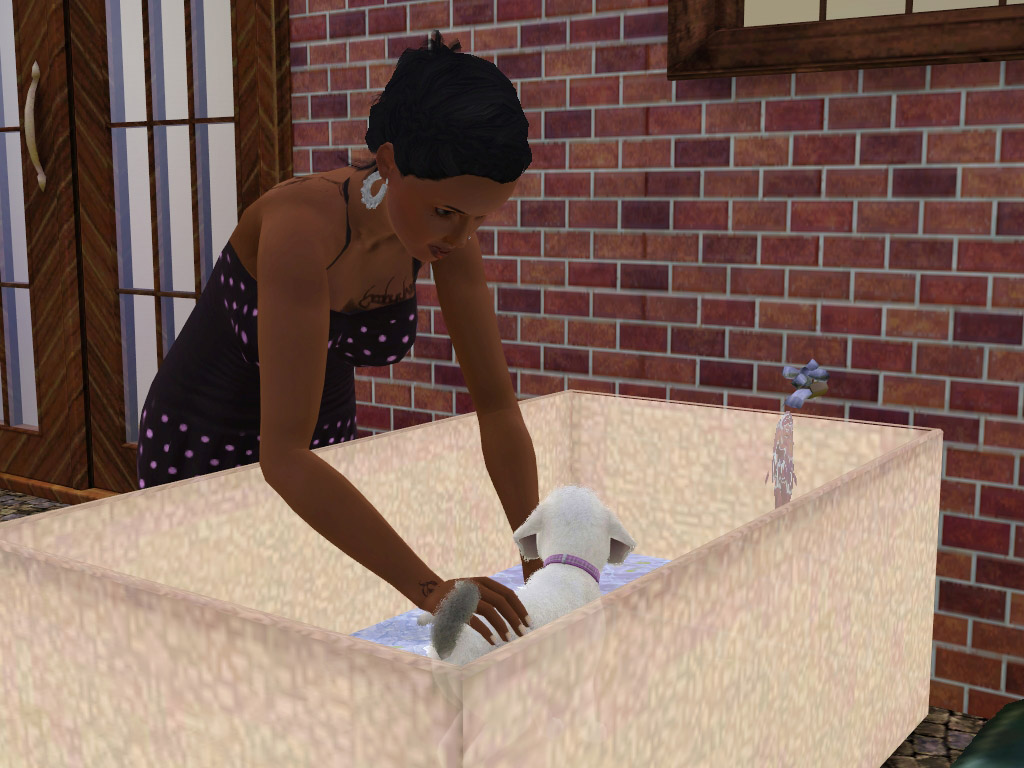 Before I moved to my own apartment, I never washed my dog in the bathtub (he's a shedder and the aftermath was disgusting). Instead, I would bathe him in a plastic bin in my backyard. I mimicked that for the sims version.

The tub was really designed to be placed outside against a wall. This gives the appearance that your sim placed the tub under a water spicket to bathe their pet. However, it comes with internal piping, so you can place it as a stand alone tub if you want to. 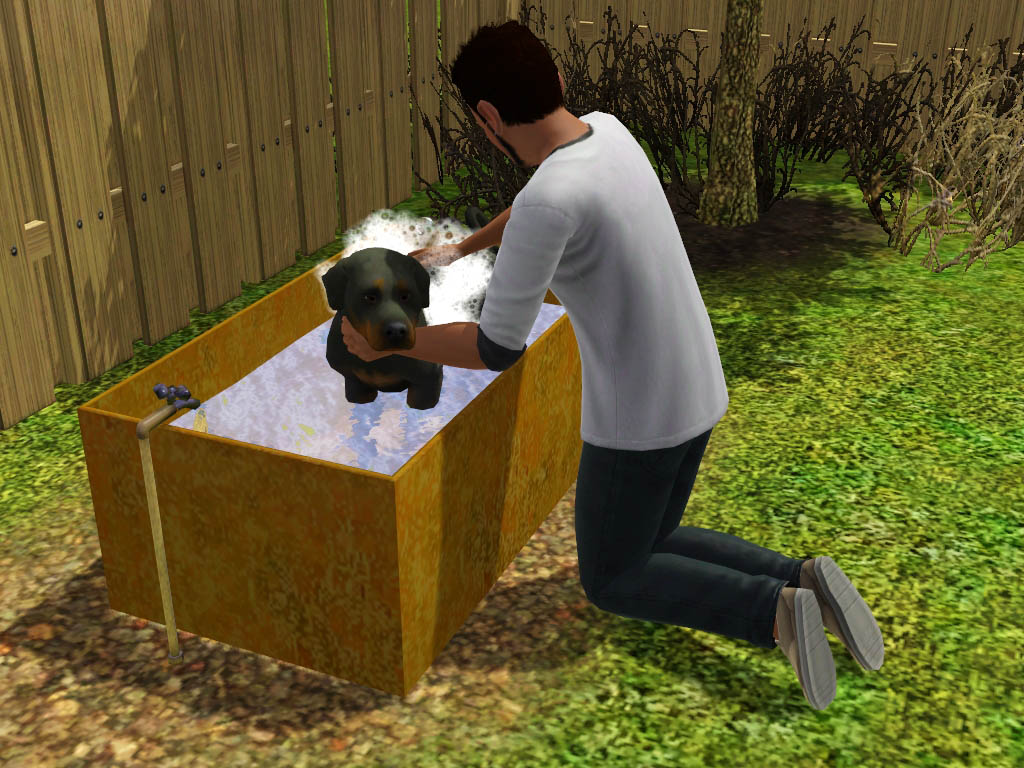 There are two versions of the tub. One that is solid, and another that is plastic (translucent). They're both the same mesh, but one has a different shader applied to it.

Also, to get around that ridiculous condition that a tub must have one free tile on either side, and two tiles in front in order to bathe a pet, the intersection flags were altered a bit. It's set to be allowed to intersect with walls. That way you can place it on the wall and not have the "I don't have enough room" routing issue. So, in buy mode it's going to act like you have MoveObjects turned on when placing the tub. However, sims and other objects will still NOT intersect with it, so you won't have to worry about them trying to walk through it or anything.

How do I get it to work?

In order to have the tubs function, you will need to have Bob's custom script installed. It's an independent package that is separate from the tubs.

Can I make my own pet tub?

I'll admit, my pet tub is pretty boring. So, undoubtedly there will be other creators out there who will do a much better job than me. To make your own tubs, it's pretty simple. All you need to do is change the script class in the OBJK to:

As long as the CyberDal_PetsOnlyTub-SCRIPT.package is installed, the tub will function as a pets only bath.

Conflicts:
Since the tub has it's own script class there are no known conflicts.

However, it picks up some of the same itun modifications that are applied to the CheapTub. For example, if you have the No Autonomous Cat Play In Tub mod installed, then our tub will pick up the same modification. This will not break the tub, though.

Known Issues:
On the plastic version of the tub, the pet will appear to be standing on top of the water. I've tweaked every mesh, texture and parameter possible to fix this. From what I've deduced, this is actually due to the fact that they water display properties are calculated partially by the properties of the basin of the tub. Since the tub has a glass shader, the water appears see through just like the glass. This explains why the water in the solid pet tub works just fine.

Policy:
Please do NOT reupload the script package with your custom tubs. Link back to this thread for the download.

Additional Credits:
Mesh and textures were done by daluved.
Script was written by CyberBob78.
Sim Morphead's hair is by TumTum.
Sim Dal's hair is found at the EA Store.

See: Game Help:TS3 CC Basicswiki for a full guide!
Back to download view
26 Comments / Replies (Who?)