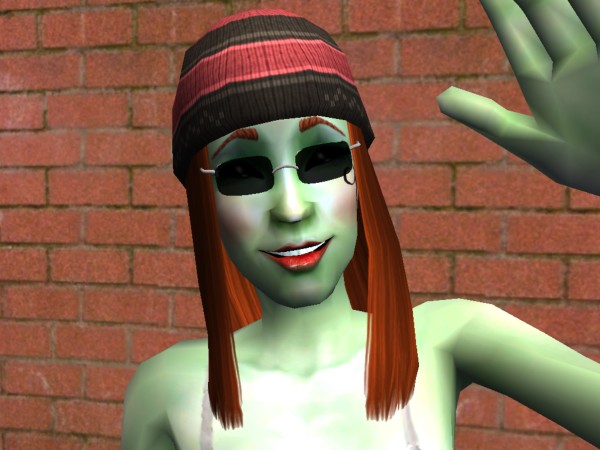 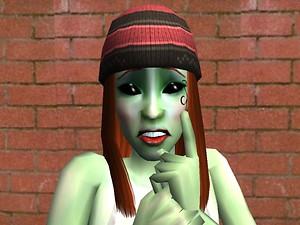 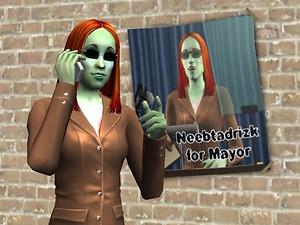 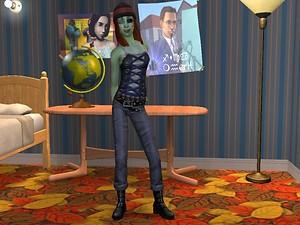 42 Thanks  Thanks     1 Favourited
Earth is Ymn'ixxu's daughter, and sadly enough, directly responsible for her cheese obsession. She was called after the planet her parents and grandparents, crash-landed to, after their spaceship's engine failed.
Tatooed with the Xk'krylg'hnreblvian traditional tattoo of adaptability when she was 8 years old, she witnessed her father's death, and decided that she'd live up to her dreams, and that she'd live like humans.
(Note: She'd probably hate to see she's been posted in the Sci-fi section)
Earth also has an annoying eye complex: she dislikes the shape and colour of her eyes and believes people feel ill-at-ease when they look at them, which is why she always wears sunglasses.
Due to the fact that alien makeup isn't being sold in Pleasantview yet, she also wears red-ish blush, despite the absurdity of that behaviour.
Earth would like to study politics... maybe she could be a great stateswoman, or put bills forward to improve non-human minorities' life and fight discrimination?

NOTE: Feel free to translate her name to your language! She's called "Terre" in mine :p

(Included: a picture of Earth as an adult --wearing alien makeup by sugarandspikes--, even though she's a teen in the archive)

More information about the character: