Mightyena - the hyena pokèmon as your pet 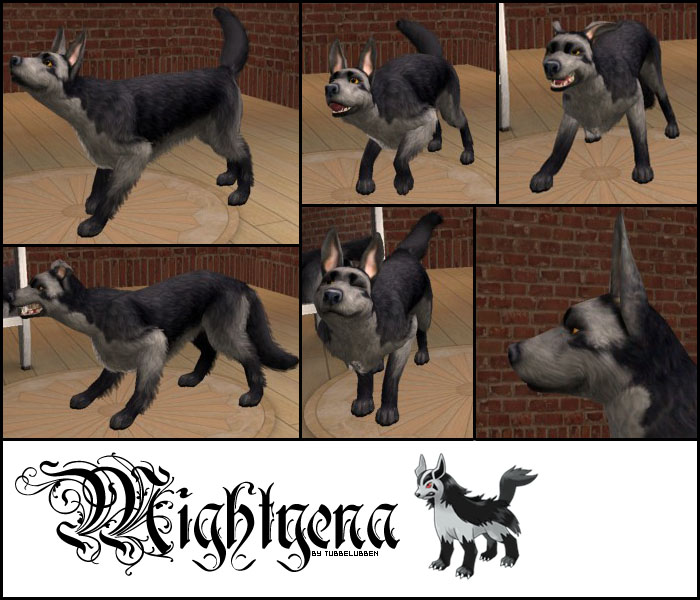 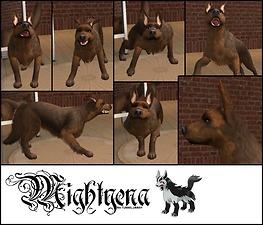 2,921 Downloads Quick download 268 Thanks  Thanks 43 Favourited 32,069 Views
Picked Upload!   This is a picked upload! It showcases some of the best talent and creativity available on MTS and in the community.

Just the other day I was reminded of the good days of pokèmon when I saw the show on television. So I thought that it might be fun to create a pokèmon pet for the Sims. The reason I chose Mightyena is pretty obvius, since it looks pretty much like a dog.

First of all, this thing is of course not completly like the original as that's impossible. The real Mightyena has a really furry back with smoother hair on it's belly. I couldn't create that, but I made it with a hairy belly instead to make it a little more fluffy. I would like it to have more silver coloured fur than it has, but I could't make that at the moment. If I find a way, I'll probably fix it. The markings in it's face is there, but their not perfect either. I also included the shiny version of this pokèmon, but it didn't look that good. The colours were too like each other.

The eyes on the pictures is Awasegg's pet eyes, but they won't be includes as they replaces the default eyes.