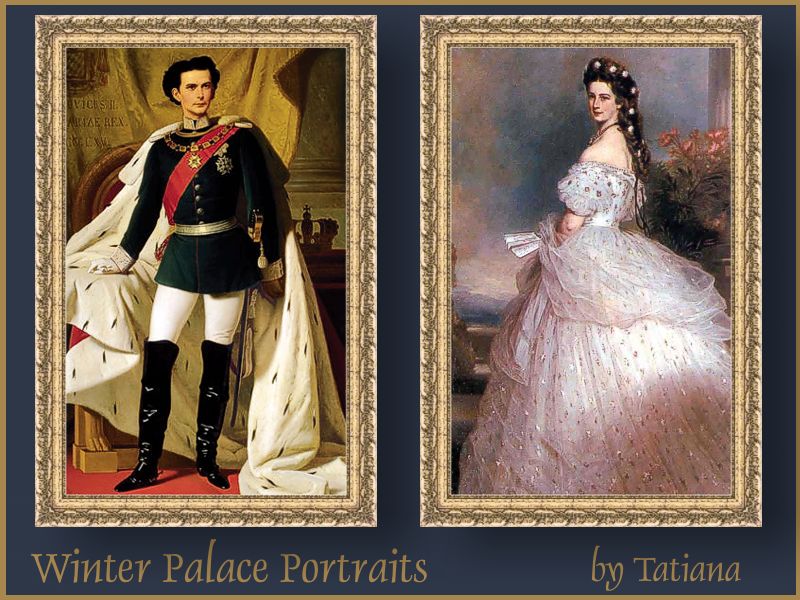 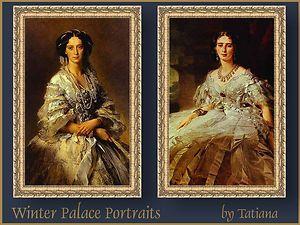 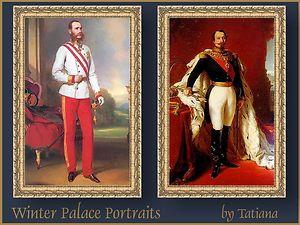 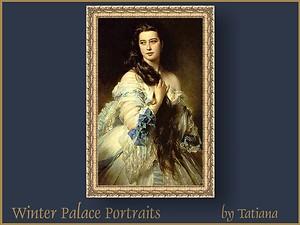 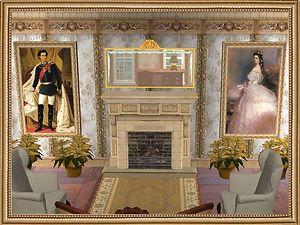 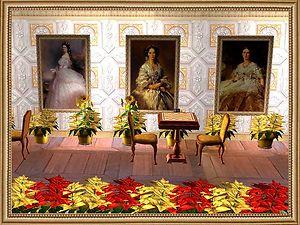 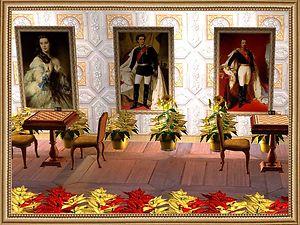 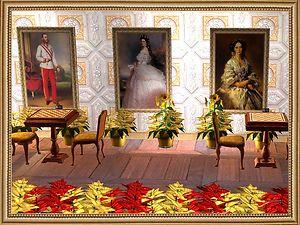 6,517 Downloads Quick download 739 Thanks  Thanks 60 Favourited 49,779 Views
Picked Upload!   This is a picked upload! It showcases some of the best talent and creativity available on MTS and in the community.

This collection was inspired by the Russian Imperial Winter Palace and Ludwig II's Neuchwanstein Castle. When I went searching for portraits of people whom I imagined would be attending the lavish balls held at the Winter Palace, I came across the work of Franz Xavier Winterhalter. This German painter was the chief portrait painter of the imperial family and court of France. He also painted the Royal Families of England and Belgium and many aristocrats from Russia. This collection also contains the work of Karl Von Piloty who painted Ludgwig II, Neuchwanstein's builder.

There are 7 portraits in total including:

I created this collection for my lot Tatiana's Winter Palace where the in-game pictures were taken.

You can find the co-ordinated walls at Tatiana's Walls - Winter Palace 1.

I hope that you enjoy them.

My cc may be reused on FREE SITES only.
My lots are for your in game use, please DO NOT UPLOAD them under any circumstances.

Feel free to recolour and include my meshes in your packages. I would ask that I receive proper credit for my work.

I DO NOT give permission to transfer my creations to other software. Please DO NOT convert and transfer them to TheSims3 for example.

It can take me months to do the research, design and building of my creations. I love every minute of it and I hope that you will enjoy using them as much as I do creating them. :)