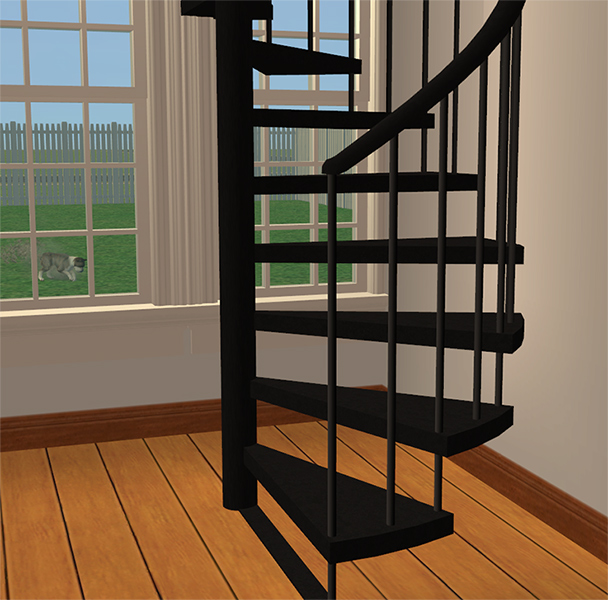 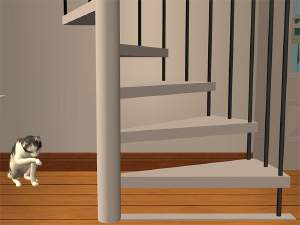 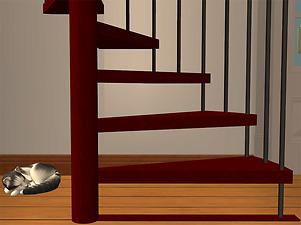 2,671 Thanks  Thanks     124 Favourited
This is a new mesh recolour, and means that you will need to download the particular mesh itself in order for this to show up in your game. See the Meshes Needed section or read the text for more information.
Picked Upload! This is a picked upload! It showcases some of the best talent and creativity available on MTS and in the community.
I can't believe no one has recolored these yet. At least not here. Probably the single most wanted stair item for this game evar!!! I've done five of the stair with the railing as it's the one I always use. I have no plans to recolor the others at this time. I wanted these colors for my own game and since they turned out so well decided to share them.

The only reason I used a new texture is because I couldn't get the white to look anything but washed out on Marvine's lovely wood texture. I then tried several other textures with white... none of which looked any better. So, I was lazy with the white and only used a bit of noise and blurr.

Better than flat white, but not by much. At least I now have white!

I tried marble too, which looked really, really good, but isn't realistic for this sort of stair. It would be waay too heavy in RL. The red, black, brown, and grey are textured. It's not supposed to be anything in particular. Just looked good on the mesh and added some interest. As do the dog and cat in my screenies. :P

So, five colors of Marvine's fantasic mesh with a new texture. Hope you enjoy it as much as I did making it!

It's probably silly to even say this as I imagine there isn't anyone in the TS2 universe who doesn't have these... Make sure you grab Marvine's mesh from the link below in order for these to show up in your game.

The terms of use for these recolors is limited to Marvine's policy. For myself, do what you will with my creations just don't claim them as your own. I don't know why anyone would want to anyway! It's far too easy and too much fun to do it yourself anyway.

Additional Credits:
Lethe and HystericalParoxysm for hints, tips, humour, and allowing me to pick their brainz about white and texturing. Thank you, ladyeez.


These recolours may or may not be endorsed by JLonier.