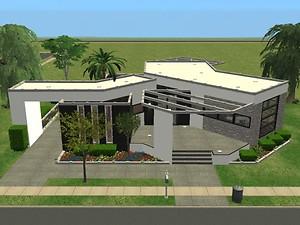 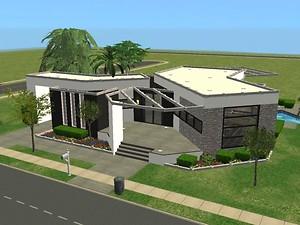 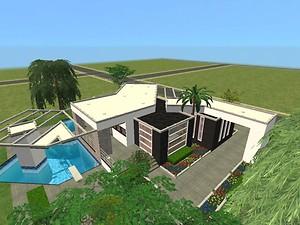 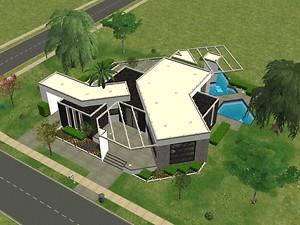 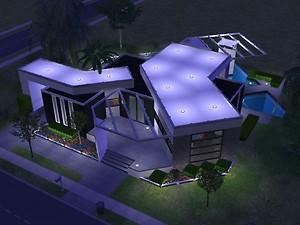 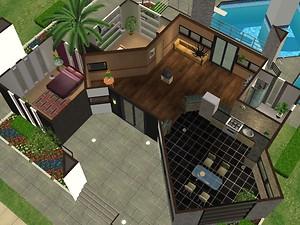 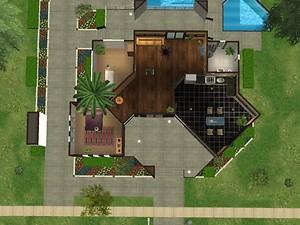 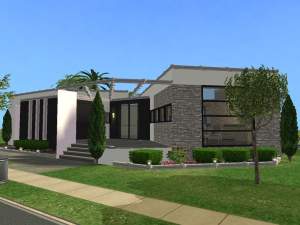 Picked Upload! This is a picked upload! It showcases some of the best talent and creativity available on MTS and in the community.
It feels like it was a long time ago since I posted a non-starter home. I got this idea and knew from the beginning that it would be impossible creating a starterhome. I wasn't sure about the colours until the very end though. But finally I chose black and white. I have almost never worked with a black wall, and I wanted to use the one I made for once.

When I designed this house, I worked with something I call the block method. If you look closely you will see that the house is divided in black and white blocks overlapping each other. Unlike the black blocks, the white ones have a V-formed shapes which I use to create life and variation in the design. They also are a bit higher than the two black blocks.
The structure of the different blocks is easier to notice on the last picture.

One important thing is the mixture of the facade (outside wall). Except the black and white mixture, I have also added one stone part. That stone wall which is included in the original game is really awesome. If you use it right it becomes a very artistic part of the house design.

Windows are also important. They are the final touch of the design and need to fit. Think of them as embellishment. I simply use black windows on the white wall and vice verse. I also use different kinds of windows depending on which part of the building I place them.