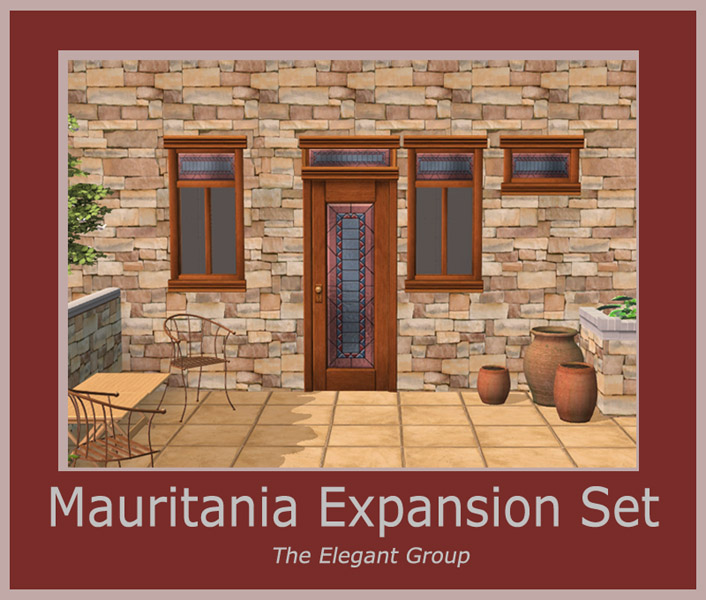 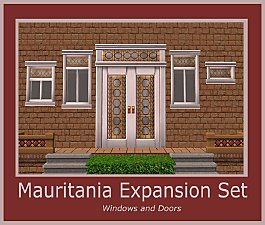 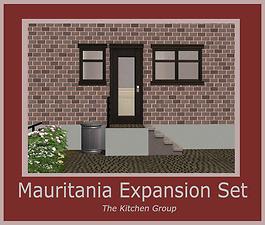 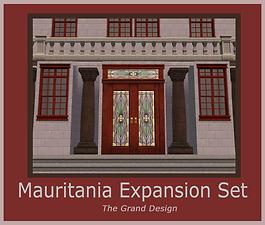 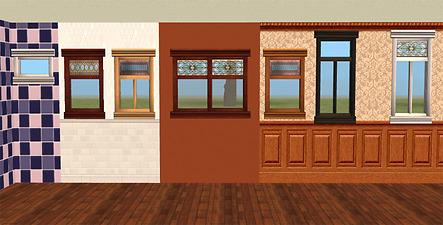 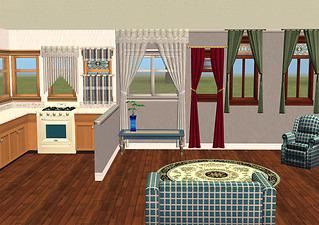 2,629 Thanks  Thanks     144 Favourited
This is a new mesh, and means that it's a brand new self contained object that usually does not require a specific Expansion pack (although this is possible depending on the type). It may have Recolours hosted on MTS - check below the description for more information.
Picked Upload! This is a picked upload! It showcases some of the best talent and creativity available on MTS and in the community.
Whilst working on another project I was looking closely at all the base game doors, and I decided that the base game Mauritania door was actually a really nice door, but I never used it. I wondered why and realised that it was because there were no windows to match. So I decided to make a set of windows - which grew into windows and doors - and here it is - the Mauritania Expansion Set The set is 5 doors and 9 windows and 1 recolour, all repository linked to the Mauritania door, so you have lots of recolours out there! If you would like to use these windows in a street set up in AL, then try my Apartment Door Model Changer to use a Mauritania single door instead of the standard AL door.

This is sort of three sets in one, here are the doors and windows of the kitchen group (the shorter version) shown with the original door; I used my clear glass recolour and I think they look really different and quite modern 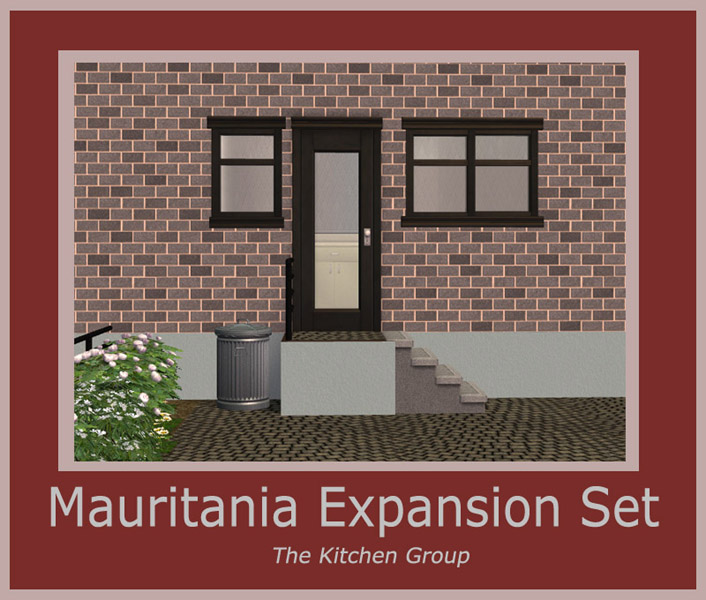 and here is the single transom version with the tall windows. This is much more elegant and thanks to Buggybooz for the planterset and patio chairs which I love to pieces and really make this shot work

and finally - the big double transom door - I made no window for this; rather, I made it to match the height of the beautiful base game craftsman windows; here it is, looking grand and courthousely 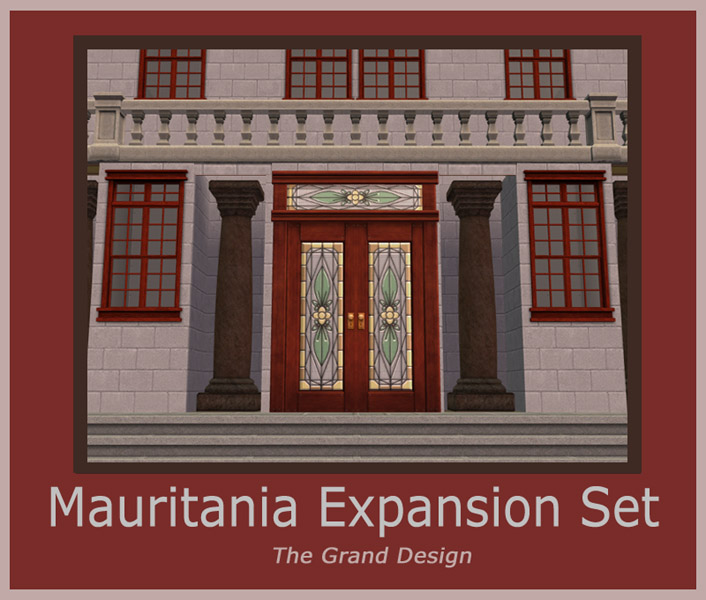 Amythestfenix has included these windows and doors in her recolour of the Manor House Kitchen , you can find it here

Doors: all doors have a diagonal version

Windows all windows have a diagonal version EXCEPT the big staircase window;

Because the windows are linked to the door, then all recolours of the Mauritania door that you may have in your DL folder are now available for these windows. I added a special recolour where the glass is transparent and so if you do not like stained glass, then a plain version is available. I personally like this one the best (headdesk - could have saved weeks of effort

Because these are custom windows, I took a couple of screenshots of the windows in a house setting and with some base game curtains. The small windows will sit above a counter top - the tall windows will cut in a bit but they were made to be extra handsome windows and so not used in a kitchen. The staircase window sits just a little higher than a stage or foundation block, so will look good in game with branched staircase.

This will be my last upload for a while because I have a new job and I have a lot to learn, so I will not be creating for the next month at least. I know I have a couple of requests, and I will work on those, but not in a speedy way, I hope you will understand. I will still log in, so keep those comments coming, but I have less time for creation right now.

EDIT: That was January 2009; now I have had this job for six months - it is great fun, but indeed I create less than I used to. I will start with Sims3 once all the tech types have the new tools ready. And I see they missed this set this time TOO. Tsk.

Additional Credits:
Maylin for convincing me the original window I cloned was borked (Tip - do not clone well wisher window)
PenChris for giving me a builders standpoint on how the windows should be sized

All the tutorial writers at MTS2, especially Numenor and Ignorant Bliss, the guys in the Creator Feedback Forum and in#create, MTS2 for letting me upload this and SimPE and the CEP for making it all possible