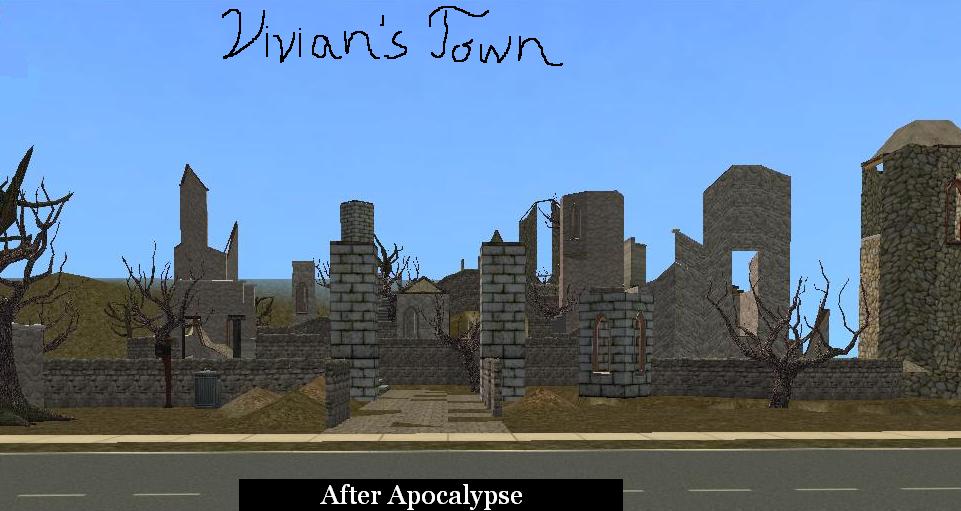 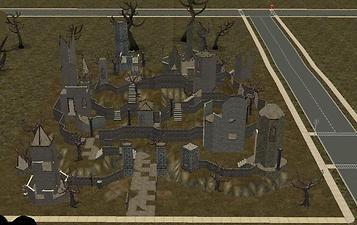 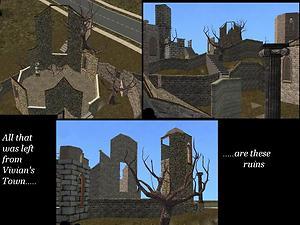 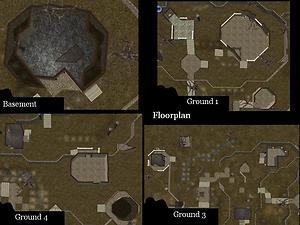 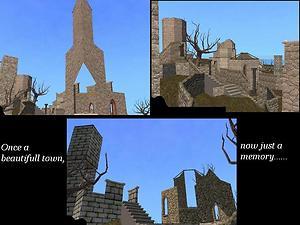 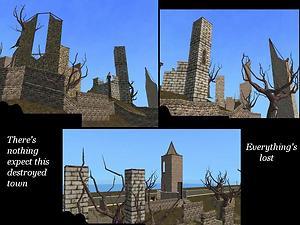 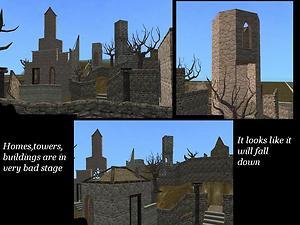 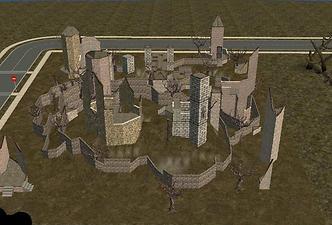 Created by pegasaus View Policy / About Me View Downloads Home

Once it was a beautifull town,where lived queen Vivian-the fairy with her peasants.There was river with fresh water,there were very nice homes and on the hill was Vivian's palace.It was beautifull,unitl one day,which is unforgotable.
It happend in 1550,and Vivian had problems with her enemy,Lucinda.She was jealous,because her town wasn't that good as Vivian's.That day,Lucinda cast a spell and she said 'Espylacopa'and then she summoned The Four Horsmen.

They came to the Vivian's town,and with thair black magic,they destroyed everything!First one was riding white,second red,third black and fourth pale green horse.They were evil,they didn't save anyone.They survived Vivian's strongest spell,she wasn't able to do anything.All that was left behind their monstrous job are old,destroyed buildings. This lot I made for mts2 creator challenge-apocalyptic theme-not Fallout 3 style.I read that it doesn't need to be Fallout 3,it needs to be something destroyed,dirty or broken.I cahnge it a little bit to my style.Also,there aren't many rooms for your sims,they can live in basement.

Lot requires:all eps,all sps(no Ikea) and one cc thing
NOT included
A view to Beyond window at sunni sims http://kimberspace.mattwork.potsdam...-beyond-window/

Even that this lot has very sad history,maybe in your neighbourhood it will have happy future!

You can't upload my creations anywhere!

You may use my lots in your videos, stories, pictures...

It's forbidden to claim my work as your own!

I do NOT take requests!


Other things that I like: red roses, black horses (I adore them!), birds (the best animals on planet), art, music, Moon, night, forests, old castles, mystery... and Phantom of the Opera