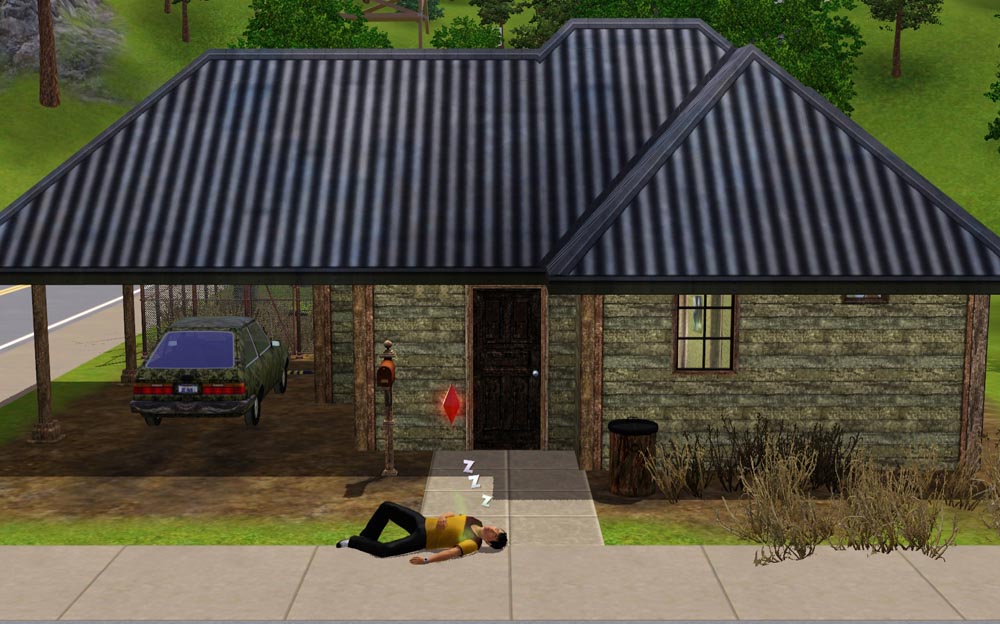 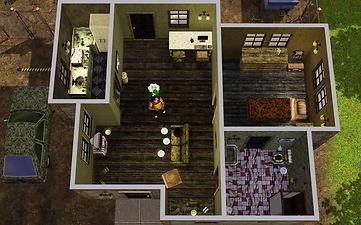 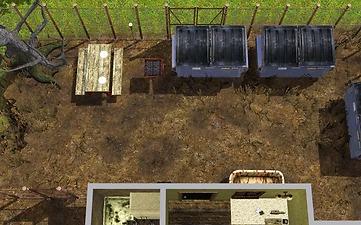 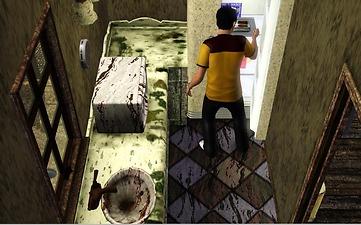 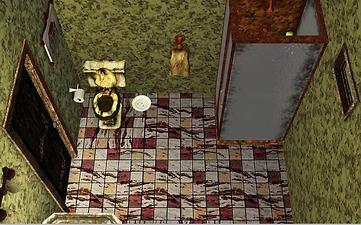 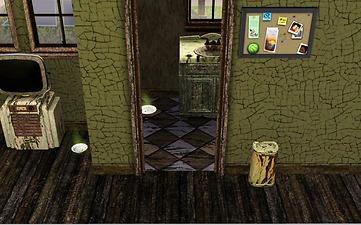 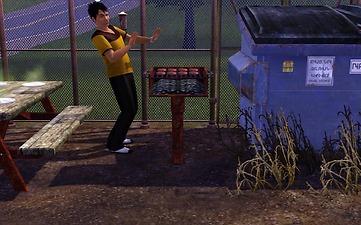 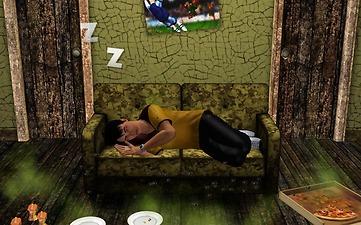 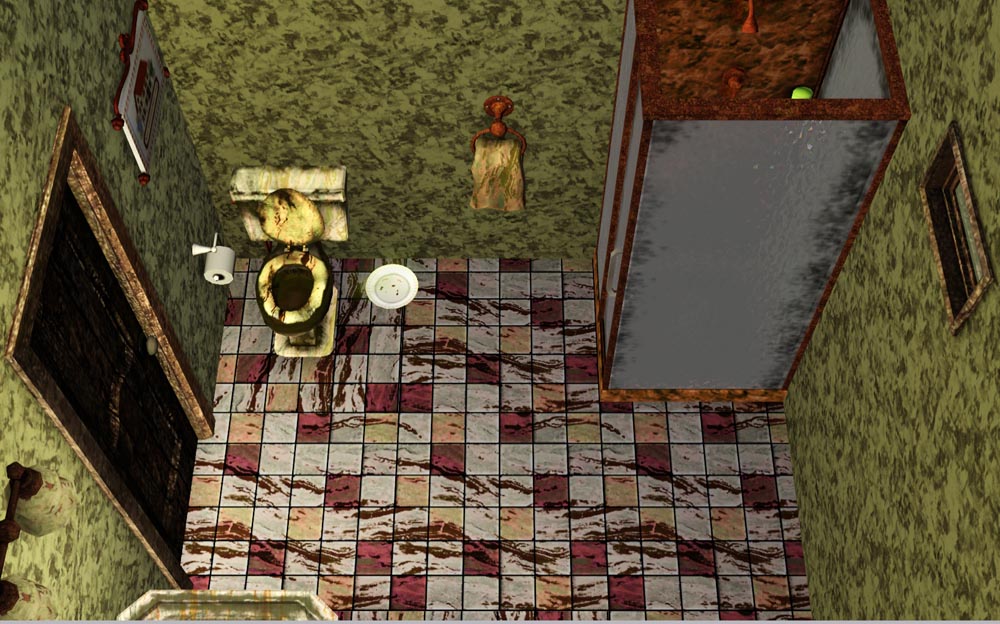 An utterly vile and putrid bastion of filth. The former owner has been absorbed by the system and a private investors group is offering the home 'as is' as part of their social experiment. They maintain that the base structure of this shanty for one is still 'salvageable,' but there are those that heavily disagree. According to ground zero witnesses, the first, brutal impression was a fetid, funk of humanity that struck the senses like a concrete wall flying at 80 kps, followed immediately by a lingering foulness that attacked the gag reflex and could not be blocked by any means. Professional custodians have made an effort to deal with the heaps of garbage, but the damage has been done and much material has been smeared beyond restoration. The anatomy is composed of rotting wood so perished that it is turning green, followed by dingy, cracked plaster that has been snafued from a combination of elements. Rusted metal and stained tiles hit that special, sour note to complete the theme.


The fate of the property falls on you. Will you renovate the house and emancipate it from its taint of misfortune? Will you build upon it with care and consideration so that it rises up from indignation? Or is there a sim that you just don't particularly like that you wish to lock up in misery?

The name of the house comes from news articles in the 1990's about Elena Zagustin and her 16862 Morse Circle residence. She was a Cal State Long Beach civil engineering professor and, apparently, a pack rat with compulsive hoarding. The foul state of her beach house inspired the wrath of her neighbors who filed claims for emotional distress, after which a superior court judge ordered Zagustin to vacate and pay over $300,000 in compensatory damages. She became a fugitive from the law and was last believed to have fled to Nevada. Zagustin's attorney had commented "It was like a mob mentality, [ with the neighbors ] ganging up on her."

The putrid plates, rotten pizza, juice cans, and ice cream cartons seen in the screenshots could not be shared, and they will not appear on the property. The stains seen in the kitchen, bathroom, toilet, and other objects will be visible. The lot was made to be placed and rotated on a standard 20 x 30 lot ( 1,200 simoleons ). Once placed, the lot will cost 15,521 simoleons, leaving the buyer with a budget of 479 simoleons. The weekly bill is around 125 simoleons. This lot was created without any patches installed.

If you need more info, see Game Help:Installing TS3 Packswiki for a full, detailed step-by-step guide!
Back to download view
20 Comments / Replies (Who?)