Star Trek: The Original Series uniforms for your oldschool Sims 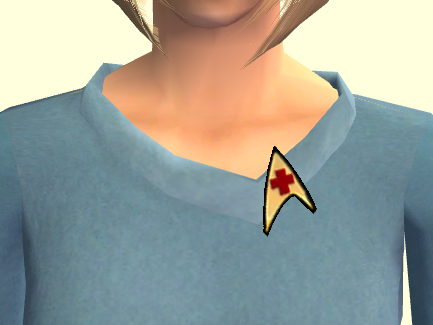 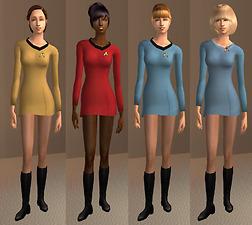 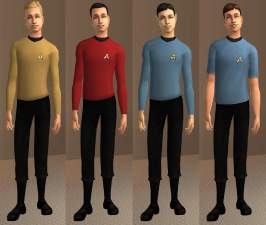 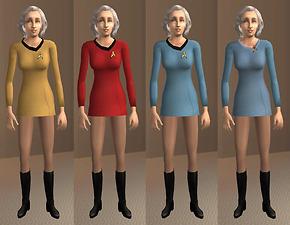 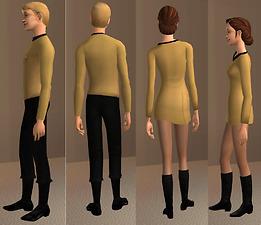 350 Thanks  Thanks     65 Favourited
This is a new mesh, and means that it's a brand new self contained object that usually does not require a specific Expansion pack (although this is possible depending on the type). It may have Recolours hosted on MTS - check below the description for more information.
Picked Upload! This is a picked upload! It showcases some of the best talent and creativity available on MTS and in the community.
I have lost count of how many requests I've got for this. It's been a long time coming, but now I finally bring you: Star Trek: TOS duty uniforms! 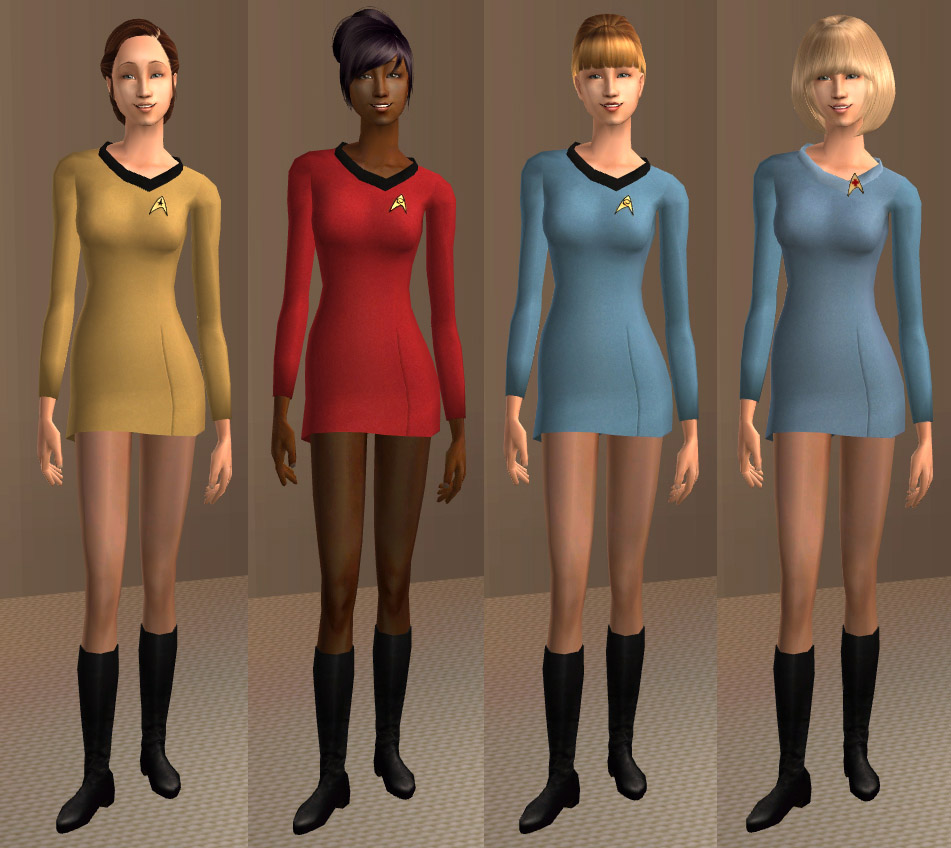 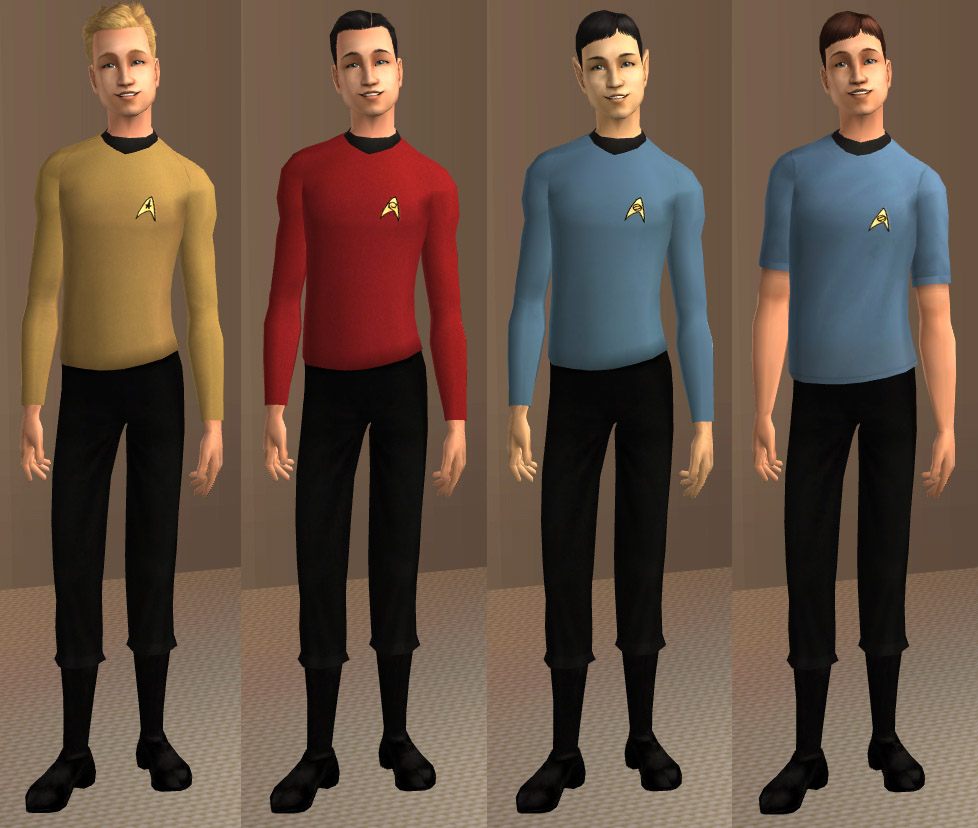 Female elders have their own mesh, but adult and elder males use the same one, just so you don't think I forgot to upload the elder males.

Also, just for the record, the female meshes have an alpha layer - that's where the insignia on the Chapel version resides.

There will be rank insignia as well eventually, but they're not finished yet. Watch this space, as they say.

Image Credits:
Male Sims:
All Maxis, except for the Vulcan skin which is a Rensim blend by me

Female Sims:
- Makeup by Bruno and WhiteWaterWood
- Dark skin by Rensim, light skin Rensim blend by me
- Hair on Command Sim by Helga, recol by Dustfinger@MTS; hair on Ops Sim by XMSims, recol by sabriel5000@MTS; hair on Science Sim by Nouk, recol by icedmango@MTS; hair on Chapel Sim by Rose, recol by Dollify@MTS - all free

Additional Credits:
- Tig and HP, my meshing mentors
- Wes H for the Unimesh plugins
- Quaxi and all the other SimPE developers
- The Milkshape team

Happy Simming, and don't forget to hit the "thanks" button on your way out!