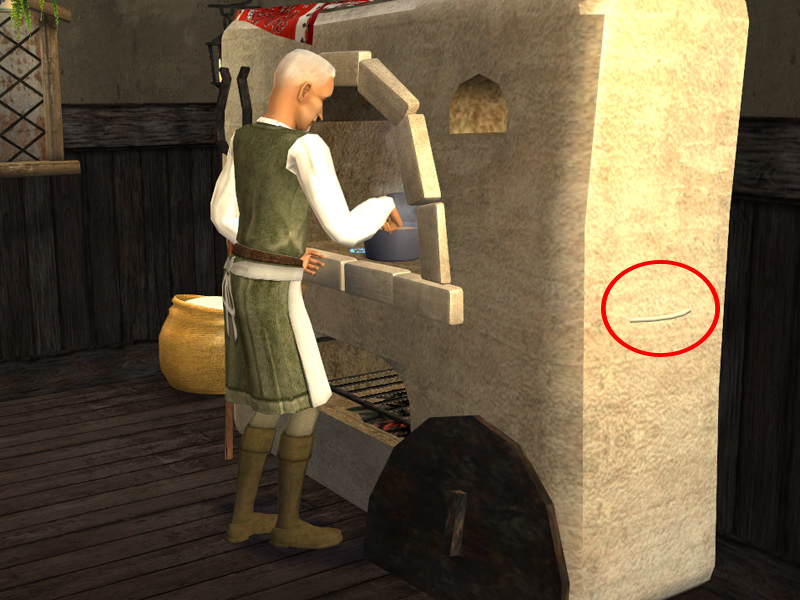 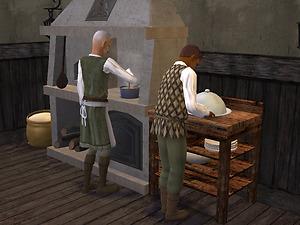 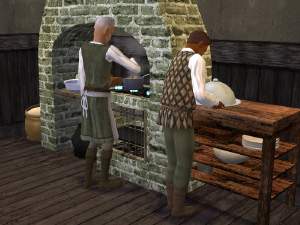 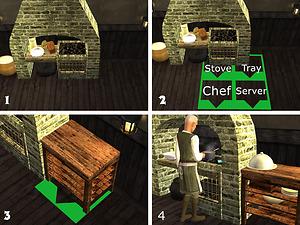 Created by sunni9676 View Policy / About Me View Downloads Home 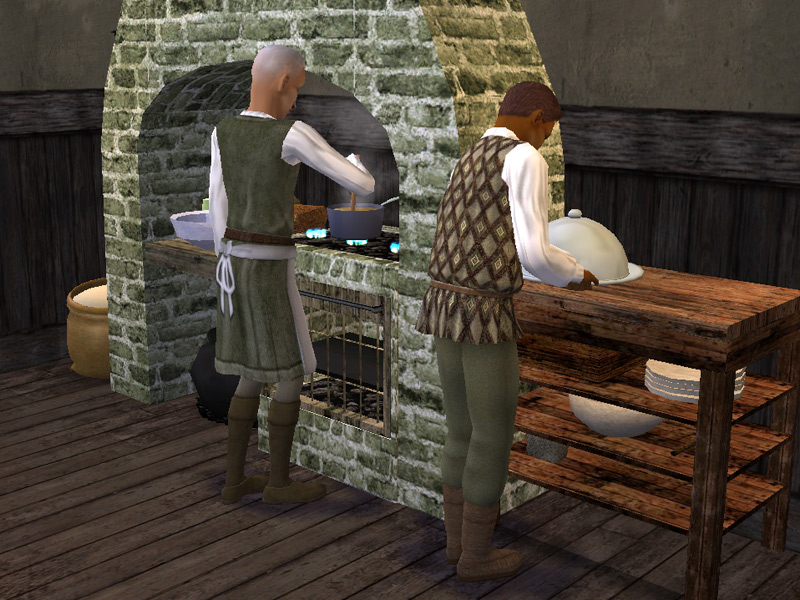 This is an invisible default replacement of the Nightlife Chef Stove made especially for themed hoods in which a modern appliance looks inappropriate. Due to the nature of the object a simple recolor could not be made, or separate unique object. The only option within my abilities was to clone and default replace it, meaning any chef stoves in your game will be completely, totally and utterly invisible. For me, this isn't an issue since I have a dedicated themed game, but it is quite easy to remove/replace it from your downloads folder as needed.

To position the chef stove, start by placing the visible stove, fireplace or surface you prefer. Then, using the 'move objects on' cheat, you can overlap the invisible stove. You can use my placement photo as a guide to positioning it. Note that as the chef works at the stove, he places the serving tray to his right. When using single tile stoves, it is recommended to put a counter next to it so it doesn't appear as if the tray is floating in air.

Stoves used as examples in the photos come from MTS2 (check out the appliance section for several period stoves) and Sims Design Avenue (example 2). The Russian Clay Stove by Jeka (example 1) nearly conceals the serving tray, however the waiter was still able to retrieve it without difficulty. When placing a counter next to Ed's Medieval Stone Hearth by Edta (as shown in the placement photo) you will need to use 'boolprop snapobjectstogrid false' cheat. Without doing that the counter will overlap with the stove, looking unusual. You may need to do the same for other stoves. Just be sure to leave the spots open for the chef and server to stand.

Located in Appliances catalog. Cost is $0. (There is no preview image for the catalog, because the object is invisible, but it will most likely be located first in the stoves section)

Archive Information
This is a Maxis Recolour which means that it is a recolour of an item that already exists in your game. Please check the Expansion pack requirements to see which game pack it recolours.

Please visit my site at www.sunni.us to view and download my creations!

Do whatever you want to my stuffs, just keep it FREE and give credit (either link here to MTS2 or my personal site).