Bowls of Soul and Whatever: 5 Animation Friendly Eyesets 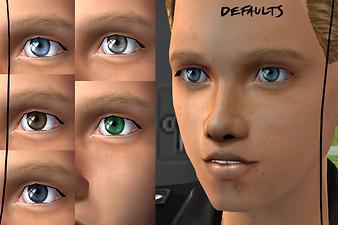 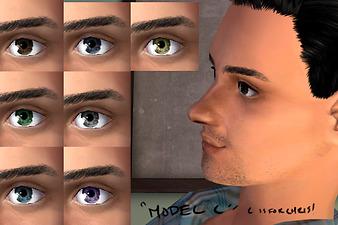 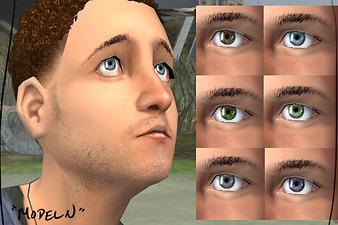 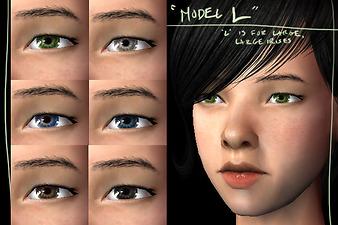 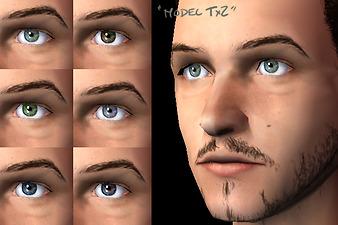 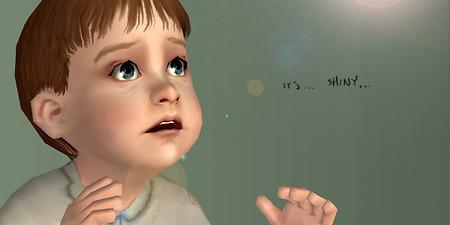 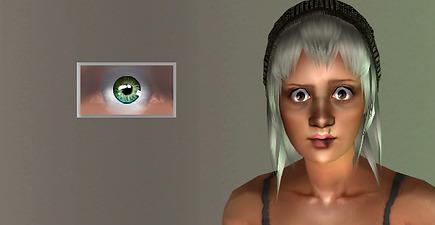 623 Thanks  Thanks     88 Favourited
Picked Upload! This is a picked upload! It showcases some of the best talent and creativity available on MTS and in the community. 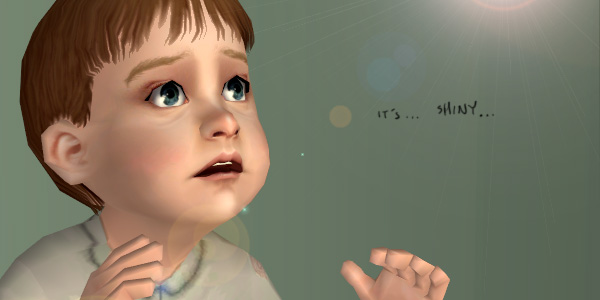 I uploaded this at my LJ a while back. Finally got around to updating here too.

Three hand drawn, one half drawn/half photo, and one photo retouch.
Irises are multiple sizes and shapes for fitting different eye shapes.
Brand new, hand drawn sclera. I might switch it out later, but it animates pretty well. You'll get no random black holes with these eyes.

All geneticized and townified.
You might notice that there aren't that many colors. And that the ones I have aren't consistent among the sets. I don't like having a million colors that I can't see the difference between in game. I just want the basic five, and maybe a couple weird ones for when I feel like making a Mary Sue townie or something.
Generally, we've got a nice dark brown (which seems to get left out an awful lot!), a gray, a couple blues, a green, and either another amusing green or a pretty purple. Model C also has a gold.

N is for Noah, I made these for this sim a while back. The iris is a photo edit. I'm pretty proud of my dark brown recolor though. I think it's pretty.
For big, and/or bug eyes. Large eyes that stick out show more white.

I just finished these. Finally rounding off my collection of eyes. I should never have to download eyes again. Completely hand drawn.
These are larger iris than any of the others I have. Probably pretty average sized for any other game. The texture itself is slightly stretched out vertically to make it ideal for small, squinty or asian eyes.

I use these eyes constantly. I love them very much. Which is why there's seven colors instead of just six. Completely hand drawn.
I made these eyes for Chris who also has bug eyes. But he also has abnormally large irises. The texture of the iris is slightly stretched out horizontally so that they appear particularly well formed on very round/tall eyes.
The two highlights are strategically placed to cover any deformities coming from odd eye shapes. I hate crooked irises. This goes for L as well.

K, if you've ever seen anything by me before, you know that T stands for Tom. It's Tx2 because the first two, "T" and "T+" failed miserably. You will probably never see them.
These are hand drawn as well.
There's no logical reason for these irises being so small. It just looked right as I was drawing them on. Probably because making his eyes much smaller physically throws his stupid Eaxis-controlled proportions out of whack; while making the irises smaller make his eyes seem a bit smaller too. Or maybe because he tends to look down a lot, so most of my references are of him with his head tilted forward.
Whatever. Point being, small irises happened. They're the same size as N.

The iris texture is stock art from somewhere, I tidied the edges and added the highlights, as I recall. It's been a while.
I threw these together back in March when I reinstalled on my new computer. I kept looking at other possible defaults and hating them, so I pulled out my backed up Model N, tidied the Sclera and slapped some nice solid irises on. I don't like my defaults being super insane.


You can recolor them if you like. I sure don't want to. Keep your uploads free or your family will be cursed by a vampire zombie frog plague.
Also, I love being linked to stuff made with my stuff. Because that's fun.