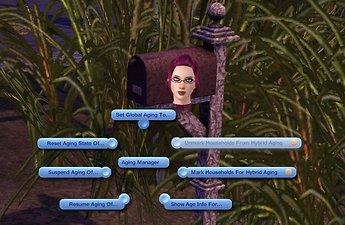 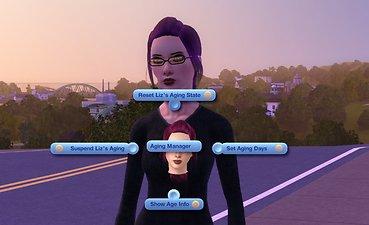 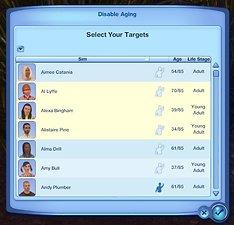 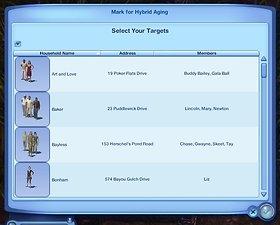 compatibility
Supported for game version 1.67. Should work with game versions from 1.31 upwards, though.

scope
This mod is a rewrite of the second mod I wrote for TS3. I wrote it in 2009 and back then I was new to C#, OOP and the TS3 code base. Thus the code and the whole usability was, er, 'improvable'.

After the Generations patch broke it, I decided that it wasn't worth to be salvaged and began rewriting it from scratch. So here it is, completely new and better than ever.

description
This mod will add a 2BTech/Aging Manager menu to all sims, mailboxes and the city hall. In there you'll find for example interactions to disable/enable sims' aging, reset sims' aging state, show info about sims' age and age sims down to a different aging state. 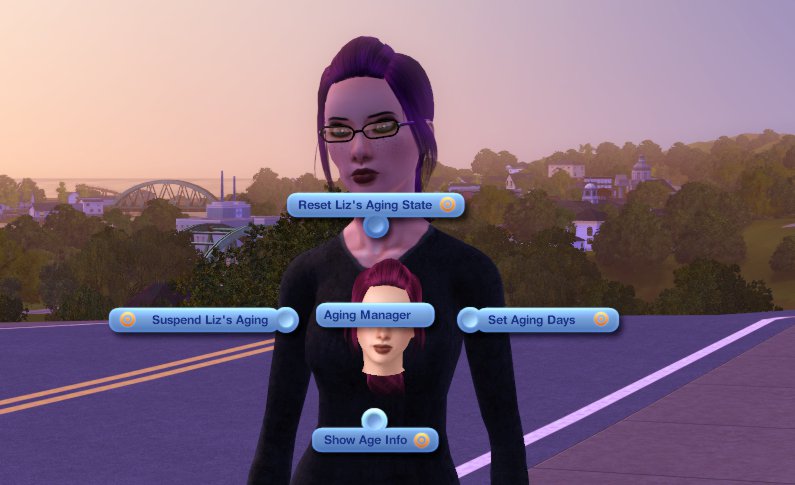 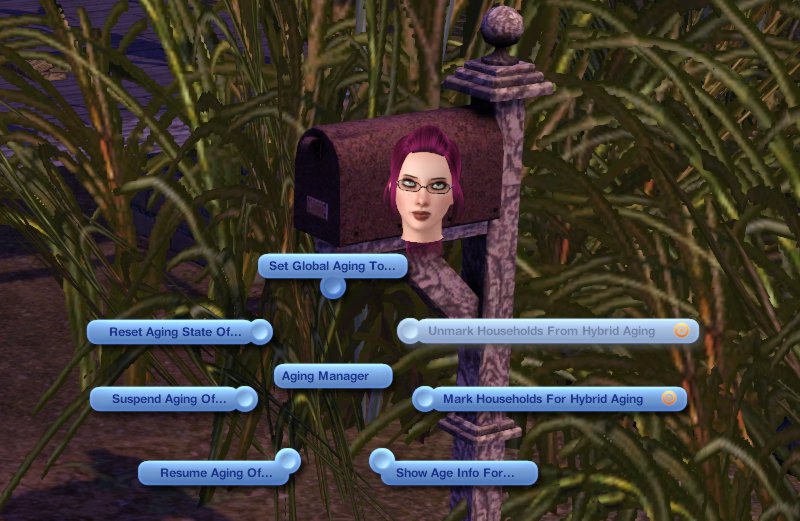 
translation
This mod is fully localizable. If you are willing to support a translation, please read the instructions.


If you are willing to translate, download the source text file and edit it with a text editor. Please be serious about your translation. I don't have the means to check these translations for grammatical or orthographical errors.

Only translate the stuff between the <STR></STR> tags or you will break the localization. Leave the {0.String}/{1.SimFirstName}/etc. stuff unchanged. These are placeholders and will be replaced by the localization code, before the string is shown. You can freely move these placeholders to form sensible sentences though.

Parts like {MA.him}{FA.her} are gender-dependent strings. Translate the part between the point and the closing brace and leave the rest unchanged. You can freely move these around as well and add new ones.

Finally, please change the filename to something that indicates the language you translated to and upload it as attachment in the comments section of this mod. Please save your file in the UNICODE format (if you use Notepad, simply use "Save as..." and you will see a format drop-down menu below the field to enter the filename) and check the translation in-game after I uploaded it. Thanks.

possible conflicts
This is a scripting mod and as such the possibility for conflicts with other mods is very small. Only non-core mods that offer TS2-style aging might possibly conflict.

installation
Please follow Game_Help:Installing_Sims_3_Package_Fileswiki. I can't explain it any better than that. Seriously, I won't even try even if you ask me.

deinstallation
Just rip it out whenever you like. Be aware, though, that disabling sims' aging individually (apart from the global aging setting) will persist independently from this mod.

support
I support my mods. I appreciate bug reports. I don't support mods or custom content in general. It's not an issue with a mod if it doesn't even show up in the game.

disclaimer
Might lead to a serious case of squished brain. Use for rocket fuel. Don't use for stomach ailment.

See: Game Help:TS3 CC Basicswiki for a full guide!
Back to download view
145 Comments / Replies (Who?)