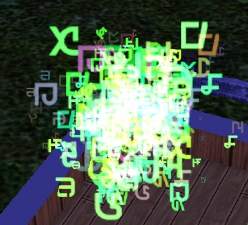 101 Thanks  Thanks     15 Favourited
It's been a while since I've uploaded a mod, and I'm still unsure whether I'm making the right decision by uploading this mod.

This mod is in its late alpha/early beta stage. I want detailed feedback on any problems experienced with using this mod. I'm not even sure of the earliest patch level that will support this mod.

Requirements
This mod requires at least patch level 1.5.82.002001, the patch released on the same day that the World Adventures expansion pack was released.
If this object is unable to work with this level of patch or any after it, please let me know and I will look into either making it reverse compatible or updating the minimum patch requirements.

Compatibility:
This mod is compatible with every patch level from 1.5.80.002001 (World Adventures) to 1.24.3.012001 (Town Life). If it is unable to work with any patch level in between those, please let me know and I will attempt to fix it to ensure reverse compatibility with your patch level.

WHAT THIS IS:
This object is an extended version of the original Ambitions Fog Emitter object, as discussed here. It extends it by adding the capability to set various properties of the effect. I mainly created this object to aid highly skilled data miners in deciphering the meaning of the SWB resources, which are used to store the data effects. Those interested will find that this package actually contains its own custom SWB resource with a working copy of the candleburning effect named chaos_candleburning and a working copy of the zzz effect named chaos_zzz. Both of them can be altered and experimented with, and if you're skilled enough, you could even try adding copies of additional effects to the SWB resource.

WHERE THIS IS:
This object is located in the Functional Buy Mode in Decorative...Miscellaneous for $0.

Reset Visual Effect Copied from the Ambitions Fog Emitter object. This resets the effect played by the object back to its default, chaos_zzz.

Enable/Disable Visual Effect Copied from the Ambitions Fog Emitter object. This enables or disables the visual effect that is played by the object.

This runs the effect once rather than looping it, and then displays a styled notification of the total time the effect took to play.

This displays all the effect properties that you the user have set for the effect.

This allows you to set the values of the custom properties for the effect, including things like headline text, texture overrides, float parameters, and int parameters.

This allows you clear the values of specific custom properties that you have set for the effect. Please note that you must restart the effect by using the Disable/Enable Visual Effect interaction to get the effect to revert back to its original properties after you have cleared the custom ones.

I chose bookexplodestanding for the effect and chose the interaction Set Effect Property-->Float Parameter-->kParamParticleLifeScale, and set the value to 100: 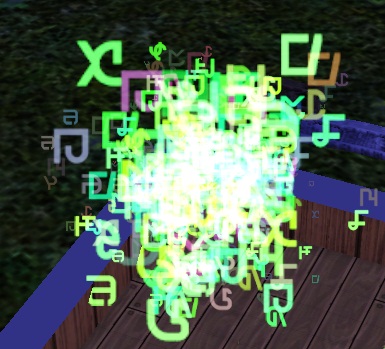 I chose candleburning for the effect and chose the interaction Set Effect Property-->Float Parameter-->kParamParticleLifeScale, and set the value to 1000. Right next to it you can see a candleburning effect being played without any custom properties set.

See: Game Help:TS3 CC Basicswiki for a full guide!
Back to download view
18 Comments / Replies (Who?)