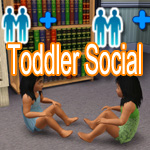 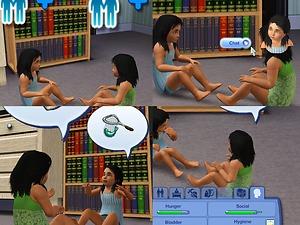 1,174 Thanks  Thanks     160 Favourited
Picked Upload! This is a picked upload! It showcases some of the best talent and creativity available on MTS and in the community.

THIS MOD IS OBSOLETED

It's safe to use this mod within current patch level, but probably I won't support further change only for this interaction, and if you got "Toddler Interaction", you won't need this one anymore and it's safe to delete this mod.

This mod adds a new interaction between two talkative toddlers! Siblings may socialize and be friends with each other before both of them become children.
Enjoy!

Notes:
Interaction only available if both toddlers learnt talking.
The interaction is autonomous, they will chat when there is someone to talk to. 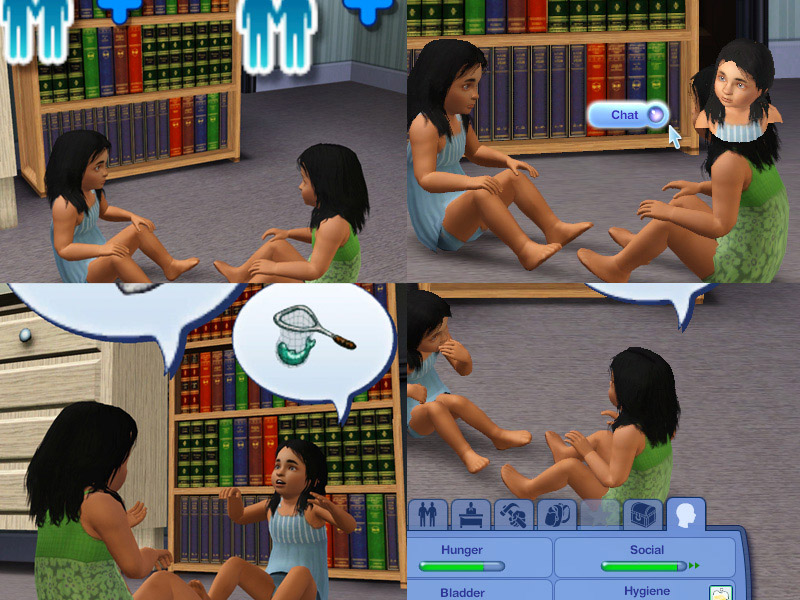 Language Support:
This mod is using original text and does not require any translation.

Compatibility:
This mod is built and tested under 1.34 game version, it should works for 1.31-1.33 too.
Animations used in the mod comes from the base game thus no expansion packs are required to use this mod.

Additional Credits:
Thanks to Peter and Inge Jones for S3PE.
Thanks to all writers of general modding tutorials on MTS.

See: Game Help:TS3 CC Basicswiki for a full guide!
Back to download view
101 Comments / Replies (Who?)