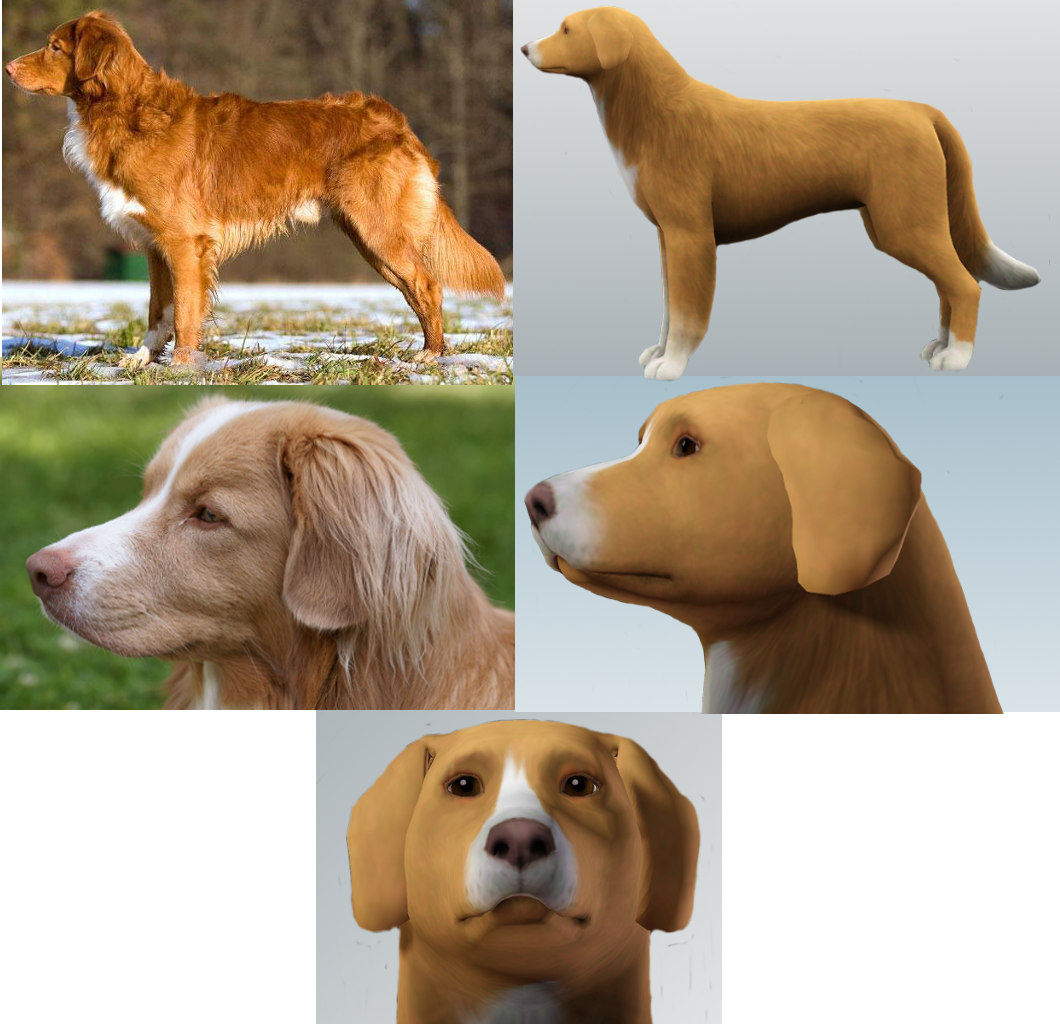 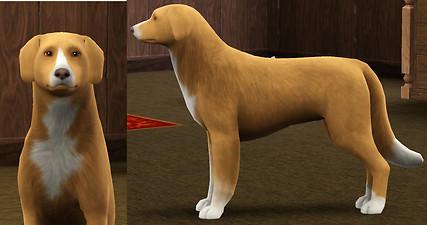 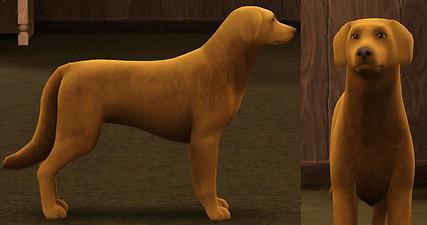 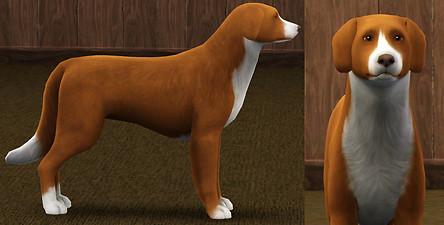 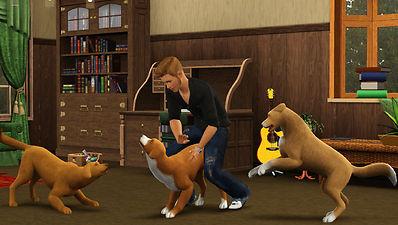 52 Thanks  Thanks     14 Favourited
As one of my favorite breeds, I felt that the Nova Scotia Duck Tolling Retriever, Toller for short, should be in the game. Comparison photos and detailed views of each dog are attached above.

The Breed
The Toller is a gundog originating from Canada and looks somewhat similar to a Golden Retriever and is similar is size as well. It comes in varying shades of orange or red, with or without white markings. They are known for their unique hunting style in which the hunter stays hidden and lets the dog play near the water, often tossing a ball or stick for the dog to retrieve. This lures curious ducks or other waterfowl closer after which the hunter will call the dog back and rise up, scaring the birds into the air. When one is shot down, the dog's job is the retrieve it.

Note: My dogs do not look as fluffy because my graphics card does not allow proper display for fur, but they should look nice and furry for those with a proper graphics card.

Dixie - Female
Dixie is a natural hunter and would really love to be with a Sim who will put her natural instinct to use. She is very friendly with just about everybody, but can be a bit bothered by noisy, rowdy toddlers and children. Like many retrievers, she loves water so letting her hop into the pool would be a blast for her. She may also make a mess when it comes to bathing since she'll want to play rather than get clean! She would make a great pet for any family or single Sim willing to give her plenty of love, attention, and exercise.

Mikey - Male
Mikey is quite shy and will want to stick to his owners side and sleep with him/her. He prefers men over women and is skittish around children. Despite his shyness, he's incredibly loyal and would make a great watchdog. He loves using his mind so he is quite easy to train and is a true people pleaser. He won't mind other dogs, cats, and won't bother small animals but would prefer being an only pet. He won't fair well being left outside so his owner should be ready to let him stay indoors most of the time. He would fit best in a family without children with an patient, understanding owner.

Loki - Male
Loki is a ball of energy. He loves playing, running, swimming, anything active. He is quite adventurous so you'll need to keep an eye on the little rascal as he could quickly get into trouble or just make a mess of something. He would make a good watchdog and will definitely make some noise should a stranger come onto the property. He is very active so he'll need regular walks to keep him from taking out the excess energy out in an inappropriate way. He would best fit in a family without small children as he may be too rough with them.

Custom Content
Pharoah Hound's Tail Thickness slider was used for these dogs.
Though not needed for them to work, Traelia's Fetching Dog Eyes are seen on these dogs. I do recommend using them though, because they look way better than the normal game ones.

Screenshot Credits
Custom content and poses used/seen in the screenshots.


Seen on the Sim (made by me):
- Facial hair by CreatureFear
- Hair by Lapiz Lazuli
- ESkin Natural by teru_k
Poses:
- Dog Play Poses by Pharoah Hound
- I Love My Pet by Kima Melon

Everything else seen in the screenshots is from the base game or some expansion. I'll let you know exactly where if you are curious about something in particular.

If you need more info, see Game Help:Installing TS3 Simswiki for a full, detailed step-by-step guide!
Back to download view
5 Comments / Replies (Who?)