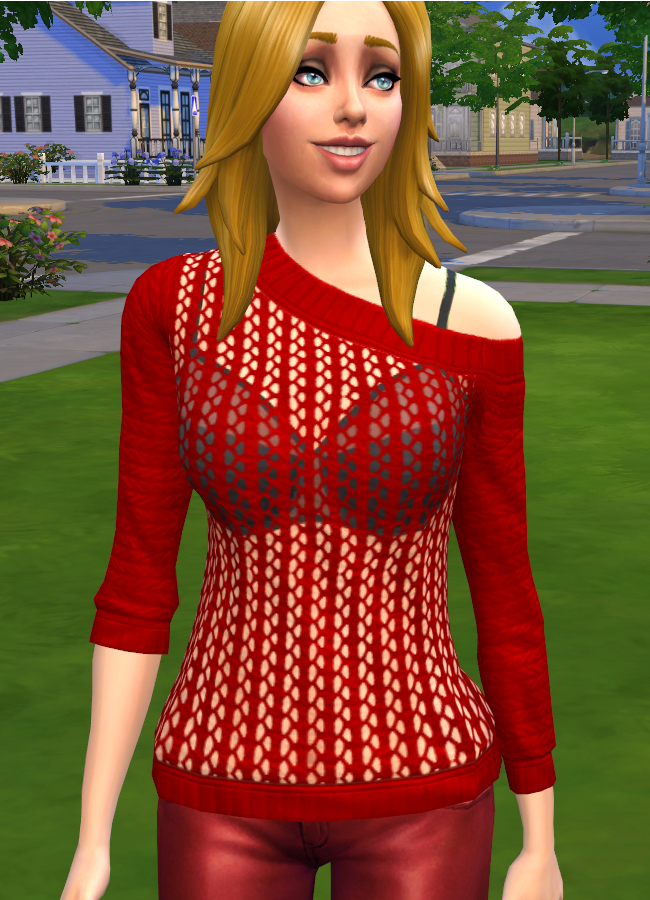 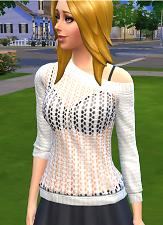 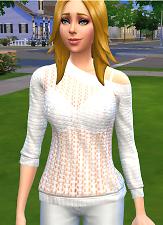 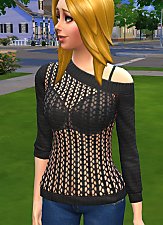 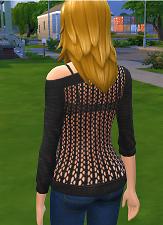 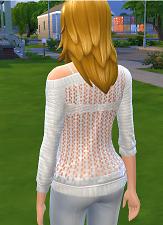 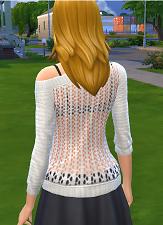 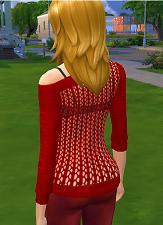 639 Thanks  Thanks     154 Favourited
This is a new mesh, and means that it's a brand new self contained object that usually does not require a specific Expansion pack (although this is possible depending on the type). It may have Recolours hosted on MTS - check below the description for more information.
In the second of my series of "What Lies Beneath", this time sees an off the shoulder jumper, like that wasn't provocative enough, in a large knit mesh style. 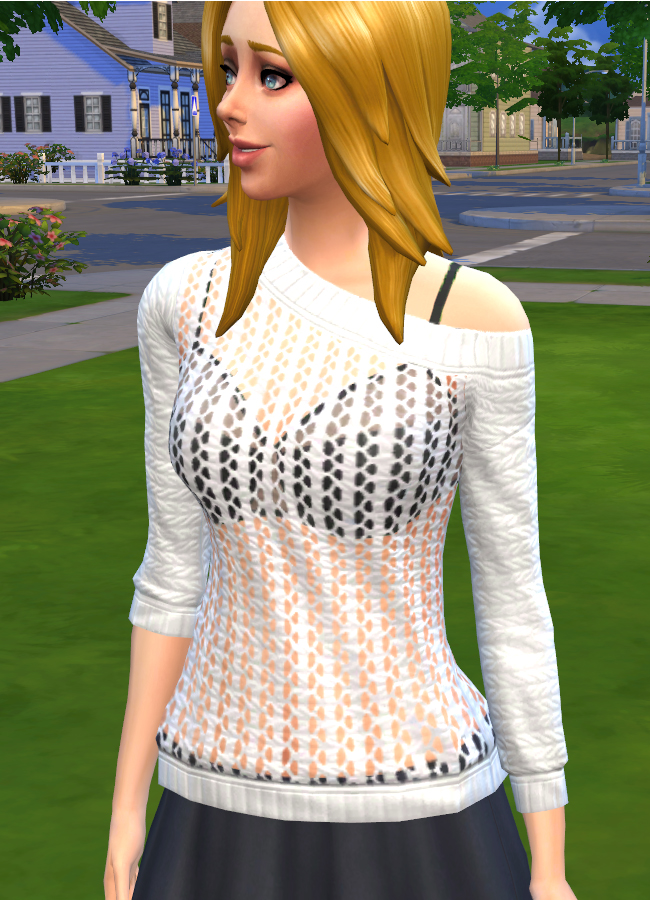 This is quite revealing, have you got a sim brave enough to wear this...and if they do, can they pull it off?

Available for YA through Elder, in Everyday > Tops.

There was an issue with the shader image, causing some pixelation at lower LOD's. For the time being, I removed the shader as the effect was neglibable.

It would seem that that priority is getting changed depending on the bottoms it is paired with...not sure how I go about solving that at present, but as soon as I work it out I will update.

The affect is certain bottoms will be visible beneath the mesh of the jumper as they should be, and others won't be.