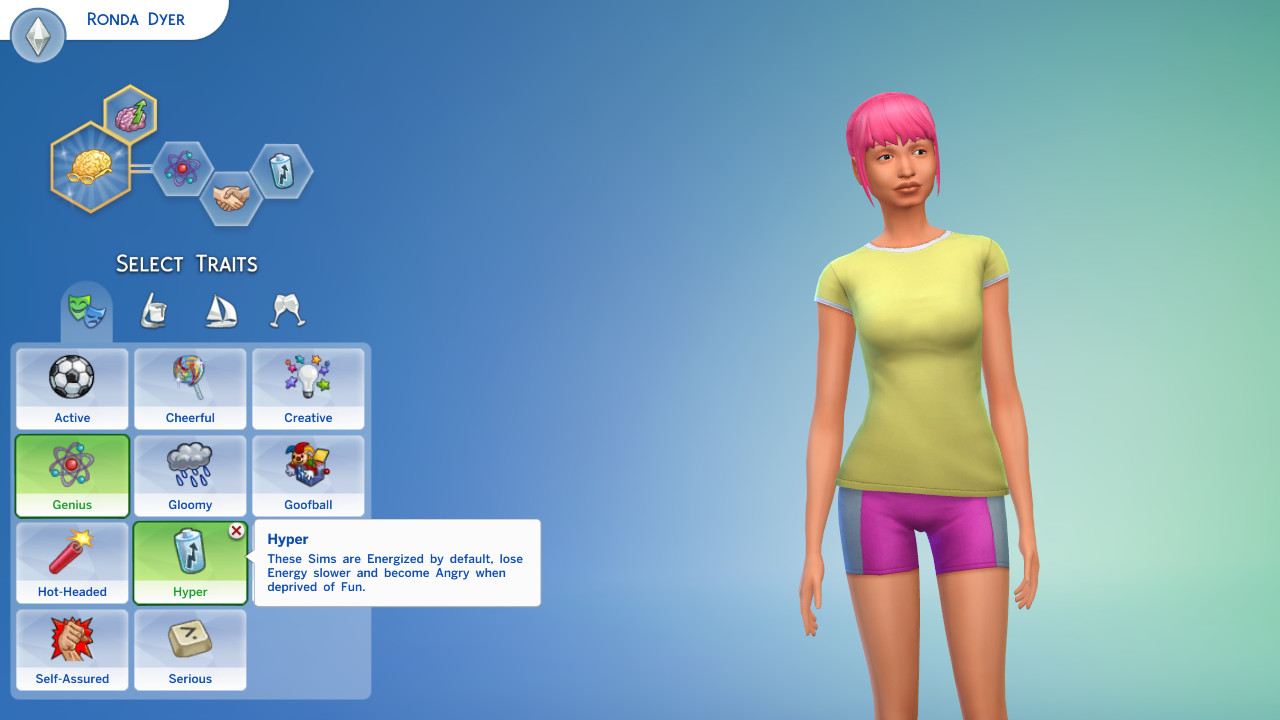 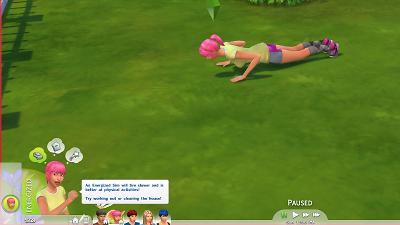 Created by Zerbu View Policy / About Me View Downloads Home

I bring you a new trait for you to enjoy in The Sims 4: the Hyper trait.

This trait has a new effect that no base game trait has: it resets the default emotion from Fine to Energized. This means that Sims will be Energized when they have no buffs, instead of Fine.

The Hyper trait has the following effects…

I was not able to get trait conflicts working, but hey, if the player wants to give their Sims a weird combination of traits, then more power to them.

Since this mod only creates new files and doesn't override existing ones, it shouldn't conflict with other mods. Please note, however, that if used alongside other custom traits with conflicting effects, only one of the traits will actually take effect, which one it is appears to be random. This trait should have no technical conflicts with any base game traits, though they may seem strange together.

This mod has been tested with the patch released on 1st October 2014.

These Sims are Energized by default, lose Energy slower and become Angry when deprived of Fun.
Ages:

These Sims are Energized by default, lose Energy slower and become Angry when deprived of Fun.
Ages: