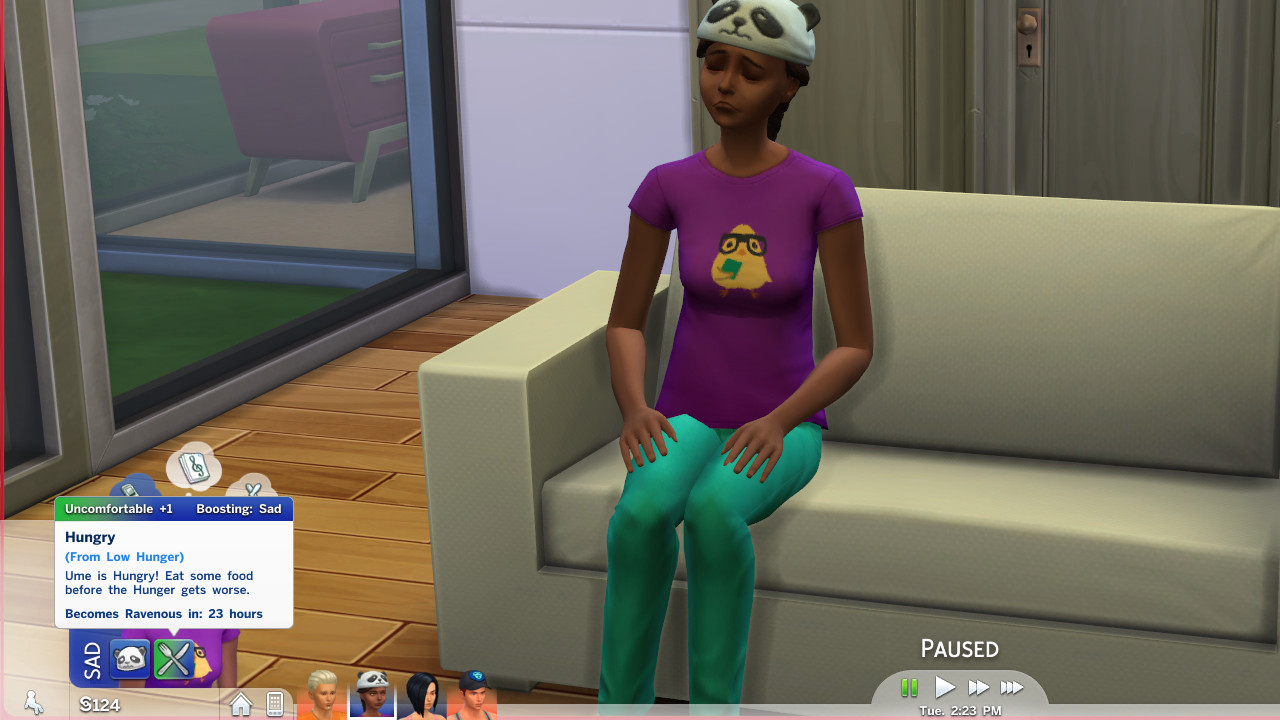 Created by Zerbu View Policy / About Me View Downloads Home

With this mod, the “Uncomfortable” emotion will boost other negative emotions the same way the “Happy” emotion does with positive ones.

Sorry that the first half of the icon shows the “Happy” colours. It was not possible to change that.

This is the successor to my older Buff Emotion Changes mod. The other mod will still be available for those who still want it, but the two mods should not be used at the same time, as they will conflict with each other.

It isn't possible (at least not in any way that I know of) to disable the effect for certain buffs, so all Uncomfortable buffs will be effected. Don't worry, the buffs will still have their original effects - for example, Sims with the "Really Has To Pee" buff will still perform the low bladder walk and animations. The only difference is that they'll also enhance another negative emotion.

As well as altering the Uncomfortable emotion, this mod also makes other changes.

This mod overrides the following, and will conflict with other mods that do the same:

This mod has been tested with the patch released on 21st October 2014.