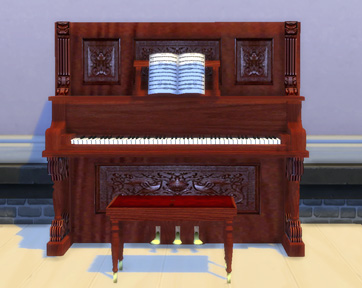 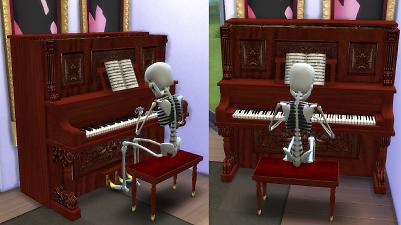 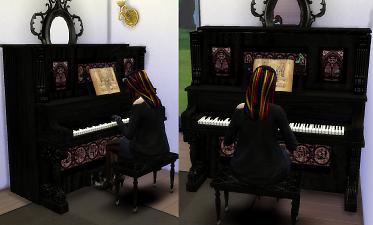 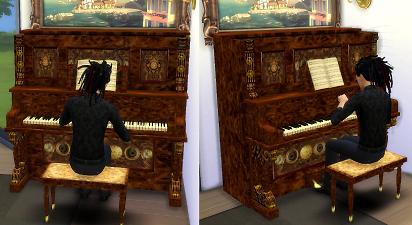 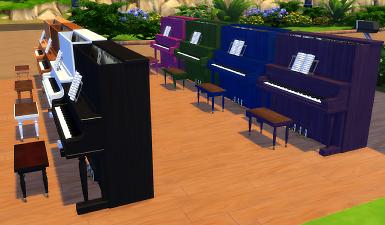 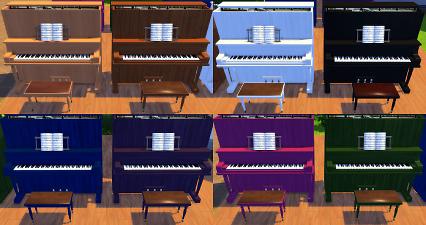 671 Thanks  Thanks     150 Favourited
This is a new mesh, and means that it's a brand new self contained object that usually does not require a specific Expansion pack (although this is possible depending on the type). It may have Recolours hosted on MTS - check below the description for more information.
UPDATE April 2 2016: I decided to have a little variety and made an additional version of this piano in which I removed the 'fancy' trim from the mesh and gave it a new plain wood texture. The second version comes in 8 colours, as depicted below in the 4th composite pic below.

I also updated the original version to re-fix the footprint, which started to not work quite right after some patch or other. If you've had any footprint issues with the original version (eg, sims walking through the piano instead of around it), please download the new April 2016 version and copy it to your Mods folder and let it overwrite the old .package.

Here's a conversion of the funky old 'Chimeway and Daughters' upright Saloon Piano from The Sims 2, to give us another compact cc piano we can use in our sims' homes instead of those massive grand pianos the game came with. It's found in the Activities section in Buy Mode and costs 1000 simoleons.

As well as the original Sims 2 saloon piano texture, it's also packaged with two new themed textures. Below, Mr Skeleto plays those bones on the original TS2 version: 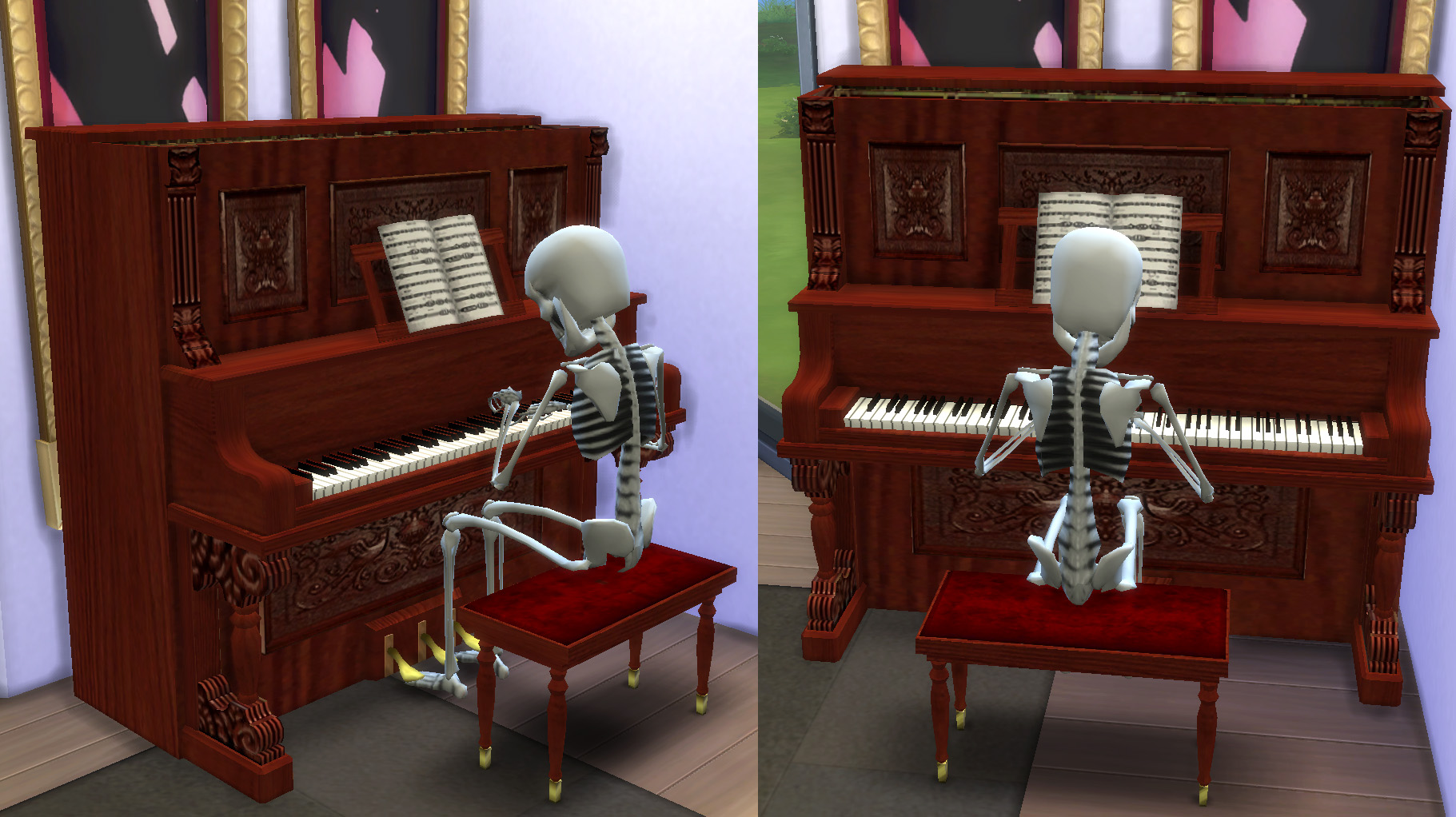 Next, a Gothic-themed piano in black and muted purples: 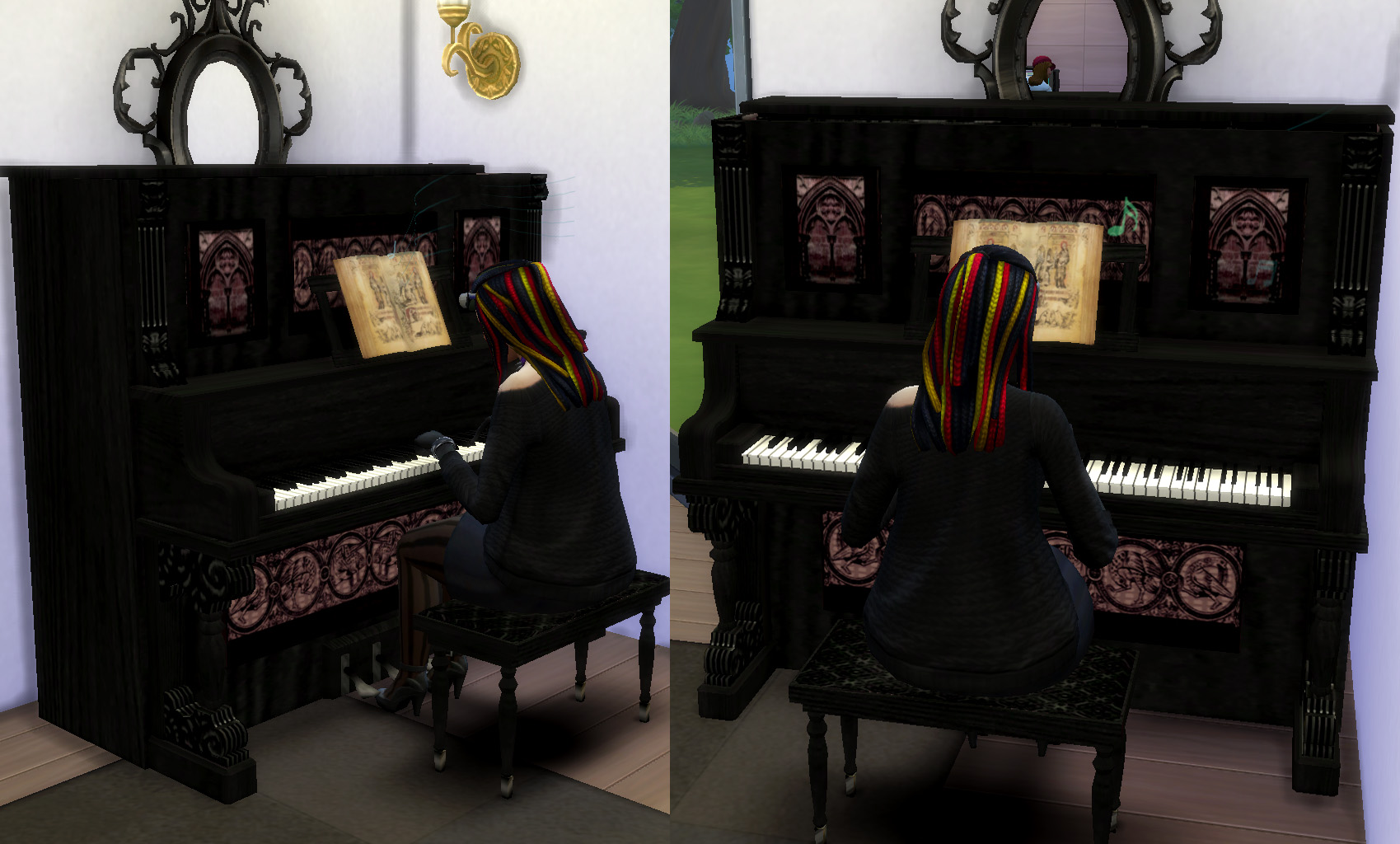 And finally, a flashy and lurid Steampunk-themed version in burled wood with lots of dials and gears: 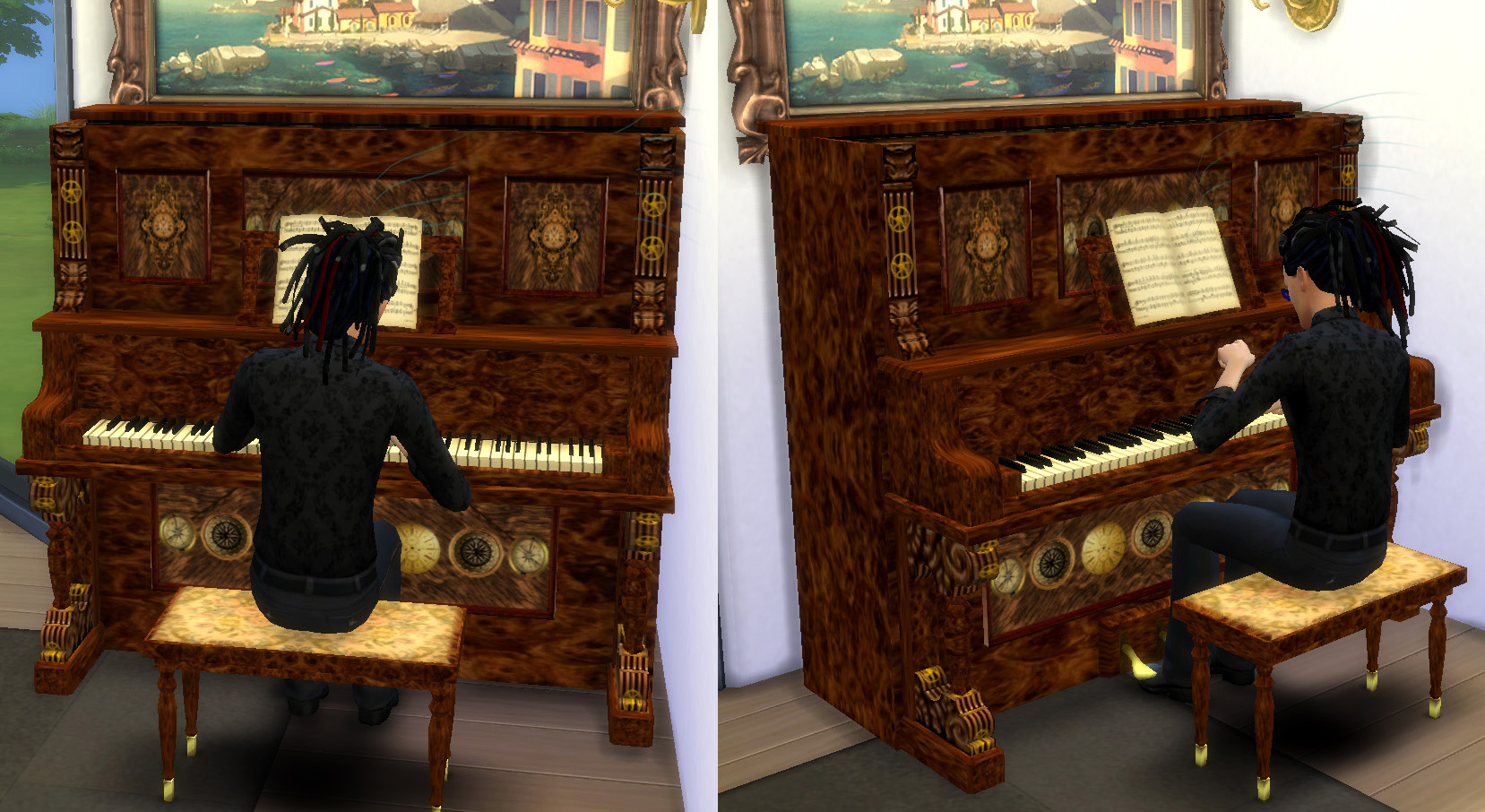 And as mentioned in the above April 2 2016 update, I've now made a second version of the piano for variety, with a plain wood texture and the fancy bits of trim removed from the mesh. Still funky, just not fancy. It comes in, as seen below, four neutral textures in beech, walnut, white, and black, and four colourful textures in blue, violet, fuschia, and green. You can use both versions of the piano in your game at the same time, they do not conflict with each other. 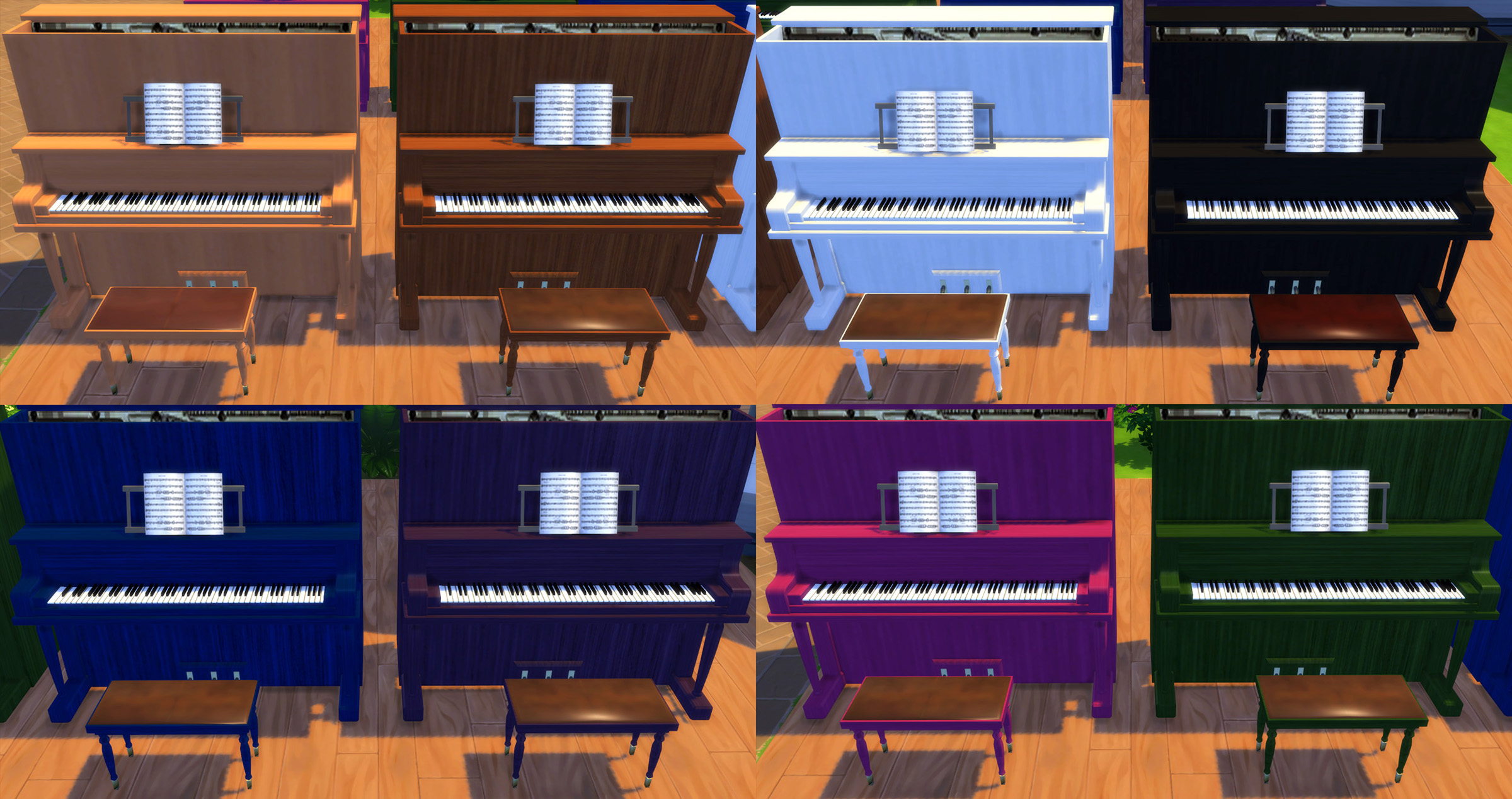 PLEASE NOTE: For some reason, I couldn't get the custom thumbnails for the plain version to work, so when you go into the catalogue they will appear as game-generated thumbnails showing the backs of the pianos instead of the fronts...

Thanks for looking, hope you'll find this smaller-sized piano a useful item.


INSTALLATION:
Unzip one or both of the zip files depending on whether you want just one or both versions, and move the .package file(s) to your Documents\Electronic Arts\The Sims 4\Mods folder.

Additional Credits:
Made with Sims 4 Studio, Milkshape and Blender.