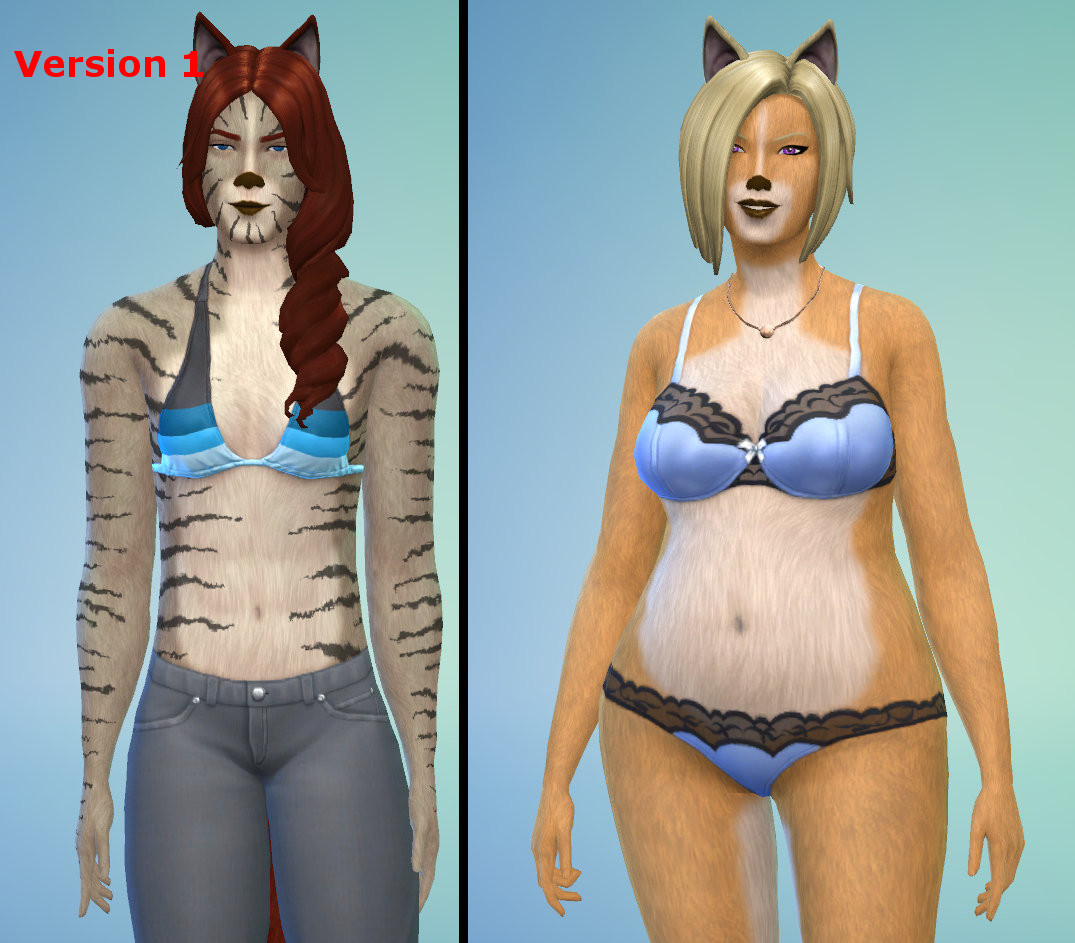 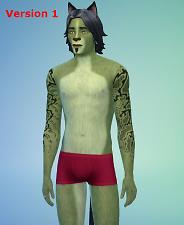 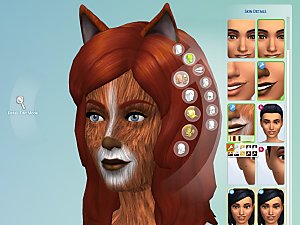 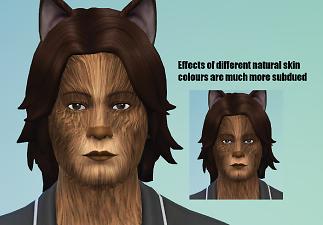 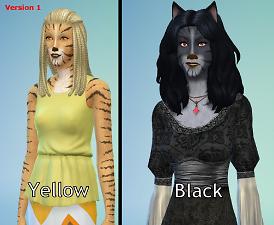 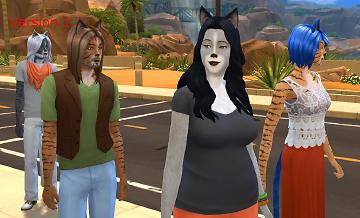 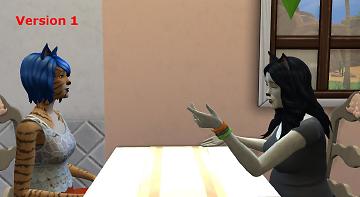 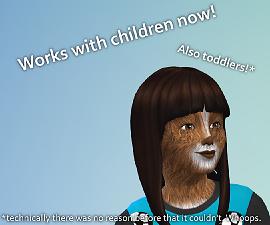 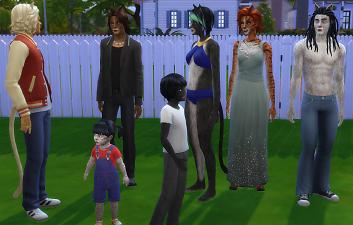 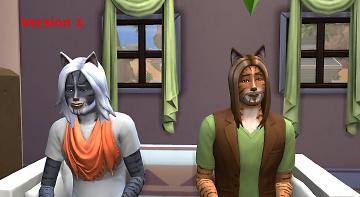 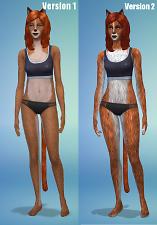 377 Thanks  Thanks     196 Favourited
This is a Maxis Recolour which means that it is a recolour of an item that already exists in your game. Please check the Expansion pack requirements to see which game pack it recolours.
Picked Upload! This is a picked upload! It showcases some of the best talent and creativity available on MTS and in the community. 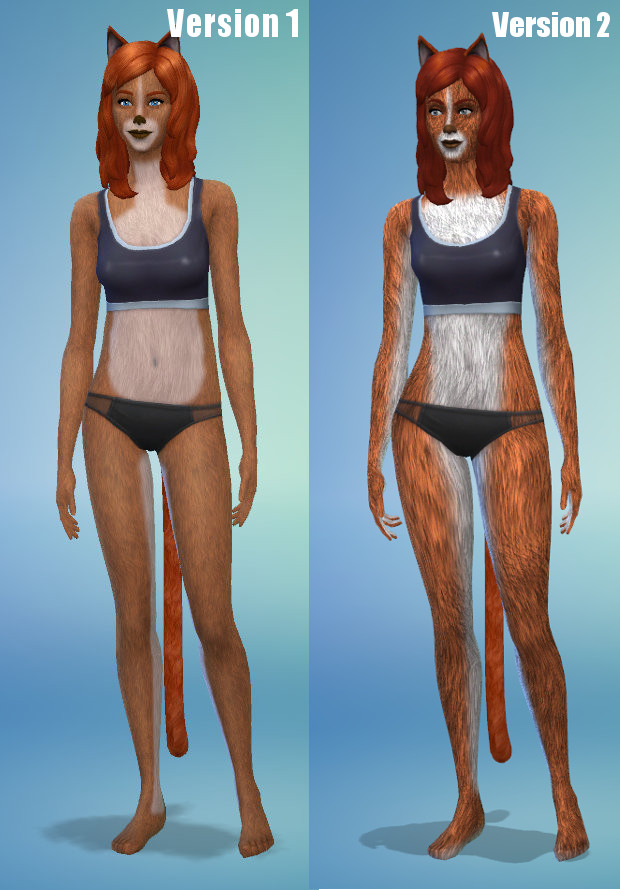 UPDATED: Version 2 is completed! I learned of a way to mix the texture in more or less like a skin tone and the end result is a much better, sharper picture, with less reliance on the background skin colour to look good. It's now compatible with children and toddlers, as well. As I lost my original working files, I had to redo the entire thing more or less from scratch. I think the end result is significantly better, myself.

The new version of the overlay is still in skin details and contains five base colours across ten swatches: Orange, White, Yellow, Black and Brown; all with white bellies, inner legs, and inner arms. Orange and White come with tiger-striped variants, while Yellow, Black and Brown each come with a variant that has a softer mix into a lighter version of that colour. See the new screenshots for details; every colour (except yellow, thanks dude) is included at least once.

The skins do react a little bit to your sims' skin colours, but not necessarily in the way you would expect; middle tones lead to fleshier fur colours, while the extremely light and extremely dark skin tones tend to maintain the original colours fairly well. For the "purest" representation of the colours I chose, use either the palest human skin tone, or the lightest vampiric-white.

There are two variants of the new version: The regular one has noses on the same skin detail; Orange and Brown get the dark brown nose, White and Black get the pinkish one, and Yellow gets a black nose. The other, Orillion_FurskinV2Nonose.zip, puts the nose on a separate skin detail, this one using the other mole as its slot.

I've also included a modder's resource file: a GIMP-compatible .xcf that contains all of the resources I used to create these skins. Feel free to use it for your own skins! Just don't put them on a paysite or anything if you use any of my work as a base.

Known Issues
Credits
Suggested Custom Content
Simsperience's custom skin tones for more exotic colours (Version 1 only) Here
NotEgain's cat ears and tail Here
Any male hair styles you can find that cover up the ears. Not a lot of choices there in the unmodded game.

The original text from version 1 of the mod follows.

Spent about five hours over three days to create this! A skin detail (in this case using the small mouth mole as a base--it'd be invisible with the fur texture) that adds fur like "Fur for Sims 4" by absurr, but does so with a partly translucent texture. This allows more variety with fewer colours, as well as enables other details to show through the skin, such as the fat- and fit-specific textures, cleavage on females (without requiring separate versions for male and female), and any other details if you use a default replacement skin.

Tattoos appear above the detail (so far as I've seen), and you can get green or blue fur by choosing one of the grey or black options and the blue or grey skin tone. I recommend also having some custom skin tones on hand for getting more natural colours, such as NotEgain's Dark Elf Skintones

Skins come in two flavours: Plain with white belly, and Tiger stripes with white belly. If there's any interest in a version without the white belly (or with a different colour, though I'm not sure what else would look good there) I can upload a solid version another time.