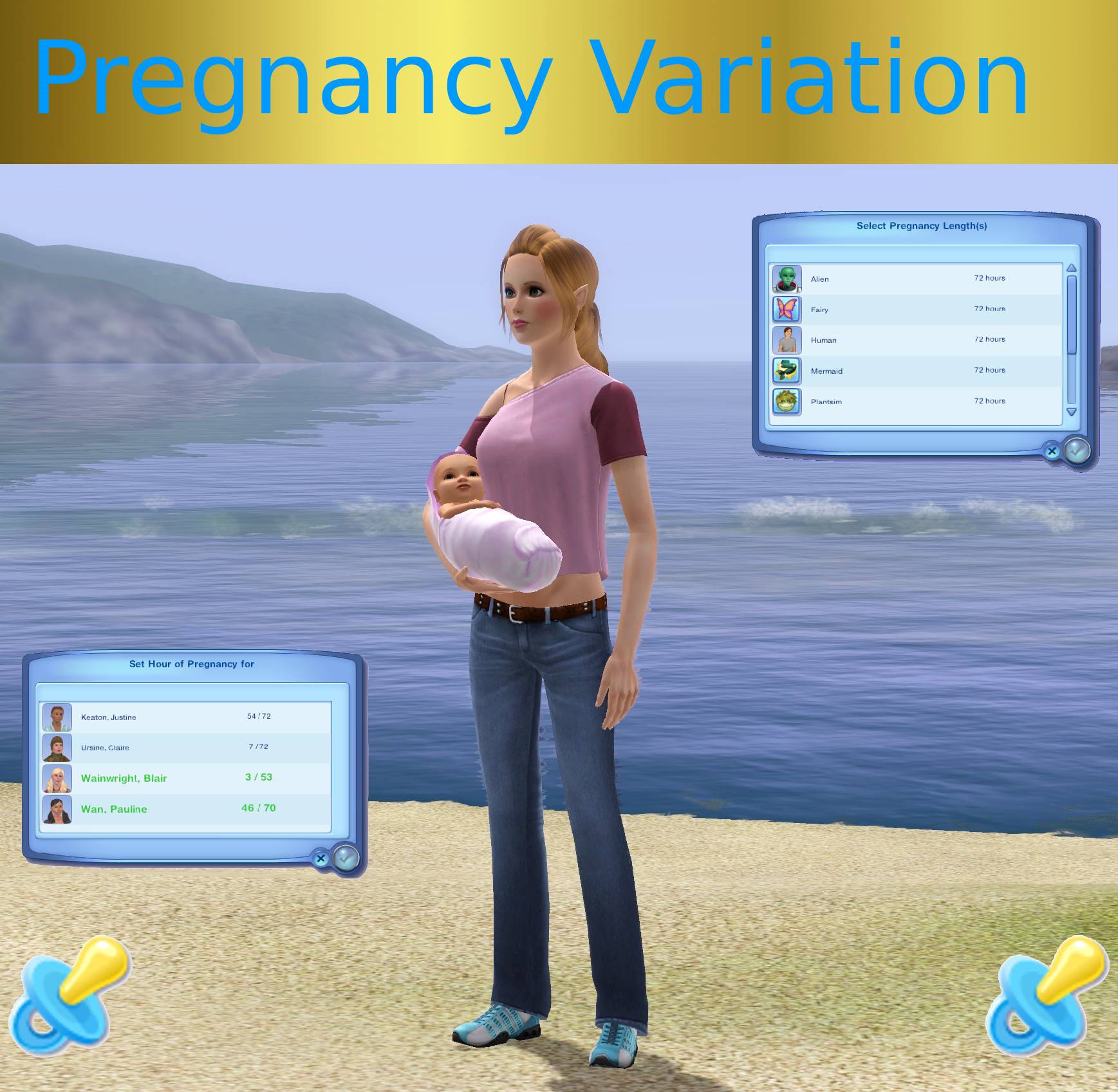 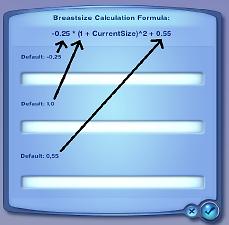 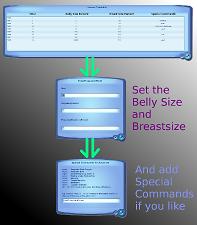 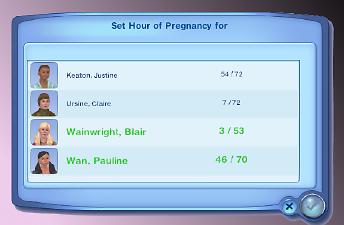 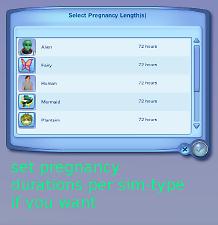 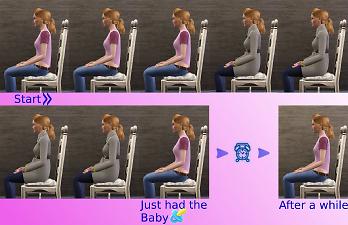 )
The mod comes also with a Pregnancy Breastgrowth option that allows you, (when activated) to simulate the changes to the body during pregnancy in a more realistic way, these changes are applied with each hour the pregnancy progresses.
Since this Mod uses its own Pregnancy System i have included a Control Center which lets you manage the new Pregnancy Features aswell as old Pregnancies (e.g. convert regular pregnancies to Pregnancy Variations Pregnancies or set the Hour of pregnancy)
All of these Features can be customized by you any time in game !

Advise
-Back up your Save before installing/running the mod !
-

Use at your own Risk

Features:
*You may set different values for each Simtype (e.g. Alien,Fairy, Vampire etc.)

Example: Setting the Pregancy Duration to 50 and the Pregnancy Duration Variation to 5 will result in Pregnancies with a duration from 45 to 55 hours, so while one Pregnant Sim may have her baby at 48 hours another Sim's baby may be born after 54 hours.

Pregnancy Type
The mod has the ability to differentiate between Simtypes (Alien,Fairy,Genie,Human,Plantsim,Mermaid, Werewolf and Witch)
So if a Fairy and a Human are trying sucessfully for a baby the mod chooses a pregnancy duration for either Humans or Fairys.
To prioritse one Simtype over another there is the Pregnancy Priority list where you can set a Priority for each of the aove stated Simtypes.
So if you set a higher priority for witches than for humans and a witch and a human have a baby the pregnancy duration will be the one for witches.


Pregnancy Breastgrowth:
During pregnancy the female breast grows to accommodate for feeding the baby. If you activate this option not only the Belly of your Sim will grow !
The growth starts with the first hour of the pregnancy and reaches its maximum at 32 hours. After the sim gave birth the new breastsize will stay for 24 hours and then shrink to its original size within 8 hours.
(Did i mention that all these settings are customizable !? [you can even dictate to what percentage of the Pregnancybreastsize the shrink will revert

The Standard setting is somewhat subtle, but still recognizable

Use Your own settings for a more pronounced growth:

The Formula the mod uses to calculate the Maximum Breastsize during Pregnancy(i may add more options later): 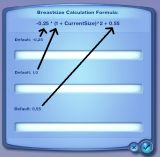 Customize Pregnancies !
If setting the lenght and lenght variation of Pregnancies isnt enough go advanced and set these parameters for each Pregnancy type e.g for Pregnant Fairys, or go Fancy with the Expert Settings and create your own custome pregnancy progress table !

Compatibility
This mod has been tested with the following other mods:

I highly recommend to do the following:
If you want/need to Unistall the mod there is a special option in the Menu of the mod, use this if the mod has already modifed Pregnancies for a good clean result.
After this process has finished the mod will deactivate itself, you then can save the game and delete the package after exiting the game.

Note:
If you Have found a bug or if you have a suggestion of a feature you like to in the mod leave a comment or send me a private message if you prefer and i see what i can do about it (ideas and bugreports are both very welcome !


Special thanks to:
The great Scripting Tutorials here on Modthesims from Buzzler, BailaBaila99 and CmarNYC

Additional Credits:
Thanks to the creators of SimPE (Inge & Peter L Jones)!

Changes in Version 1.0.1t (Note this is just a test version be careful

Modified:
-Made the Expert timeprogram editing a bit more user friendly (imho)
-The mod now works by default on Pregnancies originating from the Active Household or Alien abduction Pregnancies (you can change this in the options)

Known Issues:
-Loading will freeze at 99% when you had loaded a game before in that session
-Resetting a sim during pregnancies will cause problems e.g. Getting stuck on a pregnancy (spotted by littlenick27 )
-Mod pregnancies dont apply themselfes for some reason sometimes (spotted by krunchnmunchn )

See: Game Help:TS3 CC Basicswiki for a full guide!
Back to download view
124 Comments / Replies (Who?)