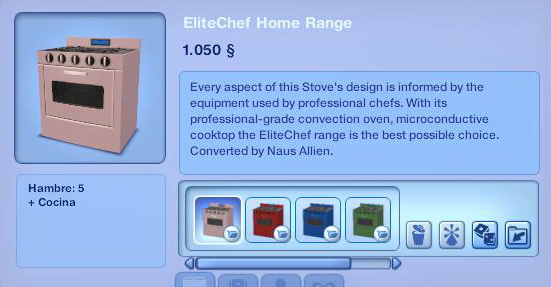 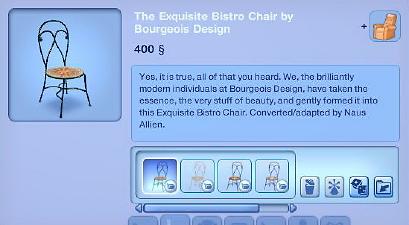 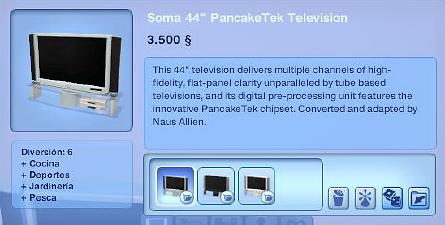 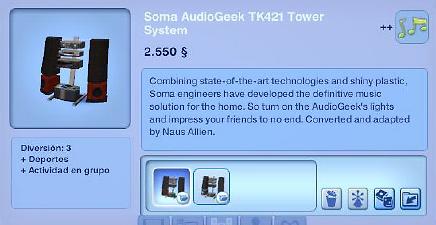 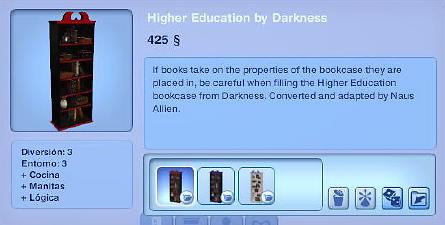 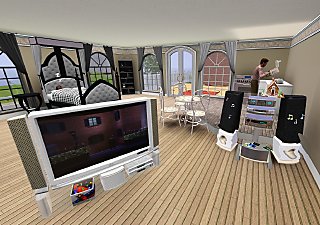 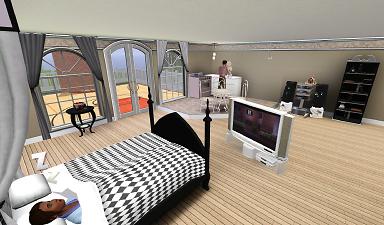 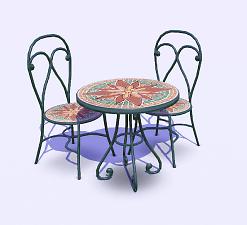 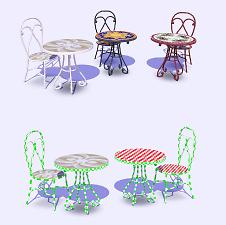 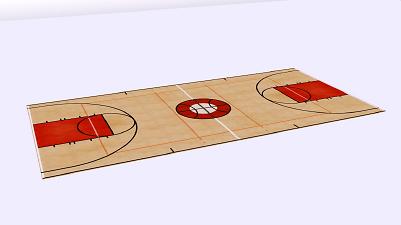 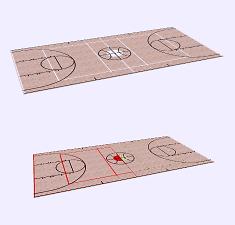 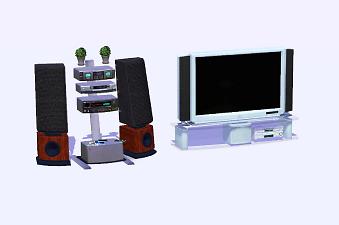 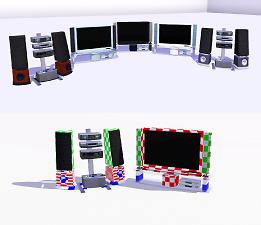 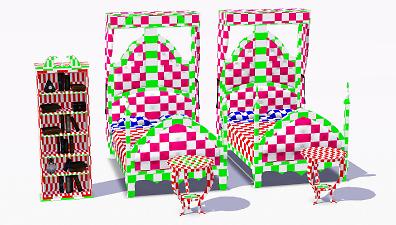 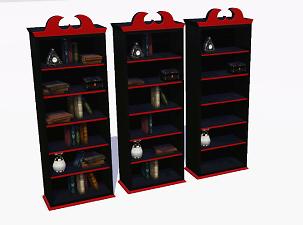 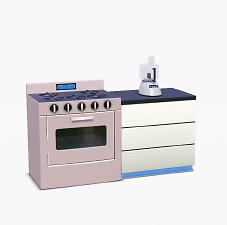 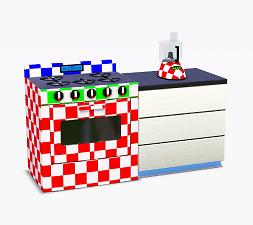 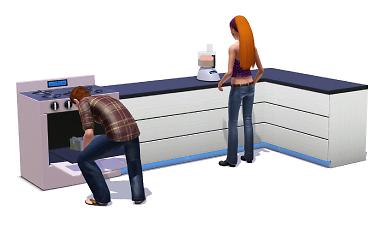 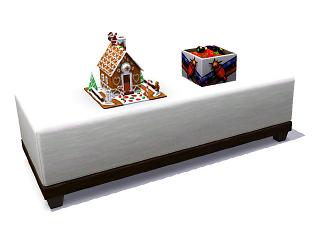 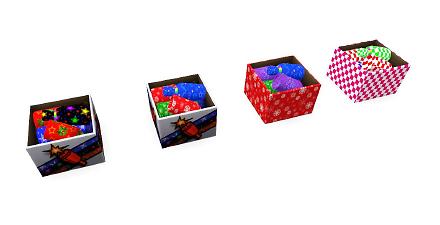 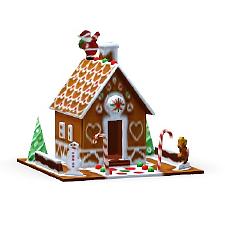 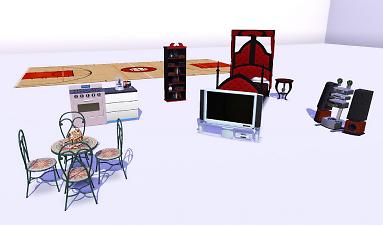 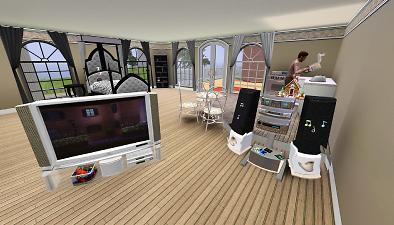 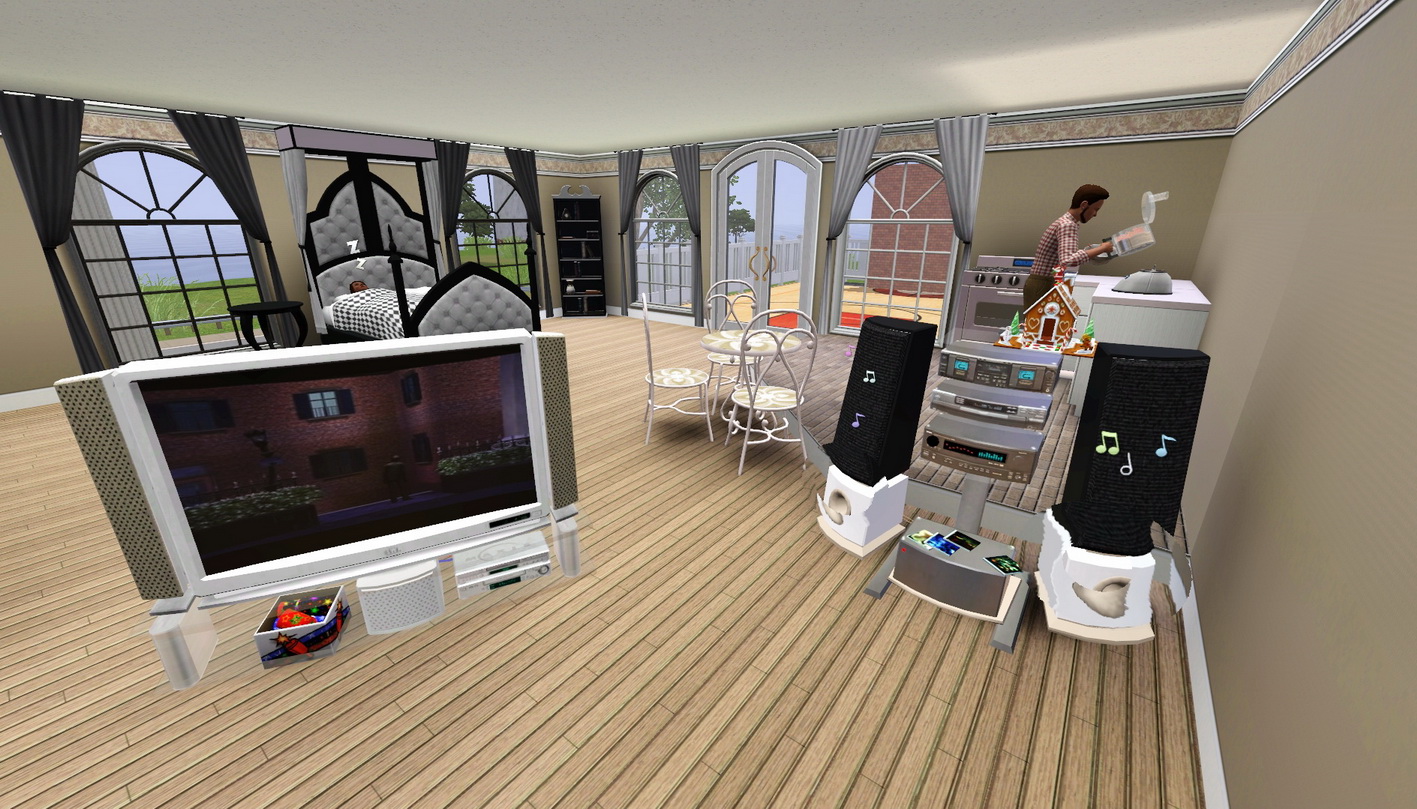 UPDATE MARCH 13, 2019
I added a MERGED package file with all the objects from the set because someone reported conflicting packages. Since I have them merged myself, I don't have any conflicts. Download the merged package if you have the same problem.

UPDATE MARCH 9, 2019
I finally fixed the broken slot in the Gothic End Table. Download the updated version and delete the other one. I've also updated the file with the entire set to have the updated version of the table. Please, let me know if you find any other issues.

Happy holidays, everyone! I wanted to share some things I've been working on this past few months so you can a star a new year with new stuff in your favorite Sims game. I have shared some of these conversions but I wanted to upload them to a place where more people could find them. They don't follow any sort of logic or reasoning and they're mostly random things that were either requested by some friends or that I wanted to have in my game. I worked really hard to make them as perfect as possible but there are some issues I'll tell you later. All objects but one are fully CAStable and functional objects are animated properly.

THIS SET CONSISTS OF: 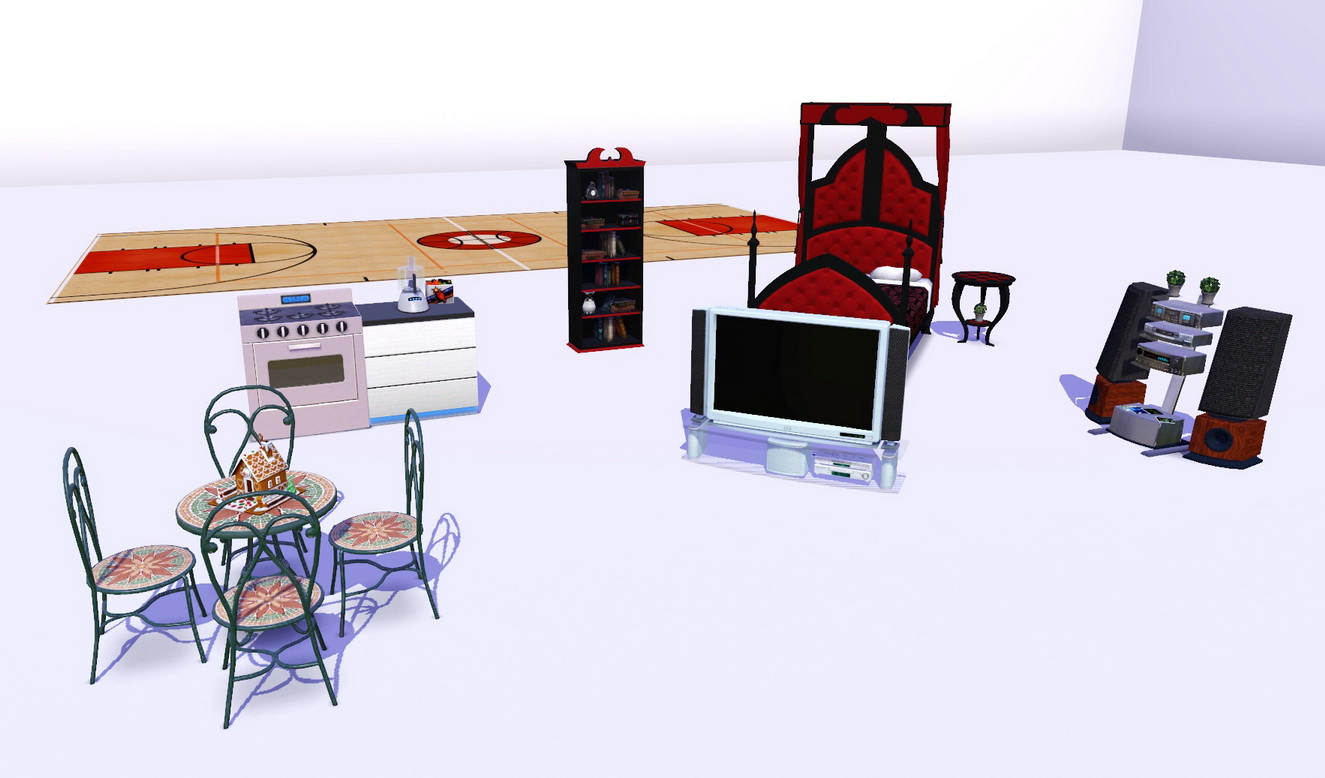 I converted my two favorite TS2 base game electronics, the flat screen TV and the "modern" expensive stereo. I could not be happier with the results. I even got to experiment and learn a lot more about speculars thanks to this two items. Both are CAStable with three channels each, but they have some electronics as an overlay so you won't be able to CASt them. The reasoning behind this is that the textures were too complex to look good with most patterns making just certain parts the overlay, such as buttons and led screens, was an extremely complex task. The also come with a couple of presets.

This set was quite the headache. I was also going to include the chair, but I just couldn't make it work properly. I might give it another try at a later date. This set includes the bed, the end table and the bookcase with geostates. The bed has four CAStable channels and the third preset includes a different, cleaner mask and multiplier. The end table has two CAStable channels and the third preset doesn't include the checker pattern on the top. The bookcase has two CAStable channels. All animations work as they should but there are a couple of bugs I want to mention:
- The bed has some strange artifacts when placed outside. I could not solve this problem nor understand what's causing it. If you have any idea let me know. It works fine as long as you place it INSIDE your house.
- I added a deco slot to the end table

One of the most difficult sets to make CAStable due to the nature of its UV mapping. Thanks to this item I learned how to remapped objects from scratch using Blender. I'm glad I did because the result was superb and it works really well with any pattern now. The first for presets include the original stencils from TS2 Seasons and one recolorable channel (frame). The fifth preset has two recolorable channels including the top of the table. The same applies to the chair, which was done in a similar manner. 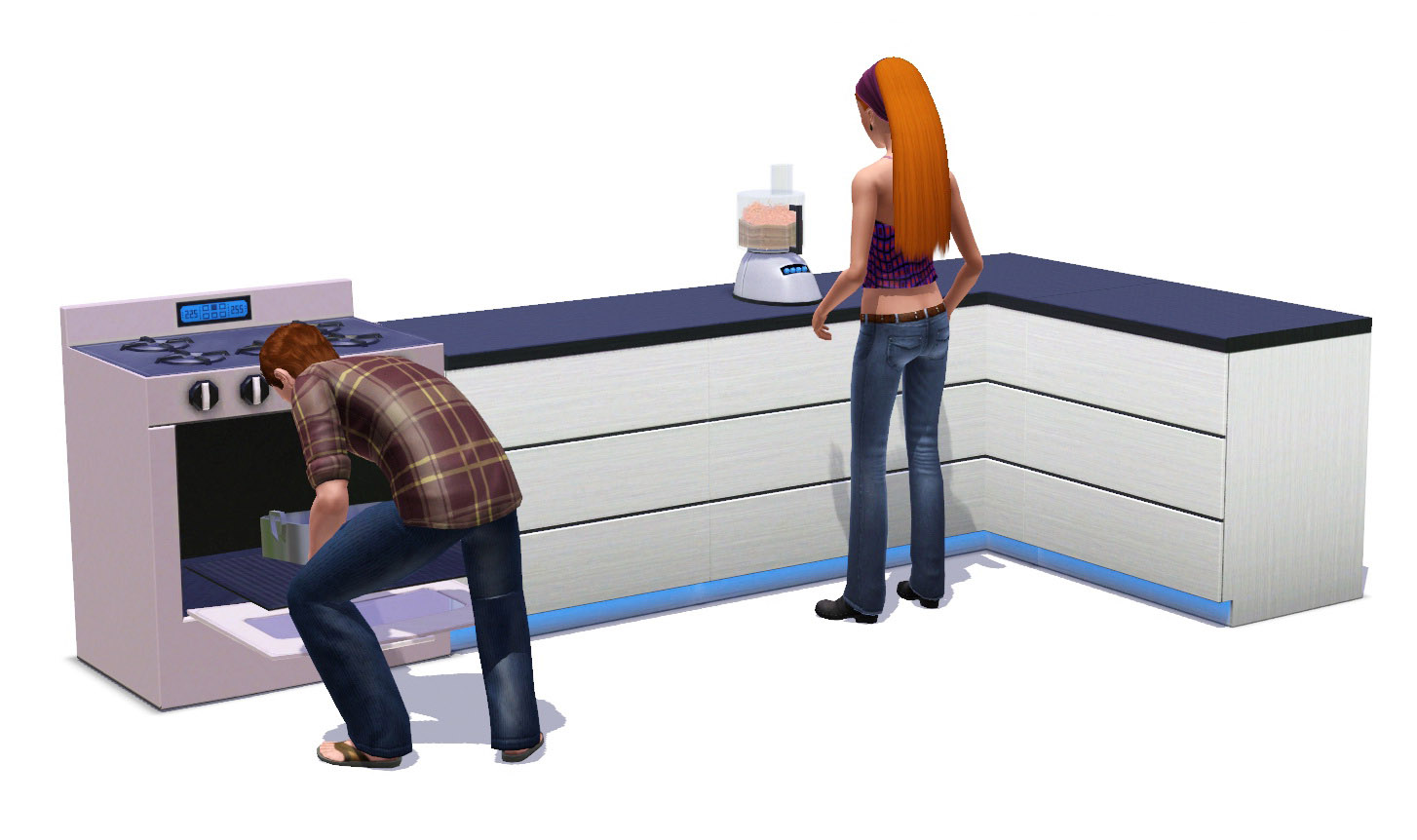 I always loved the FreeTime Kitchen set and I wanted to convert the whole thing. But sadly it is a lot of work so for now I just converted my two favorite items of that set, the stove and the food processor. Both items were quite complicated to convert, especially the food processor because it required to combine a lot of different meshes and textures, as well as make sure all animations work ok. The stove has three CAStable channels, whereas the food processor has two. Some areas in both objects are not CAStable for obvious reasons.

I always loved this rug that helps you to create basketball courts easily. It's great if you have the basketball hoop Store content. I included the original texture as the first preset but I did something different for the second preset. I made everything transparent but the lines and markings so you can use it on any floor. You can also CASt the color of the lines, though I still need to work on the second channel that doesn't seem to be working as I wanted. You'll find it in the Deco / Rugs category.

As a gift from Christmas, I converted these two items. The fireworks box requires treeag's storage mod. The idea is that you can store all your fireworks and don't have them cluttering your Sims' inventories. It has three presets. The first one includes the original texture as an overlay, the second one allows you to CASt the contents of the box, and the third one allows you to CASt the box itself as well as the petards. I might convert the other two boxes in the future.

The Gingerbread House is just a small, not CAStable object that you can place pretty much everywhere. It's just for deco and I didn't see a point in making it CAStable, especially given the fact that it has a tiny, tiny texture. 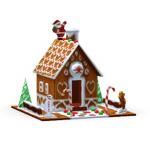 All other objects are located in their usual categories.

Here you can read all catalog descriptions and pricing (which the same as TS2's originals) as well as see some of the presets:

If you need more info, see:
Back to download view
36 Comments / Replies (Who?)