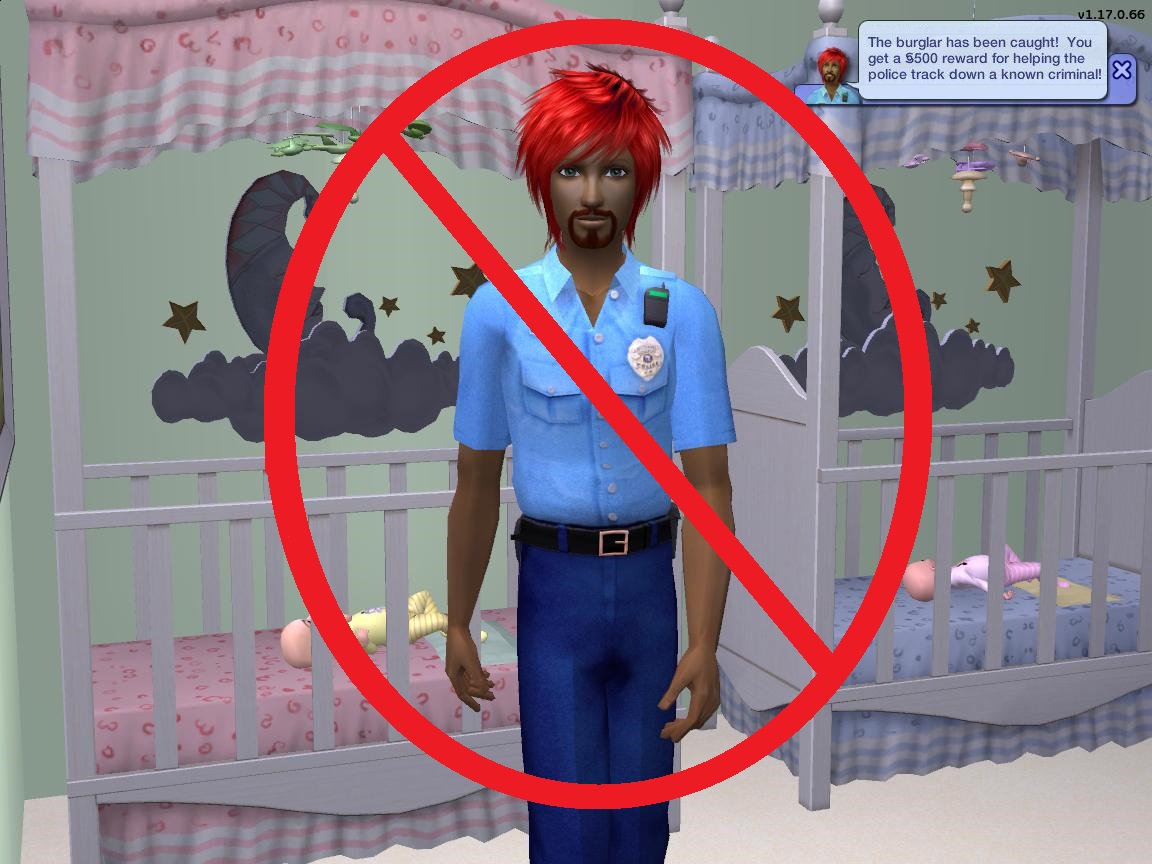 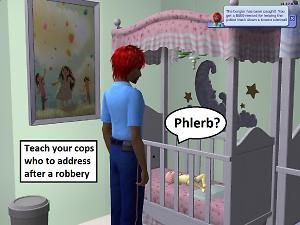 151 Thanks  Thanks     38 Favourited
In my hood, thieves seem to be in agreement that the best possible target is a house with a baby in it. And the police academy seems to teach all Simville police officers that babies find it very reassuring to be informed of any rewards or insurance claims related to the robbery, because they all barge in to the nursery to stand at the crib and talk to the baby about it. In light of the recent crime wave in my hood where multiple households with babies were robbed, I have decided my cops need to be taught some common sense and talk to someone actually able to understand what they are saying, for a change.

What is this?
This is a global mod that affects police logic after catching a robber. It only affects positive outcomes where the robber is caught, since cops seem more sensible about dealing with thieves that got away. With this mod, instead of choosing the Sim with the highest ID number which seems to be what they do, they choose according to age. If there is an adult or elder present, they will head over and talk to that Sim. If there is no adult or elder present, they will choose a teen. If no teen available, they will talk to a child, and only if all those options fail will they talk to a toddler or baby.

Compatibility
Base game compatible. Will work fine with any EP or SP.

Conflicts
None that I know of. Will only conflict with mods affecting the bhav controlling talking to the family after catching a thief.

Credits
MTS for the theme that gave me the idea to stop just being annoyed at cops bothering babies, and go do something about it.

Update: Felt like adding a second picture for fun. No changes done to anything else