by scumbumbo Posted 5th Dec 2017 at 4:56 AM - Updated 16th Nov 2018 at 12:40 AM by scumbumbo : Updated for 11/13/2018 game patch
February 06, 2020 - Scumbumbo has passed on but his work and memories are still being kept alive by many of those whose lives he has touched. To download fixes for his mods, please check <a href="https://scumbumbomods.com/">https://scumbumbomods.com/</a> and please direct any questions or concerns to his discord channel linked there. 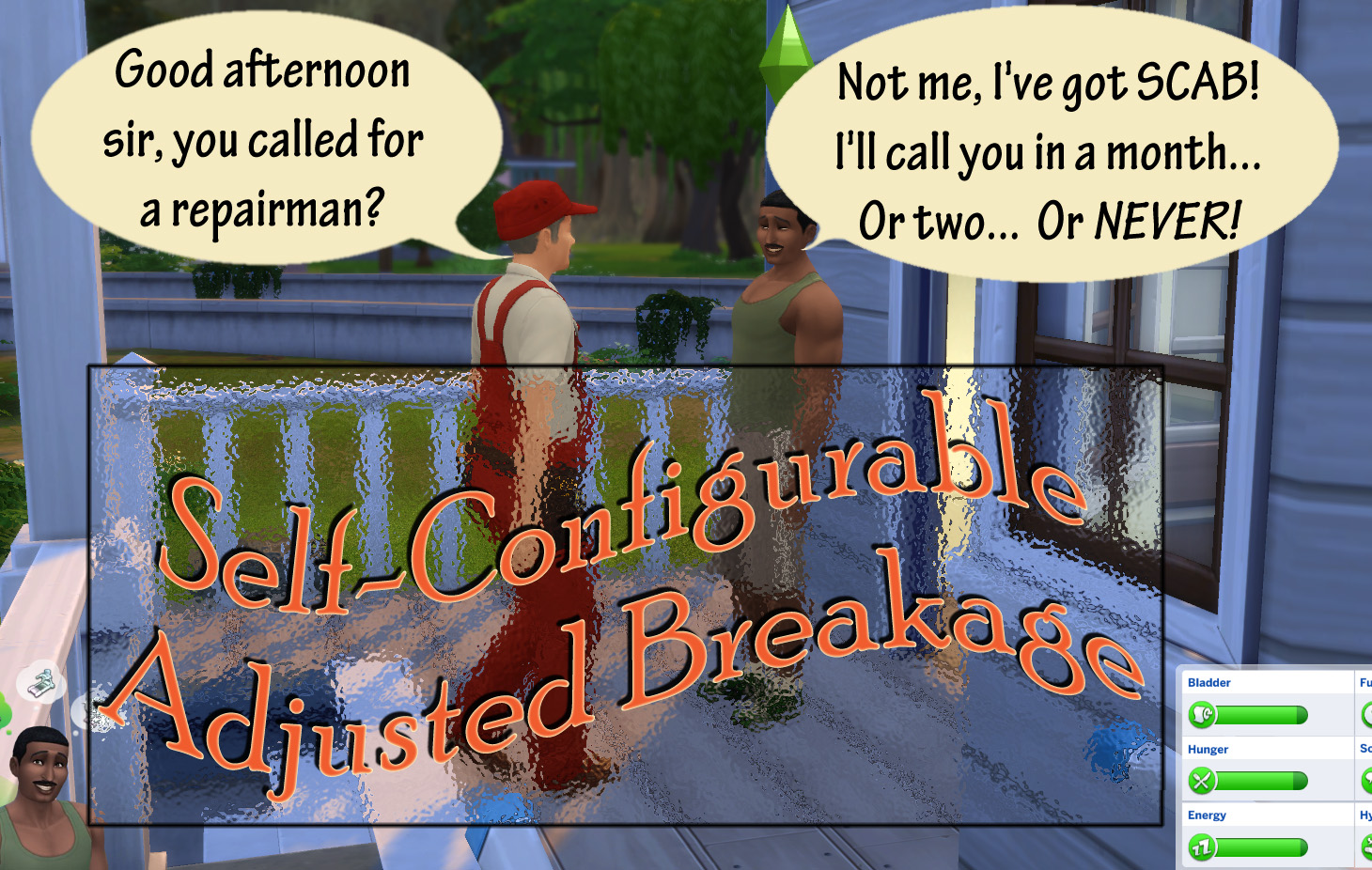 The Self-Configurable Adjusted Breakage mod allows players to alter the breakage of all in-game objects to a percentage rate they prefer. The breakage rate can be configured to any percentage from 0 (no breakage), to 100 (the normal rate), to 1000 (10x the norm). The percentage can be tuned by editing a text configuration file using any text editor. The included configuration file is pre-tuned to 50% of normal breakage (things break half as often).

Changing the configuration value will require a game exit and restart in order to process the new value.

A configuration file is used to tune the breakage percentage used in the mod. This is a standard text file and should just contain an integer (whole number) ranging anywhere from 0 to 1000. A default configuration file comes with the mod set to the value of 50 percent. This means by default things will break half as often.

To install, unzip the two files contained in the download file into your game's mod folder. It can be placed in a sub-folder if desired. It uses a script, so the mod cannot be installed more than one sub-folder deep.

This mod was written and tested on Windows for The Sims 4 version 1.47.49 (Nov 13, 2018). However it should be compatible with any game patch past that point (until EA changes those functions again, which seems unlikely - or changes the Python version again, also unlikely).

The script uses features of the game that have been unchanged since the game was released and are not likely to break in future patches.

This mod uses the ts4script file format. Simply place the MTS_Scumbumbo_Self_Configurable_Adjusted_Breakage.ts4script in your mods folder, or a maximum of one subfolder deep.

The MTS_Scumbumbo_Self_Configurable_Adjusted_Breakage_CONFIG.txt should be placed in the same folder you install the script file into. It will be created automatically with the default value of 50 if not found.

Script mods must be enabled in your game options for this mod to work properly.

Need more information?
Back to download view
25 Comments / Replies (Who?)