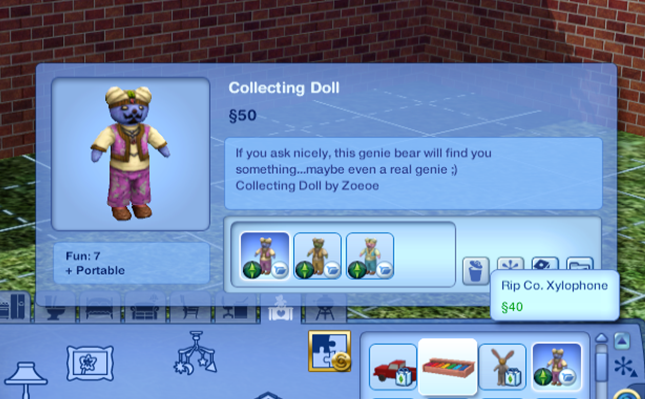 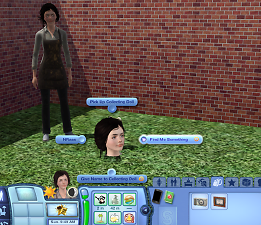 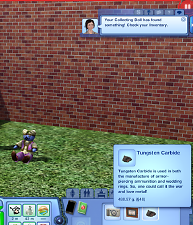 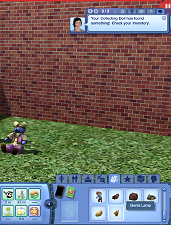 Update, please read:
I have edited the script slightly so that only children, or teens and above with the childish trait, can use the "find me something" interaction, and only when it is night time in the game. * spookyness increased *
I have included both the original version and this new version (edit1) but you can ONLY HAVE ONE in your game at once. If you replace the old package with the new package, it should replace the bear in game without needing you to re-buy it. If you put both in at once something terrible will probably happen...I think. (If there are any problems please let me know)
To clarify, if you want any sim to use the interaction at any time, download the original version; if you want the limitations, download the edit1 version - but not both.

I only just learned how to make mods (literally this weekend) so I wanted to try something simple.
It's the genie teddy bear from Supernatural, with an option of "find me something" which gives your sim a random object (a book, seed, rock etc...) just like from exploring the mausoleum.
I think it's kind of cute and I'm thinking I'll update it so you can only use the finding option maybe once every few sim hours or only at night ðŸ‘€ spooooky...

It can be found in the kids > toys section of build mode - just where the other teddies are.
Any type of sim can use the Find Me Something interaction (unless you download the edit1 version).

I don't think there should be any conflicts or anything, and it has been tested on patch 1.67.

Additional Credits:
Credit to the authors of the modding tutorials, as well as S3PE and S3OC. I used Visual Studio 2017, and ILSpy


Only have one version of the mod installed at once

See: Game Help:TS3 CC Basicswiki for a full guide!
Back to download view
15 Comments / Replies (Who?)