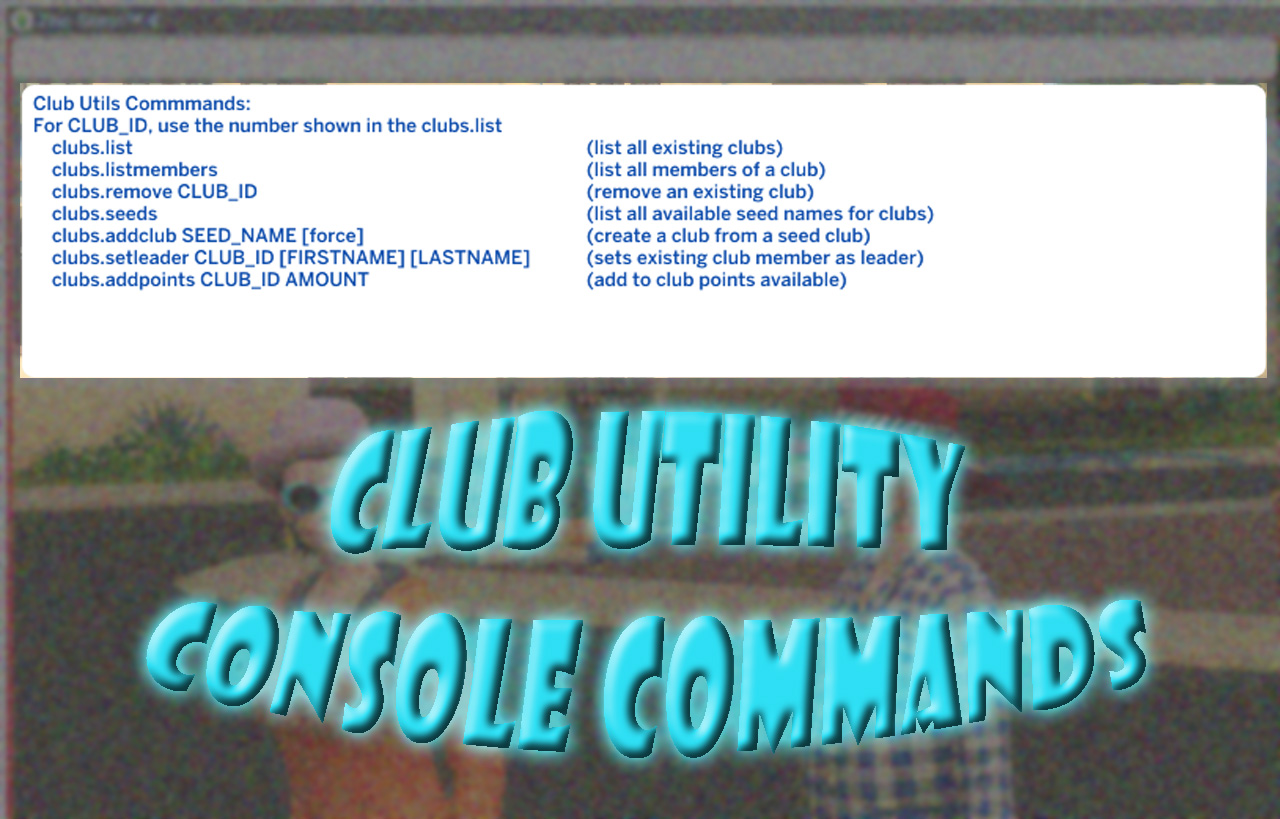 This adds a few basic utility commands for the cheat console to modify clubs in The Sims 4 allowing you to remove the game's built-in clubs, add "seed" clubs back into your game, or set the leader of a club so that you can modify it further. Usage is fairly simple, and the clubs.help command will list the available commands and options.


We've created a new game and added our Sim to the Powerhouse club. We'd like to take over the club so we can be in control and rename it The Sweaty Ones. We'd also like to get rid of the Knights of the Hedge club. And finally, the Avant Gardes club is in our new game and we'd like to replace that with the Punch Lines comedy club. The following commands can accomplish this (typed commands will be preceeded by a > for display purposes):

Code:
Now we can use the game's dialogs to rename the club from Powerhouse to what we want, The Sweaty Ones. Since this is a custom name, it will now display as such in the clubs.list output. Next we want to remove the Knights and replace the Avants with Punch Lines.

And mission accomplished. As you can see from this example, some of the seed names don't seem to match the club names used in the game though. So here's a list of the current seed names and their (English) club names within the game:

This is a script mod, so to install you should extract the MTS_Scumbumbo_ClubUtils_v3.ts4script file from the zip you downloaded into your Mods folder. It may be placed into a subfolder if desired, but it must not be more than one subfolder away from your Mods folder.

Don't forget that script mods must be enabled in your game options!

The mod was written for the most recent version of The Sims 4 at this time, patch level 1.51.75 (April 16, 2019). Compatibility with older or newer versions of the game may vary.