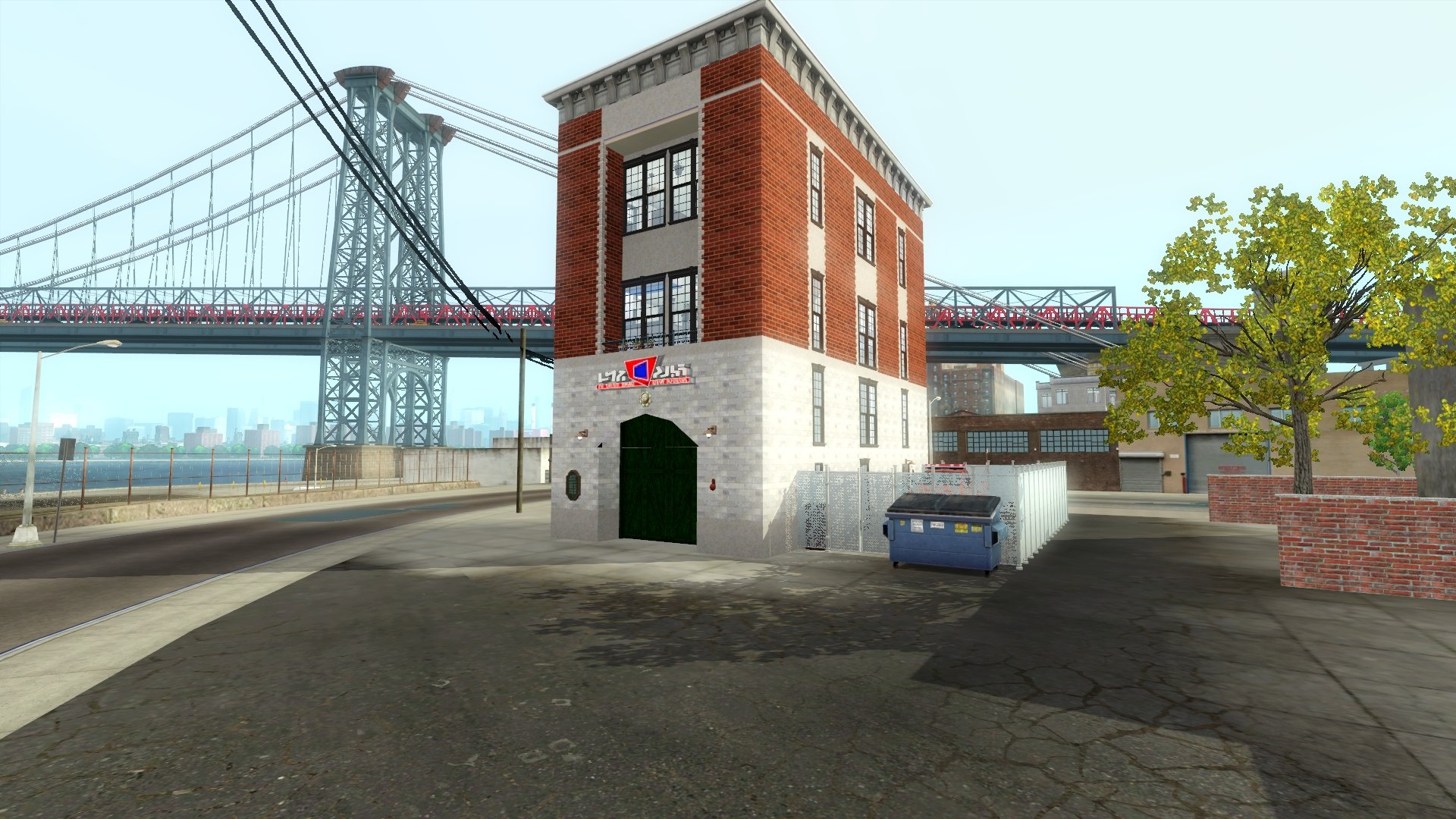 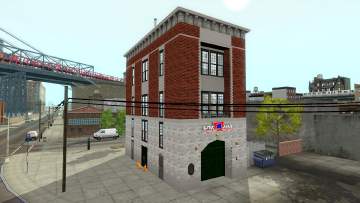 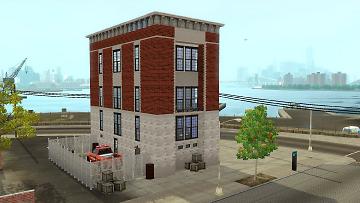 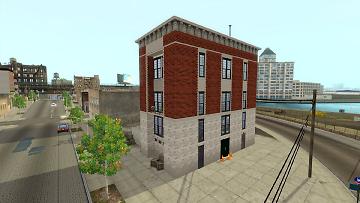 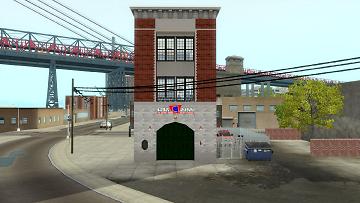 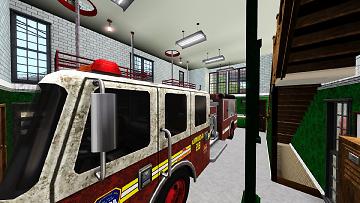 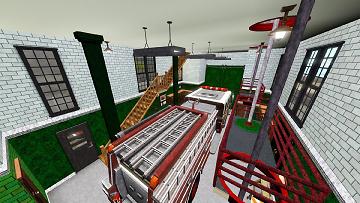 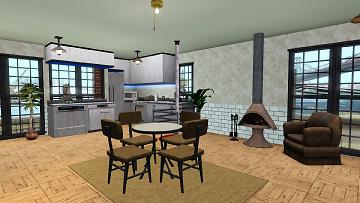 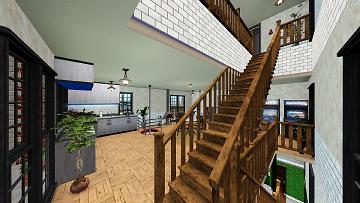 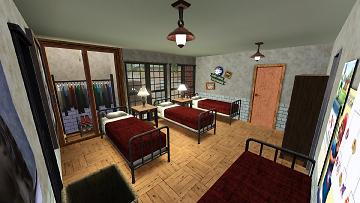 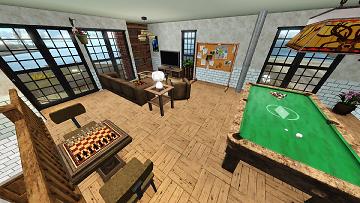 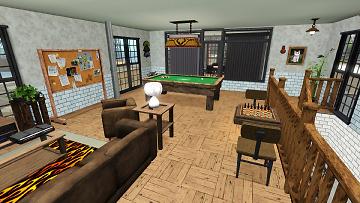 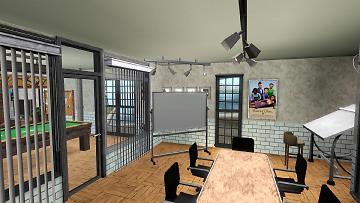 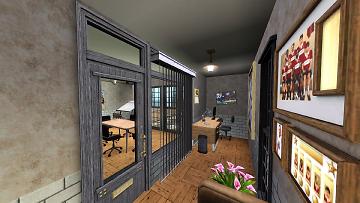 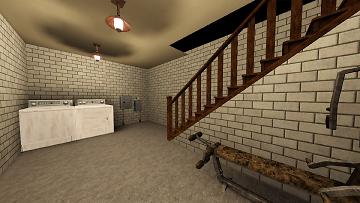 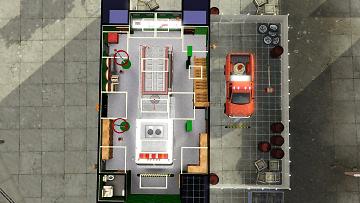 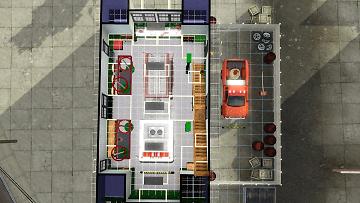 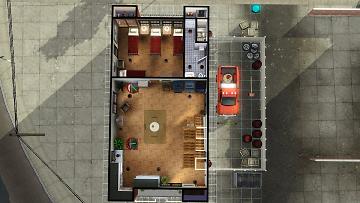 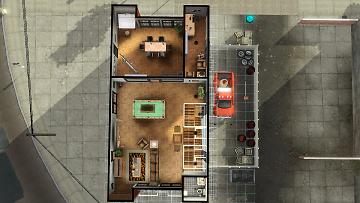 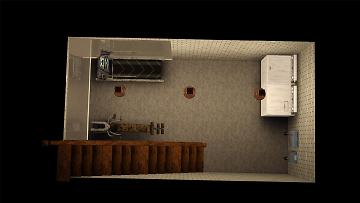 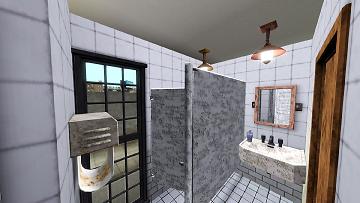 66 Thanks  Thanks     15 Favourited
Lot Description:
When there's something burning, in your neighborhood, who ya gonna call? Hopefully your local Boroughsburg Fire Department. This fire station is based on the Hook and Ladder 8 fire station used in Ghostbusters. It fits on the fire station lot in Boroughsburg at "1 Roanoke Street" by Potato-Ballad-Sims (Link). However, you can use it in any world you like.

EP List:
Expansions listed are the ones I have, though not necessarily used. You will need Ambitions for fire station lot type.

* NOTE: There is a shell sound emitter on this lot. It's not really related to this lot as the emitter was placed by Potato-Ballad-Sims for Boroughsburg world. If you don't have the mod for shell sound emitter, the game will simply remove it. If you wish to have this mod, it is part of Buzzler's Building Stuff: Link.


Known Issues: Not really any issues, just a few notes.
* Only one of the fire poles is usable. Sims only approach from one side, so the 2nd one is just deco. I couldn't get it to work no matter how I rotate it. There are no fire poles from the 3rd floor b/c it goes through a frieze.

* First floor is pretty cramped. In the movie, Ecto-1 is much smaller than a fire engine, so the first floor seemed quite empty. Sims cannot walk around the fire engine, so they will go outside and use side doors to get around. You can fix this by moving the fire poles closer to the wall or remove the lockers next to the fire poles. I kept it as it is b/c it looks closer to the original.

* The lot is built facing Kant Ave b/c the Roanoke Street front is blocked by a street light and a tree. However, you can rotate it back to facing Roanoke if you like.

* If you have the 2 windows CC and the shell sound emitter and it still says "some cc were missing," ignore it. I accidentally used a cloned bathroom stall in the shower room. Your game should replace it with the one from the game. My bad!