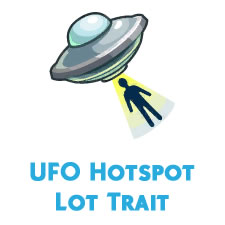 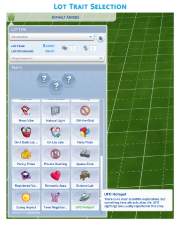 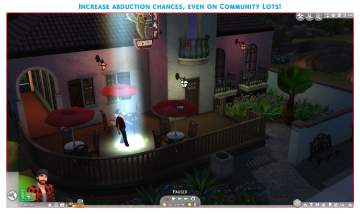 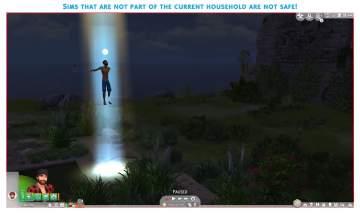 Created by r3m View Policy / About Me View Downloads Home

The "UFO Hotspot" is a new Lot Trait that increases the chances of abduction. It can be applied to Residential or Community Lots, allowing abductions on any kind of setting you desire.

This Lot Trait bumps the chance of abduction from nothing to roughly 10% per night, which can still be influenced by certain factors. For instance, the satellite dish can be used to further increase the chance of an abduction or to prevent any UFO from showing up at all. Please read below:

I've handled abductions a bit differently than EA, so please take note of the following considerations:

From time to time, Alien, Geek and Paranoid Sims that visit or live in a "UFO Hotspot" will receive a custom buff. This can be either a Energized, Focused, or Tense buff, depending on your Sims' traits. These buffs have a +1 intensity, last 4 h, and are removed if the Sim leaves the lot.

This Lot Trait was made and tested with game version 1.55. It is not guaranteed to work on previous game versions.

Get to Work is required. Other packs (such as Strangerville) are optional.

It shouldn't conflict with any other mod as it uses its own resources and doesn't override anything.