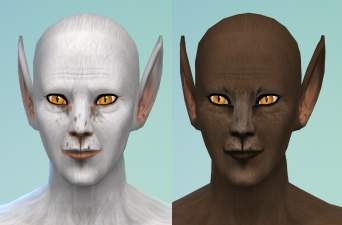 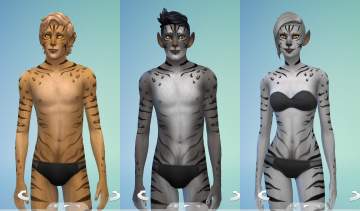 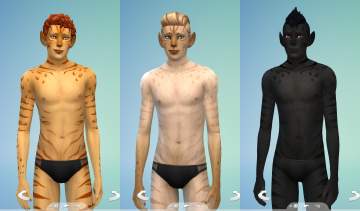 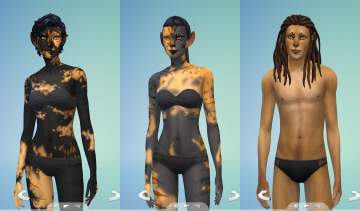 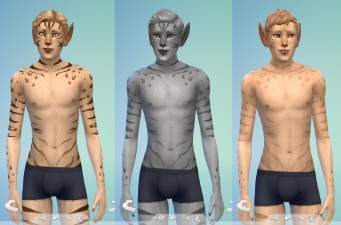 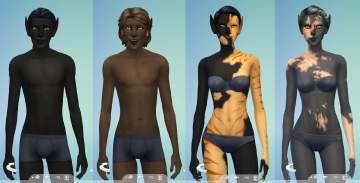 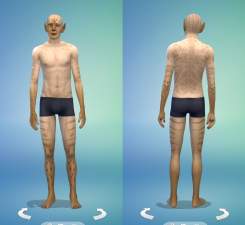 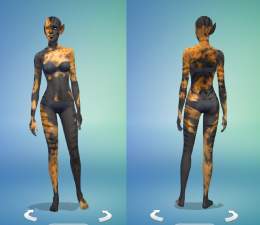 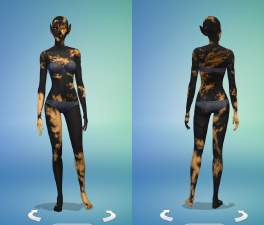 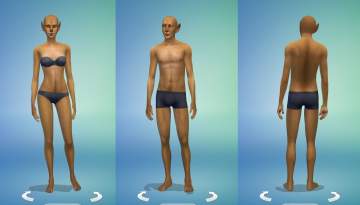 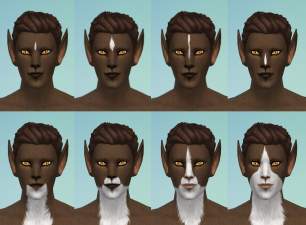 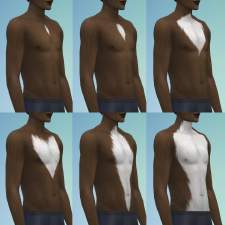 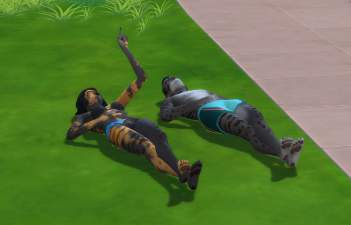 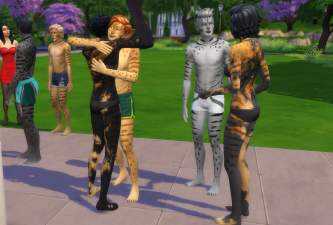 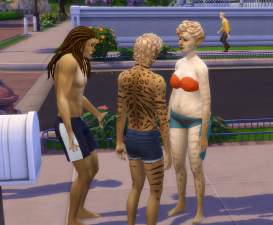 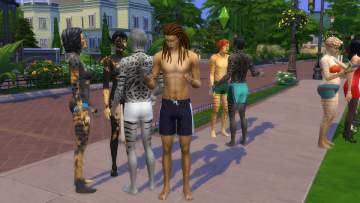 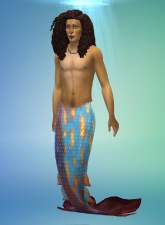 321 Thanks  Thanks     127 Favourited
This is a Maxis Recolour which means that it is a recolour of an item that already exists in your game. Please check the Expansion pack requirements to see which game pack it recolours.

So, needless to say I haven't had the time/energy for modding for pretty much this entire year, but ScorpioMaurus was nice enough to fix the broken skins and send them to me, so the skins should be functional again!

Update 7/14/20: Marking overlays are here!! You can find them in the tattoo section with separate sets for face, chest, and each arm/leg, so by putting them over different base coats you can make a calico, tuxedo, snowshoe, or just add a little accent to an otherwise solid coat. I plan to add more in future updates just like the skins, but the ones I've included here more or less cover the basics of "yeah that's what a cat looks like". Fixed an issue where the base skins stopped showing up for the spellcaster occult, they should be back to normal now.

Also, on a less important note, I chopped that one extremely long image of all the eye colors in two, because it was ridiculous and taking up half the page. The eyes themselves haven't changed at all.

Update 7/2/20: Added seven new skins (a lighter version of the bengal, blue tabby, cream tabby, black self, chocolate self, a blotched/calico-style tortie, and a dilute blue-and-cream tortie), and made a slight color adjustment to the nose/skin color on the solid white to make it less orange and more natural-looking. I also completely redid the elder overlay on all skins for improved looks and easier future updates, because up until now for some reason I had the grey on the same layer as the markings and just tried to edit around it every time. It did not work at all. I kept doing it anyway. I am not a clever man.

Update 4/13/20: Added four new skins (seal point, blue self, white, and a fantasy cobalt based on smartbluecat's Inigo mod for Skyrim), and a bunch of new fantasy eye colors (violet, lilac, lavender, pink, grey, and silver). I've also modified the default eyes so that they function as regular eye colors and can be passed down to children like the skins (though they still seem to throw a lot of human eye colors even with two cat parents, still not sure how to fix that). The original face paint eyes are still available as a separate file for those who want them, updated with the new colors. Also fixed a problem where I'd accidentally hidden the nose/eye detail layer on the black skin.

This started out as me just wanting to create one of my Skyrim characters as a Sim, and very quickly spiraled into a whole project. I refer to them as khajiit because of the original reason for making them, but moving forward I’ve tried to design them in such a way that they can fill pretty much whatever cat-people needs you might have and stick as closely as possible to the vanilla game’s art style. I’ve created them to work with all ages and genders as well as most occult types.

Eyes
The eyes are based off of domesticated cats and come in most possible natural colors, as well as an assortment of fantasy colors. They function as normal eye colors and can be passed to children.

Skins
Most of the skins are based more on the bengal breed with vague overtones of khajiit, plus a couple extra colors based on other breeds. The markings are an overlay that darkens with age (elders also get some grey fur on their faces). The only exception is the torties, because that got way too complicated with all the layers involved (maybe one day).

Markings
Instead of just painting white markings onto some of the skins, I decided to take a cue from real life cat genetics and create them separately as tattoos to go over any color. There are separate sets for face, chest, and each arm/leg that can all be mixed and matched for maximum variety. If you want to populate an entire small town with cat people that all look different from each other, now you can.

Future Plans
I add more coat colors and white markings on a semi regular basis; if there's one you really want, feel free to drop me a message. I can't guarantee if or when any given color will be added, since I'm doing this for fun in my downtime, but requests will definitely be taken into consideration.

Need more information?
Back to download view
54 Comments / Replies (Who?)