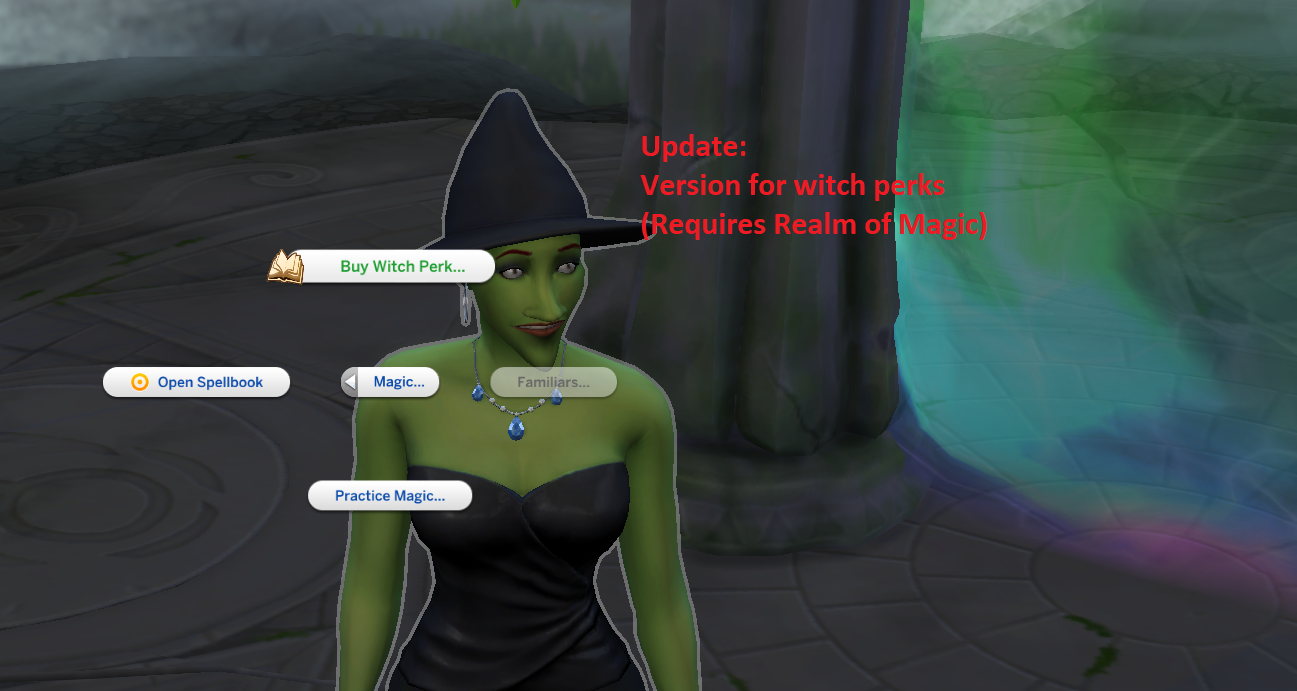 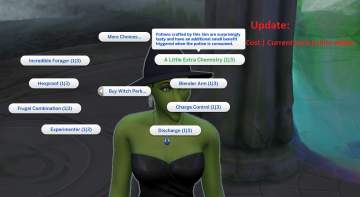 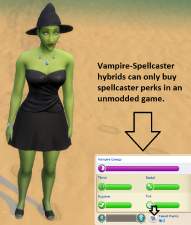 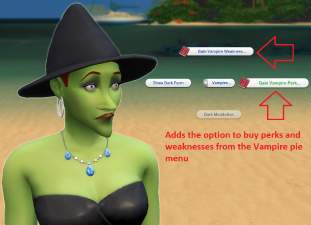 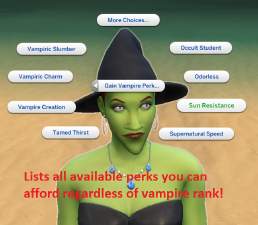 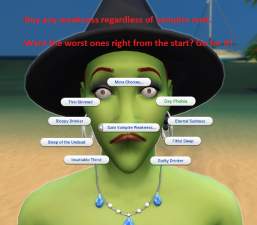 There is a script component to this mod. The .ts4script file MUST be placed directly in your mods folder, or at most 1 subfolder deep.

Download the REQUIRED script mod and extract the .ts4script file directly into your mods folder. Then download whichever menus you want for your game.

Realm of Magic game pack required for the (Witch) menu.


This mod adds two new options in the "Vampire" pie menu category which allows vampire hybrids, such as vampire-spellcasters, to spend their perk points.

The menus will display ALL perks you can afford, regardless of your vampire's rank. This allows you to get perks such as vampire creation early. Perks that conflict with any you have won't be shown (e.g. Sun Resistance won't show if you have Thin Skinned). Each option will only be displayed if you have enough points to buy something from that category, so the weakness menu won't appear until you get your first weakness point.

This mod serves as a (sort of) fix to the issue of vampire-spellcaster and vampire-mermaid hybrids being unable to spend their perk points, at least until someone figures out how to open up the perk menu directly or until EA listens to our complaints and fixes it.

Because vampire hybrids are not "officially" supported by the game, be aware that you may still encounter issues while playing them.

Vampire-Spellcasters seem to be stable apart from the issue that this mod addresses.

If you plan on making a vampire-spellcaster hybrid, I suggest you customize or remove your dark form BEFORE adding the spellcaster life state.

If you plan on making a vampire-mermaid hybrid, make yourself a pure mermaid first to customize your tail, save your game before making yourself a hybrid, and check your sim when you exit CAS for issues with their forms.

If the menus aren't showing up, you didn't put the script file directly in the mods folder

Download the (Vampire) version to add the vampire menu.
The (Witch) version adds the witch menu.

Need more information?
Back to download view
17 Comments / Replies (Who?)