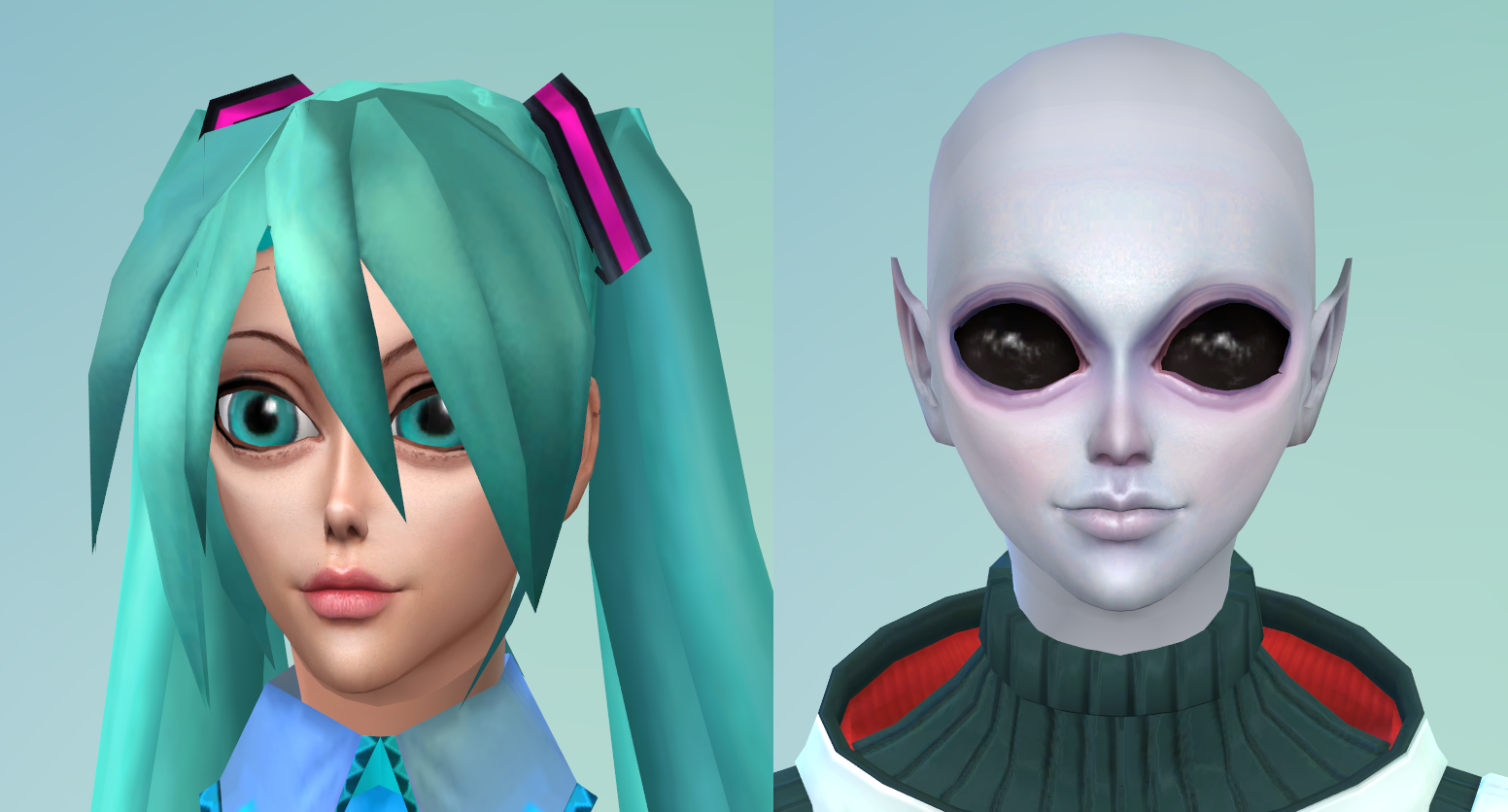 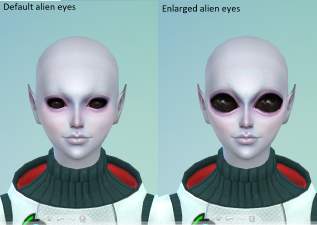 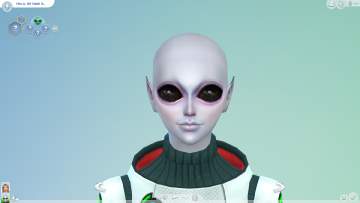 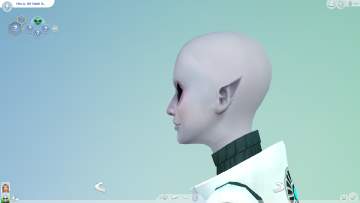 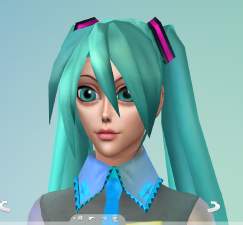 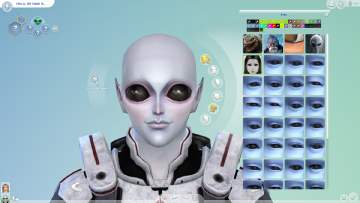 54 Thanks  Thanks     9 Favourited
This is a less extreme version of my Realistic Alien Head mod, as requested by Godzilla-Force. Instead of altering the entire head shape like my other mod, this only affects the eyes, making them much larger than default alien eyes. A comparison between the max size for default alien eyes and the mod's eyes can be seen below. 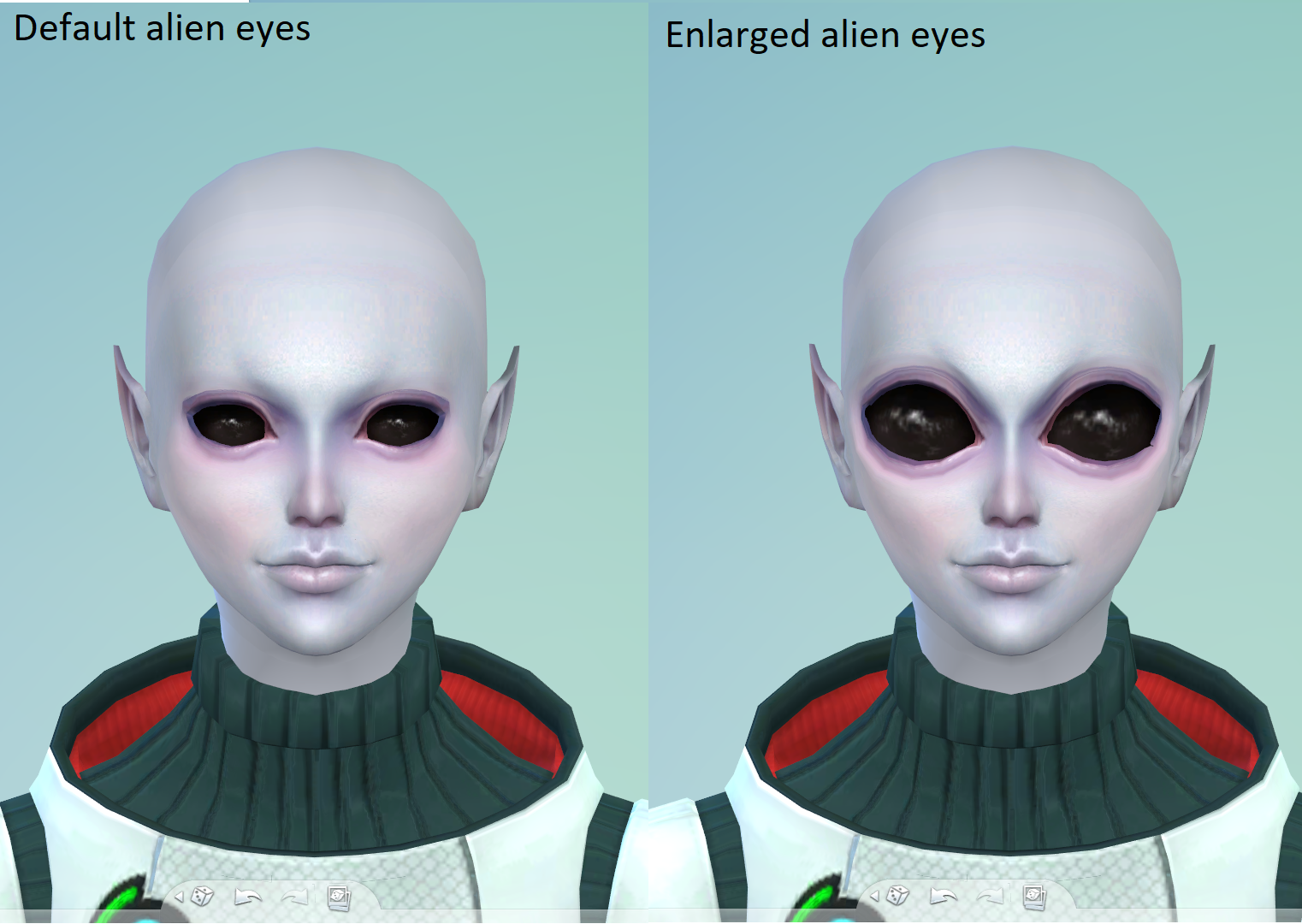 This preset is available for all ages and genders. It can be found in the eye preset menu, with an alien/human hybrid as the icon: 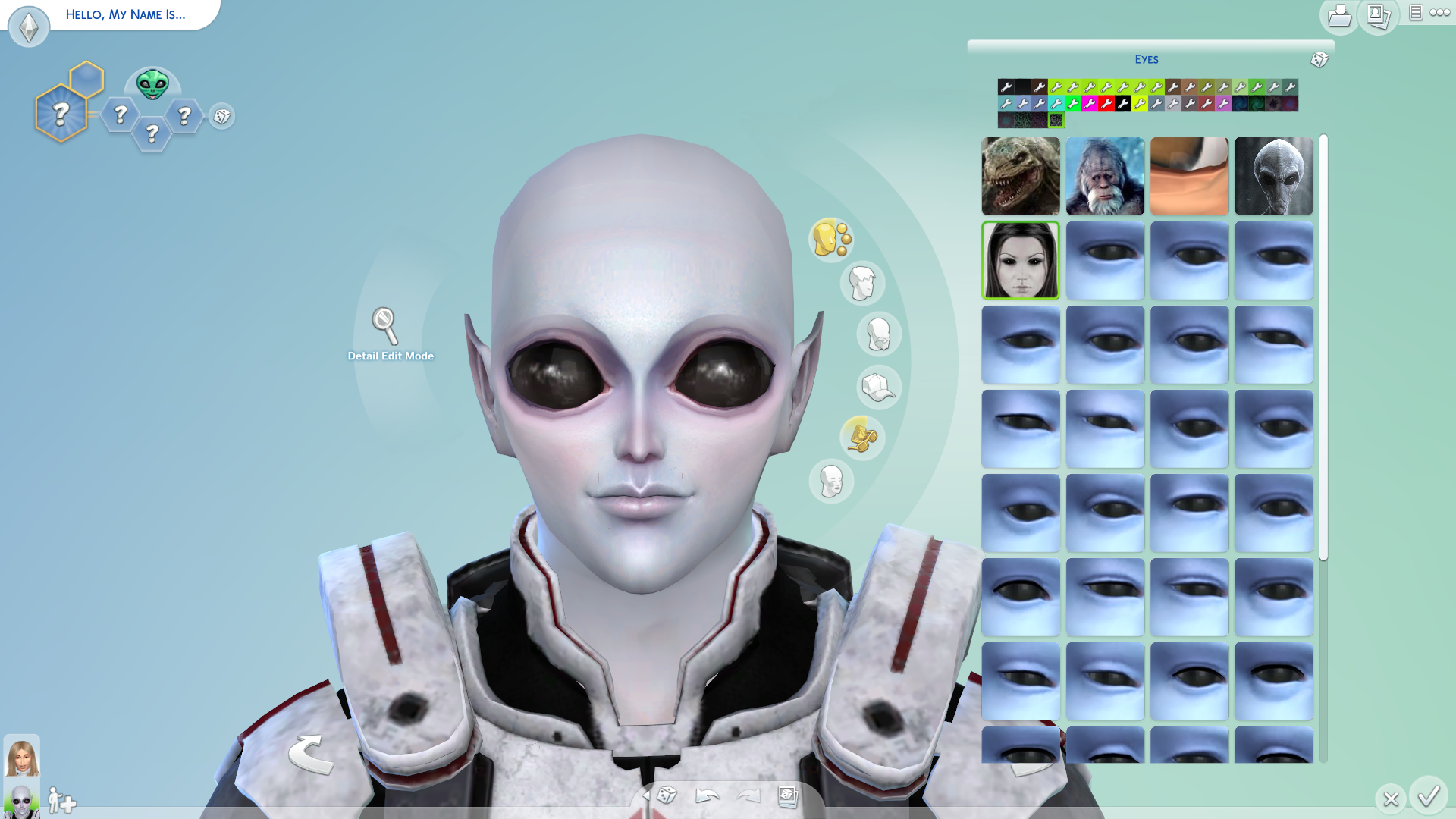 This preset is not restricted to aliens, it is available all other occults as well as regular Sims. As the title of this mod suggests, this makes the preset useful for things other than aliens such as anime style characters. As an example, here's a Hatsune Miku Sim I made. 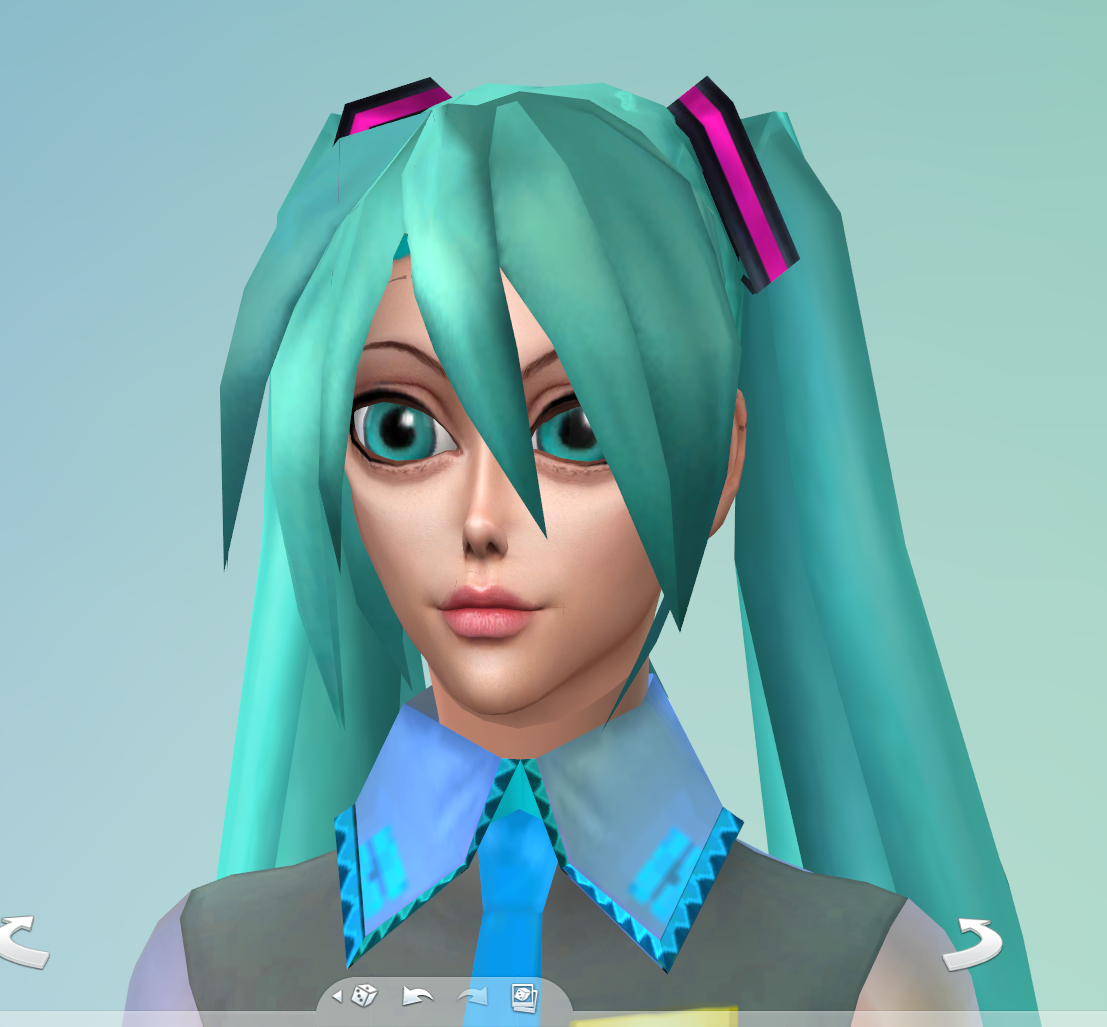 Known Issues
There's very slight clipping of the eyes out of the sockets when your Sim isn't looking straight forward. It's incredibly small though (nothing like the goldfish eyes the other presets I made get).

Additional Credits:
Made in ZBrush, Blender, and TS4MorphMaker

Need more information?
Back to download view
2 Comments / Replies (Who?)