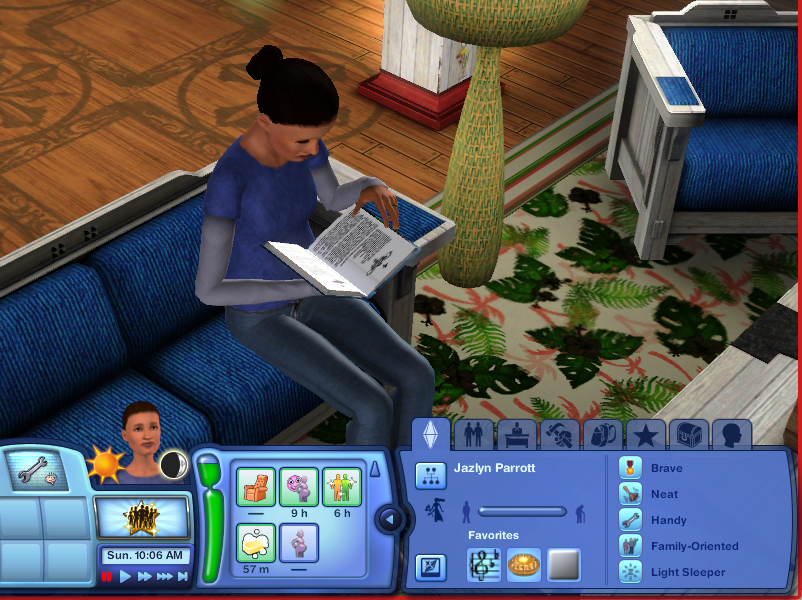 Update 3/31/2021: Added Chinese (China and Taiwan) translations by PieceOfCarambola, thanks for the help!

Update 10/25/20: Added German translation, thanks to DieNina for providing!

Update 8/21/20: Added Russian translation, thanks to Tomtoq for providing!

Update 7/31/20: Bug fix, the moodlet-assigning alarm was being deleted on quitting and reloading a game; I'd like to thank gamefreak130 for explaining this. Sorry about that, please replace with the fixed version!

I've never liked the +20 pregnancy moodlet. The flavor text even acknowledges that not everyone feels the same way about being pregnant! So why is every sim happy about it the whole time anyway? Why, EA, why?? I liked it even less once I decided to play with 4 seasons to a sim year, and realized that meant looking at that silly, arbitrary +20 for way longer than just 2 days, so I fixed it.

This mod (inspired by Arithmancer's, but going further and designed to avoid conflict with mods that edit the Buffs XML) replaces the default pregnancy moodlet with a custom version that has no mood effect, and adds two new moodlets (Anxiously Expecting, -40; Eagerly Expecting, +20; each lasts 9 hours) that have a chance to be assigned on every hour that a sim has the pregnancy moodlet.

The hourly base chance for each moodlet is 15%, with a +15% modifier per contributing trait present, and sims who dislike children are barred from ever receiving the positive moodlet. I'm open to adding flavors with different base chances, trait modifiers, and contributing traits if a consensus emerges on flavors people would like.

This is a script mod, so it shouldn't conflict with anything that doesn't specifically mess with the pregnancy moodlet. It does not edit the Buffs XML, so will work just fine with most mods that do. If you have mods that edit the default pregnancy moodlet through the Buffs XML, it'll just be as if they're not installed, since this mod replaces that moodlet entirely; if you have another mod that also replaces the pregnancy moodlet (I've never seen any, but somebody might make one in the future), it might be a problem but I can't say for certain.


Additional Credits:
PuddingFace, for explaining how to alter moodlets without editing the Buffs XML - thanks PuddingFace!
NonaMena, for extremely useful tutorials on script modding and buffs
Arithmancer, for the More/Less Cheaty Pregnancy Moodlet mod, which inspired me to make this one
And as usual, the creators of S3PE, for making so much possible

See: Game Help:TS3 CC Basicswiki for a full guide!
Back to download view
36 Comments / Replies (Who?)