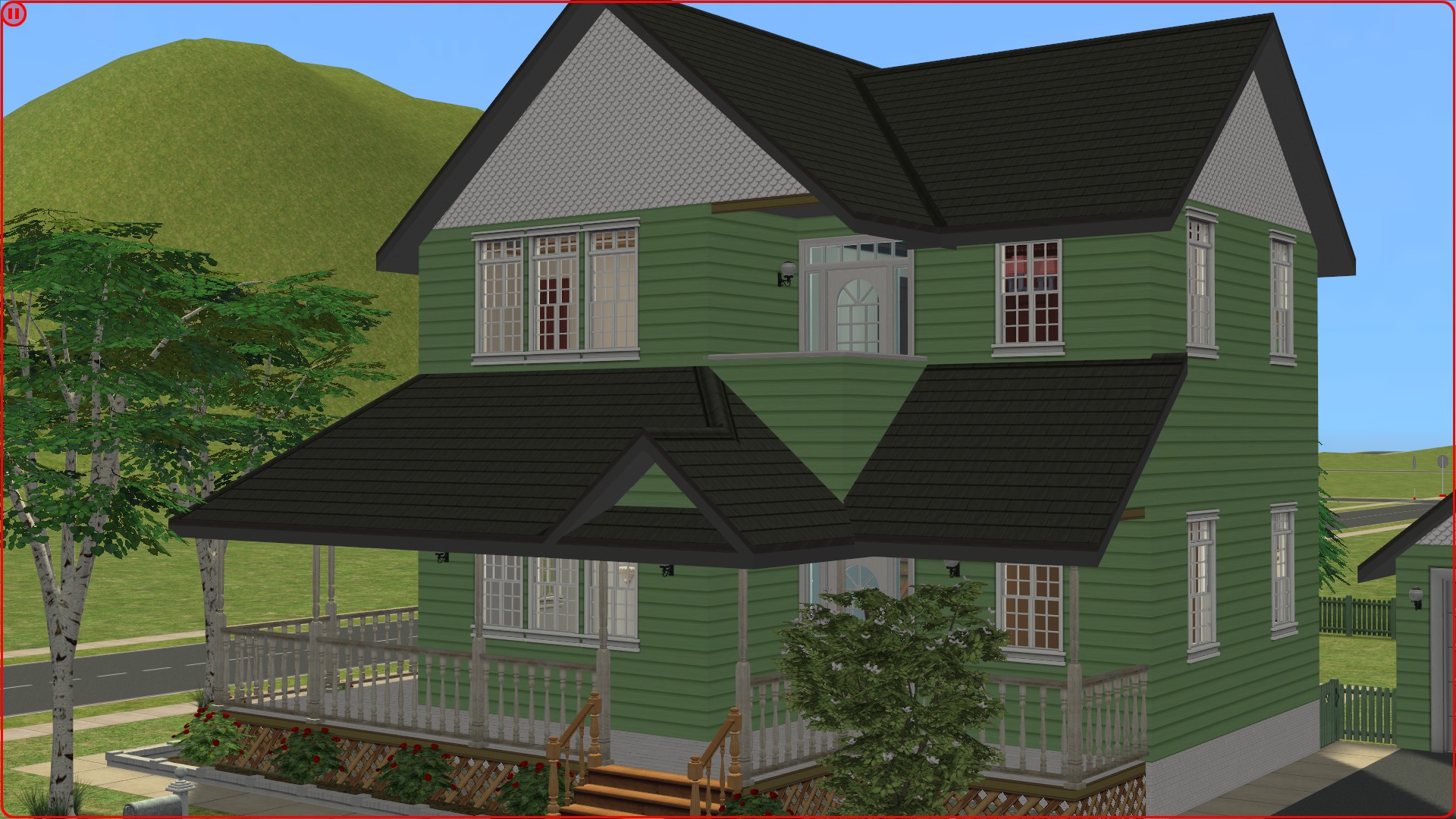 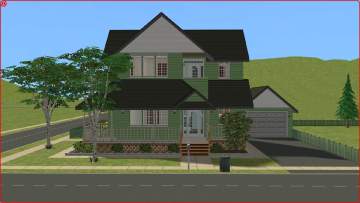 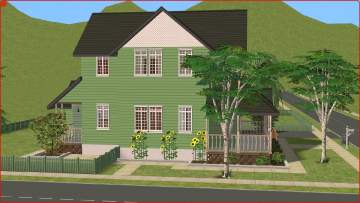 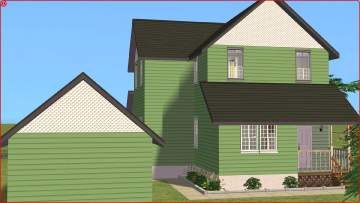 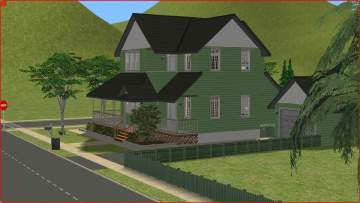 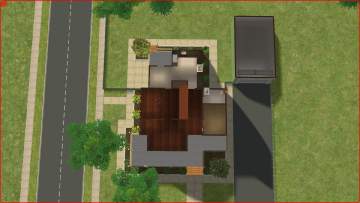 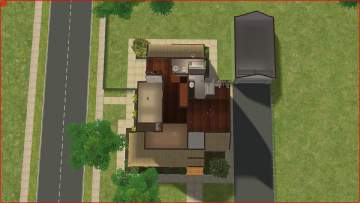 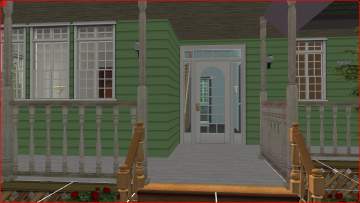 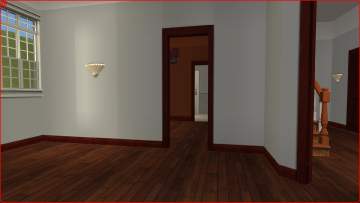 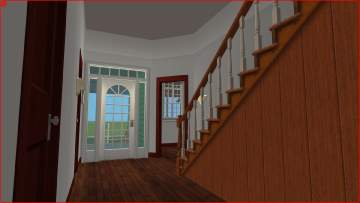 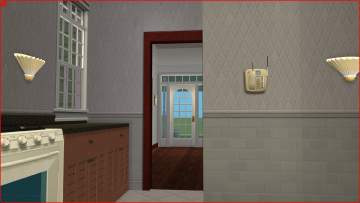 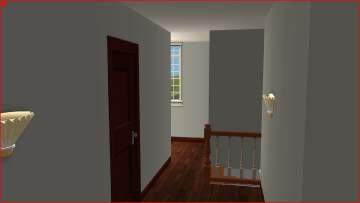 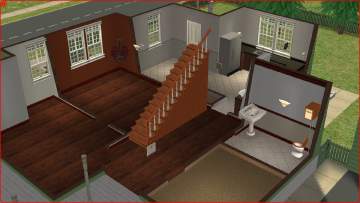 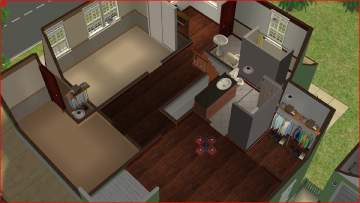 47 Thanks  Thanks     6 Favourited
As a long-time player of SimCity 4, I always liked the look and feel of many of the middle-wealth residential houses in the game. This house is directly inspired by one of those houses, the pink-colored 2-story middle-wealth house in the 1890s Chicago tileset. It would be fair to say that this house is heavily inspired by that one, but this is not an exact duplicate of it. (nor is it meant to be)

The most immediately visible part of this house is the large covered porch along the entire front face, with a small second-story balcony nestled into the roof above (accessed from the master bedroom). The front porch definitely ties the whole house together, and it wouldn't be nearly as visually appealing if it weren't there, and if it weren't so large. The outside perimeter of the house is landscaped with shrubs and sidewalks, and the yard is partially fenced in with some trees scattered throughout. A one-car garage off of a double-long driveway wraps up the exterior. Inside, most of the first floor has "vaulted" ceilings, thanks (once again) to the CFE cheat. (I swear I'm not addicted to it, I can quit using it any time I want) The ground floor features living space, a modest-sized dining room, a kitchen in the rear, (meant to look as though it was added onto the house later on) a half-bathroom and a small study just off the main hall. Upstairs is a full bathroom in the back, then two decent-sized bedrooms with closets, and then the 'master suite' with its own private bathroom, walk-in closet, and access to the small front balcony.

This house was a lot of fun to build and I was very pleased with how it turned out. Note that, as mentioned before, the house was constructed through the use of the constrainfloorelevation (CFE) cheat, in order to boost the height of the second-story windows above the ground-floor porch, so there may be some minor headaches if you choose to remodel the downstairs. As usual, the house is mostly unfurnished but has basic fixtures - kitchen counters and appliances, bathroom fixtures, ceiling and wall lights (some of which were placed using the 'setquartertileplacement' cheat), a smoke alarm, two burglar alarms, and a phone.

The house was originally designed to fit within my personal custom neighborhood, so the house actually sits on a 4x3 lot oriented horizontally; there's a decent-sized open yard to the right of the garage. I considered using Lot Adjuster to change the dimensions of the lot but opted against it. The house was built originally as a corner lot, and the pictures show that it is placed this way in my test neighborhood as well; that being said, there's no reason why the lot need necessarily be placed on a corner, as there's only a small segment of sidewalk that attaches to the left side of the lot.

Additional Credits:
SimCity 4, for build inspiration
My older brother, for his obsessive love of Victorian-era architecture