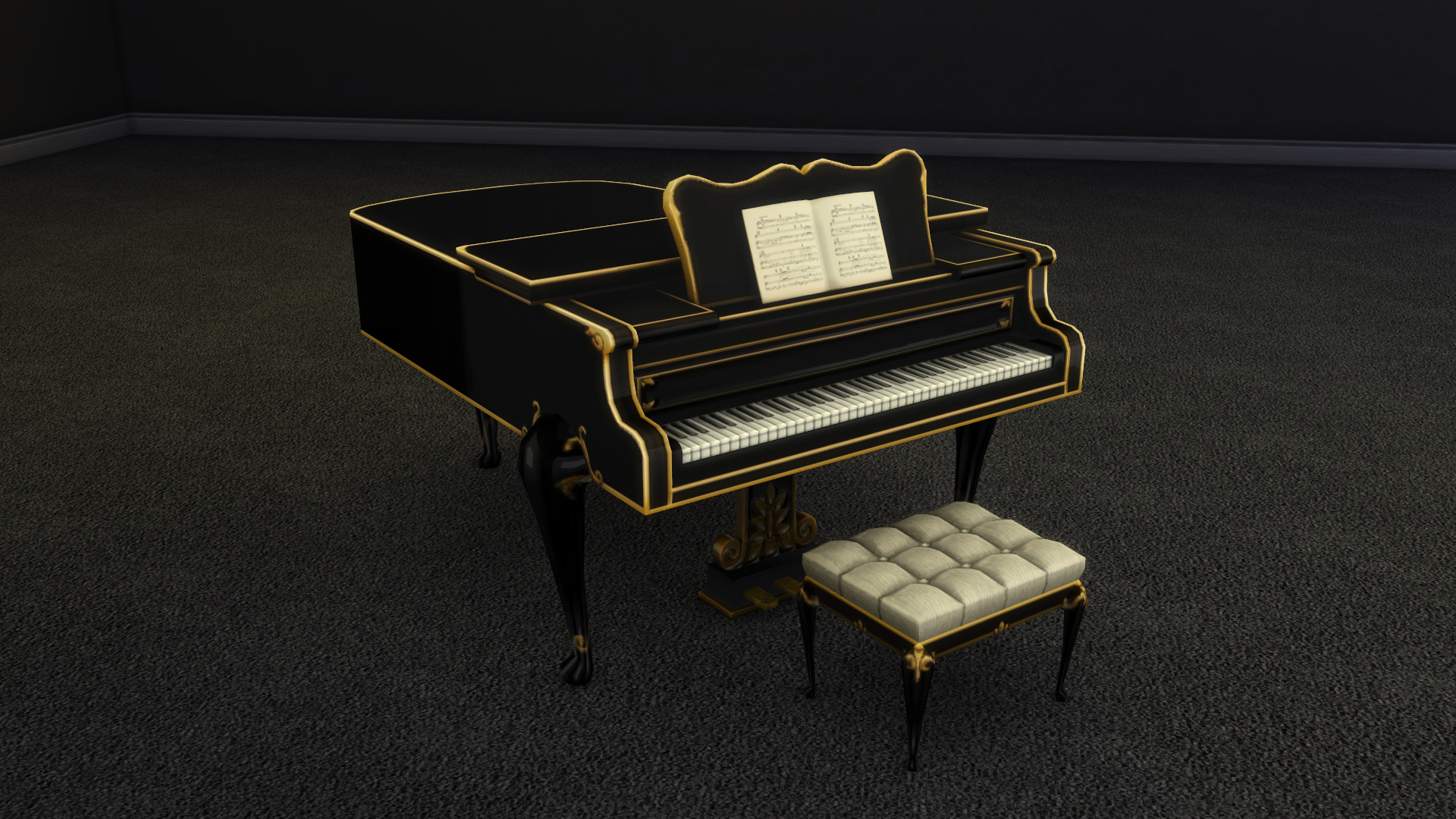 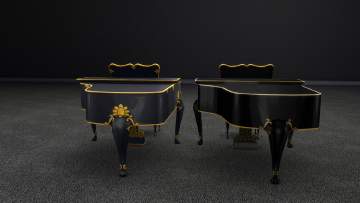 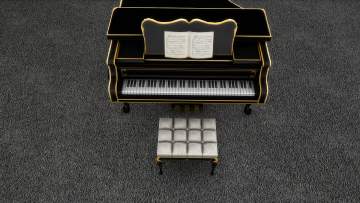 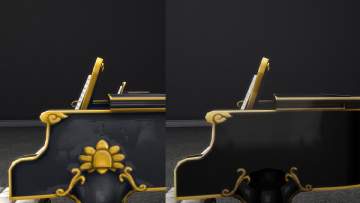 139 Thanks  Thanks     12 Favourited
This is a Maxis Recolour which means that it is a recolour of an item that already exists in your game. Please check the Expansion pack requirements to see which game pack it recolours.
Catalog: Entertainment/Activity, Venue/Arts Center, Venue/Lounge, Venue/Star Garden
Price: 1 Simolean
Swatches: Black only


I've always wanted to get rid of the flowery ornamentation of the Classical Genius Piano. My previously published recolors were just that, recolors of the existing default texture.

This time around, not only did I double the resolution, but in removing the ornamental trim, I discovered profound errors in the default object's DST files (both its specular and bump map DSTs). The specular map was unnecessarily grainy.

The bump map DST, which gives the illusion of ridges and depth, had a shattered-mirror effect if examined at particular lighting angles, which I can only attribute to someone at EA hand-editing the DST without realizing the reflective errors they were creating: 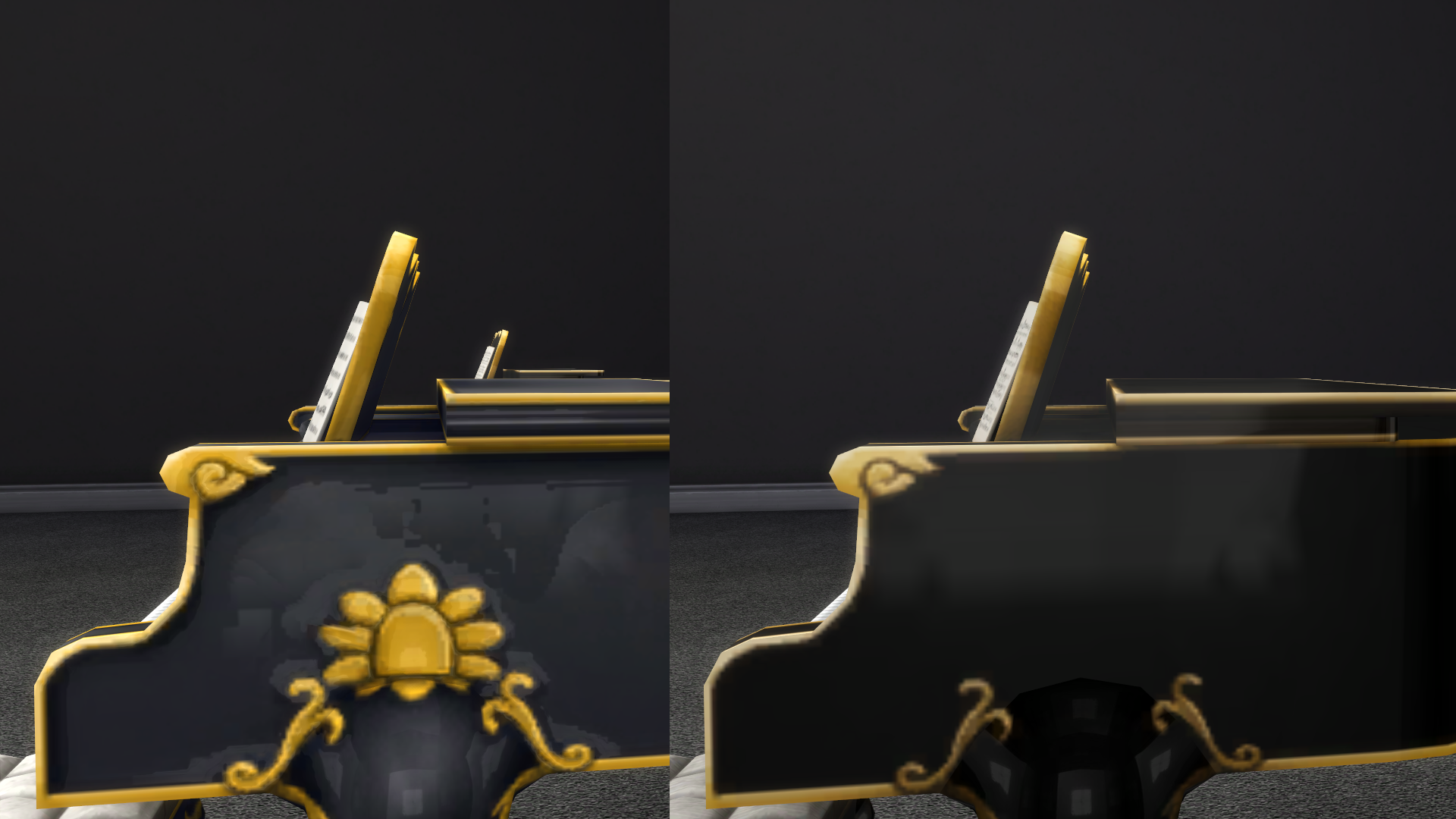 The specular map is now double the resolution and not nearly as grainy, and I flattened the bump map DST (not everywhere, just in the worst-affected areas).

Also disappointing about the default object the were the red-green color banding, most noticeable on the default black swatch on the piano's lid and music rack, as well as the overall graininess, which was EA's over-zealous use of dithering and low-resolution textures (back in the day when conservation of computing resources were more important).

I've applied a texture overlay to the seat cushion, a metal overlay to the pedals, and changed out the music sheet. The music sheet comprises such a small area of the object's overall texture that to get it high-resolution would have required either multiple texture maps or a really huge single map.

The overall effect, after having removed the flower images on the ornamental trim and fixing the DST files produces a nice, simple, elegant appearance.

Need more information?
Back to download view
4 Comments / Replies (Who?)