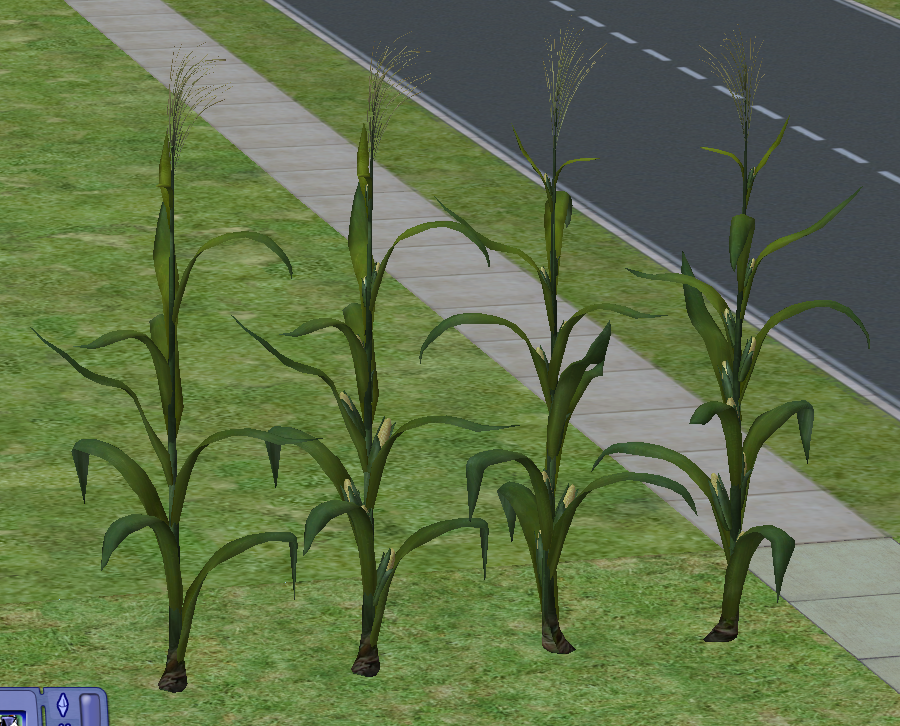 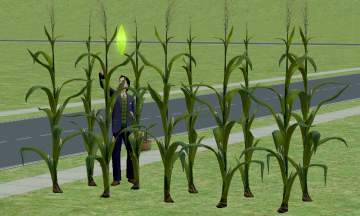 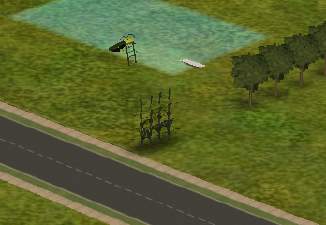 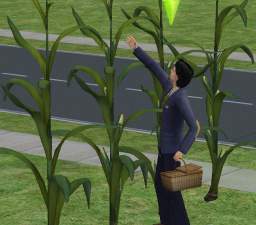 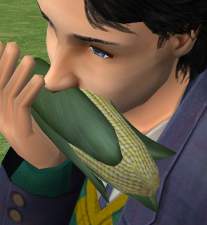 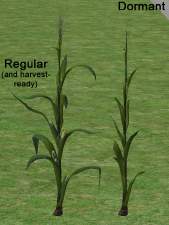 42 Thanks  Thanks     10 Favourited
This is a new mesh, and means that it's a brand new self contained object that usually does not require a specific Expansion pack (although this is possible depending on the type). It may have Recolours hosted on MTS - check below the description for more information.
While laying down for a nice siesta, I realized I hadn't seen any harvestable corn. As I'm working on some other harvestables that are way less realistic, I thought this was a good opportunity to bring a little of the midwest to the Sims. Cranking up Blender, Photoshop, and the internet, I found a few great models that I could simplify without much hassle, and as I had practice on that, placement was easy.

The only thing I'm not sure of is what the blossom textures look like, since I couldn't find either a TXMT or TXTR or anything else pointing to it, and no easy way to test in game. And sure, the harvesting texture looks a little weird, with Mr. Cooke aka my outdoor test victim here pulling from either high leaves or something not there, but what are ya gonna do? It also still wound up pretty high-poly, sitting at a pretty 16,128 poly count, so if you don't have a monster computer, I don't suggest corn mazes, but considering the EAxis harvestables squeak past 20k, I'm pretty okay with that. The corn itself is a little higher than Aysarth's cherries, but I couldn't reduce it more and get it to look decent.

They do also show up as corn in the neighborhood view, and have a dormant stage (mostly I just played with transparency to make the leaves shorter) as well as proper snow coverage that I didn't get screenshots of.

Enormous thanks to simler90 and whoward69 for helping with the problems I was having with the harvest leading to only harvesting trees and not the plant itself, as well as Aysarth's peach, pear, and cherry trees that I used as bases.

You'll find them with the other harvestable trees, in Build Mode > Garden Center for $1200.

Additional Credits:
Ear of Corn Yellow V2 for model of the corn itself (with poly reduction, obviously)
Corn Field V1 for the stalk model and the leaf textures
Filter Forge's Corn Texture
Aysarth's harvestable pear trees, from which I cloned