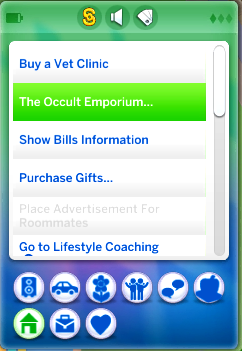 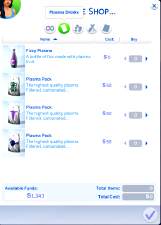 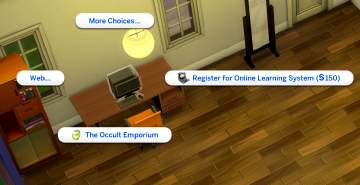 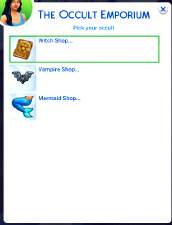 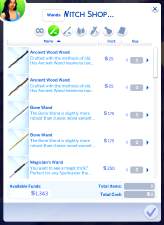 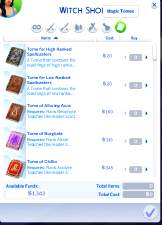 
Wasn't a fan of the village shop in The Magic Realm being on a rotation base, so I had to keep coming back to check for items I wanted. Also having a rotation kinda meant that you don't always know if you have seen it all or if there are better items.

So I made an occult shop, which you can find on the phone and PC. However, it will only show up to sims who are of the occult. Humans sims won't see it. The shop sells everything meant for occults, so witch tomes, wands, familiar, plasma packs, kelp, etc. Sadly it doesn't look like aliens have anything so they weren't added.

I am up for any ideas of what could be added that would fit, I'll even consider supporting other mods if the modders are fine with it.

Unzip The Occult Emporium into your mod folder, that's it.

Additional note:
If your occult can't see the shop, let me know, there are many occult traits, which might need to be added. The tests I did worked just fine but yeah. Just make sure you test my mod alone with no other mods/CC before reporting an issue just in case it's a mod conflict, which in that case will be noted on here.

Spite the page saying you need the GPs the mod should work just fine should you not have mermaids or witches for example. The mod should only show you what you have installed.


Conflict:
Should be none.

More info
While I will make sure that the important updates are announced here as well regarding to the mod, I do have a Patreon where I post things like WIP, or if any upcoming issues/update on mods are coming soon. Of course once it is released I WILL update here as well.
Everything on my patreon is 100% free and will remain so. Patreon