2010/06/15: To those who had problem saving using the box please now redownload.

I've been getting a few requests to make a box to store things in, so I made one a few months back (and totally forgot to upload it until somebody mentioned it again yesterday

). This is basically a simple box I made for that sole purpose, but if you're a cc creator you can actually make any objects functional using my script (similar to the way Buzzler's mod work, I've just noticed.) 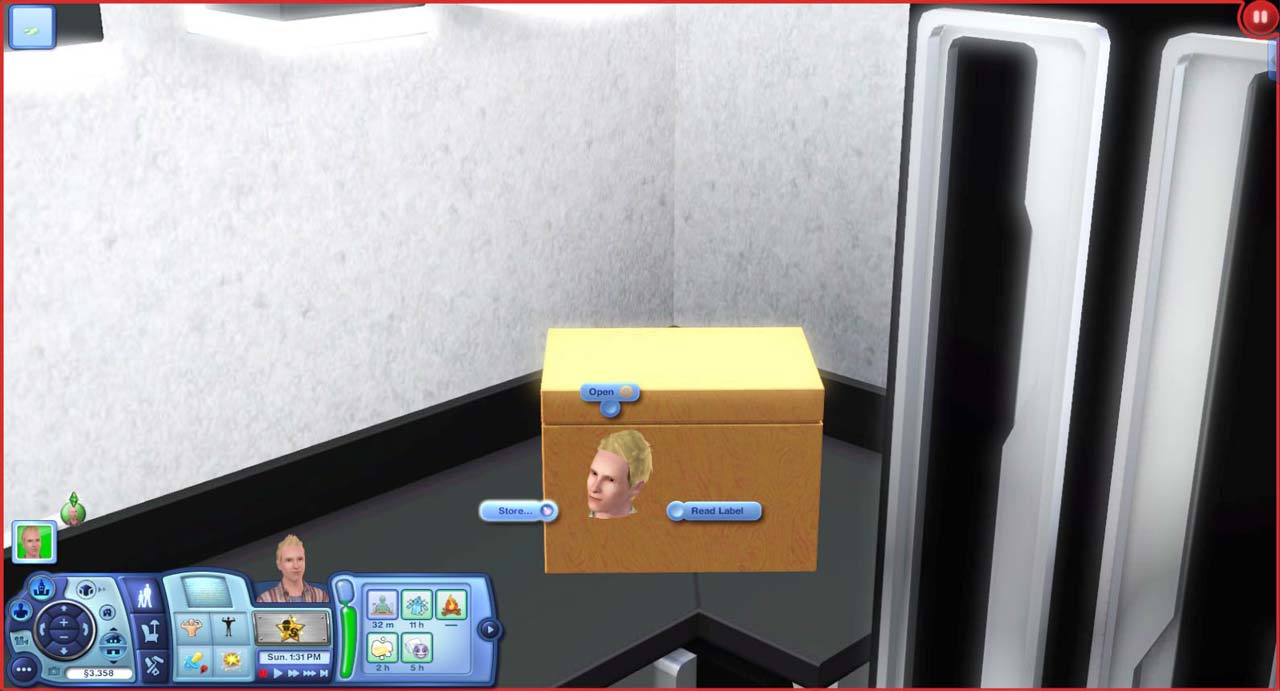 You can store many things in this box using drag and drop (choose Open and drag the items from your sim inventory), and also I've added some options so you can easily store specific things like RGM, books, paintings, photographs, certificates, relics, and seeds in one click. You can also give it a label (ctrl+shift click on the object in buy mode)

The box itself is in Storage/Misc Storage for §15.

MiscStorage.package: This is the script and it's required for the mod to work. As long as you have this file, you can make your objects functional just by making a minor change to them. Instructions for that in the readme.

StorageBox.package: An actual object that shows up in catalog using the above script.

Built with Game Version: 1.17
Key: - File was updated after upload was posted
Need help with downloading or installing content? Click this link!
Don't forget to Thank the creator after downloading! Use the Thanks button located above the screenshots above.
Basic Download and Install Instructions:

See: Game Help:TS3 CC Basicswiki for a full guide!
Back to download view
196 Comments / Replies (Who?) - 134 Feedback Posts, 59 Thanks Posts
Hide Thanks Posts for this thread (Show only feedback)
Page 3 of 8
ReaperofLives
Test Subject
#51

I can't seem to get the "Read Label" to function. I ctrl+shift clicked the object in buy mode and was able to write a label, but nothing happens when I make a sim read the label.
treeag

Thanks for the report. Will look into it

Fixed "Read Label". The latest patch broke it, I think, since it was working fine with earlier patches. To those who had a problem with "Read Label", please download the updated version

I tested the "Read Label" function and it works, but I'm getting the hanging save problem when I have the box on the lot now. It'll save if I don't have the box.
treeag

Did I upload the wrong storagebox.package?

if you still have a copy of the working box, you can overwrite that. Only miscstorage.package file needs to be replaced with the new one for the read label issue.
ReaperofLives
Test Subject
#56

I'm not really sure what happened since it only hanged the first time while trying out the new file. I didn't played since then and just tested an hour ago saving both with and without the labels multiple times. There were no hang problems in any of them.

I think the one you uploaded was right. The date was the 15th and the old file had a missing buy icon, which this one wasn't missing one. Everything seems well now!
tehpengywin
Test Subject
#57

I love this box. I haven't used it yet but I've used ur treasure chest and it's been so useful. This box will be perfect for storing relics and seeds. I have some suggestions for future updates as well. It would be good if the boxes could be placed on tables and counters and also if u could stack them on top of each other since they don't actually need to be opened.
MiniMimi

Quote:
Awesome! Thank you for the update!
This chest is so useful, even more now that the label will work. I never saw the label working since my game was fully patched, I thought it was due to my non-english game

I have Ambitions, patched to the latest, and am having issues as well.
I don't get any of the options when I click on it.
Downloaded it again today in case I had an older version.

I have:
MiscStorage.package
StorageBox.package
...but, where should I put them? Is one a hack and the other the object/mesh?

Because from what I understand, with Ambitions, hacks go in:
Code:
(If you have Windows 7, like me)

...and objects go in:
Code:
Originally, I had both packages in the Program Files directory, and didn't get any options on clicking it (nor could I move it into my inventory).
This past time, I copied both files in to the My Documents mods folder, loaded the game: still no options.
Oddly enough, I have the same problem with cmomoney's Book of Knowledge, which is supposed to have similar features.

EDIT: I deleted the copies in my Program Files (leaving just the one set of the .packages in Ambitions' My Documents/Mods folder).
Then I cleared all my caches.

Started it up, same result.

EDIT #2: Found the problem!:
• You last updated June 26th (making it compatible with ...4.0)
• EA released a patch on July 7th (upping the game versions to ...4.2) to be compatible with an also-updated CAW tool.
^A patch I foolishly installed.^

So, any plans to update the mod now that there are no foreseeable patches in the near future?

Thanks, a fan,
Ben
LunyKimberly

@SkankBenSkank: I've got everything patched to 4.2 and this mod works fine so I don't think it's the patch update. Also, I'm not sure where you read it, but custom content (mods, hacks, objects, anything) is supposed to go either into the MyDocs OR the Program Files - not both. If you've switched to the new way - make certain that you've got ALL custom content out of your various Program Files directories (Sims, WA, HELS, AMB), make sure that you've removed the resource.cfg files from those directories and that the resource.cfg file in your Docs\EA\S3\Mods folder does NOT contain the path 'Mods\Packages' (should just be 'Packages'). MTS covers everything in detail in their help section here: http://www.modthesims.info/wiki.php...Setup_and_Files
treeag

It's compatible with 4.2. Just read the wiki link LunyKimberly linked for instructions because I'm pretty sure you're not installing your cc the right way

For some reason, it's only decorative for me

I am having the same problem, but I *have* World Adventures and basically all EPs/SPs installed.

Are you fully patched? Do you use the new CC setup under Documents?
treeag

Updated today, you can now put it in sim inventory. Got annoyed when I realized I couldn't take it with my sim when he moved out.

I don't know if this is possible, but if this box had an option to rename (thinking nectar namimg) and display that name as a tool-tip, it would be perfect.
treeag

What do you mean by rename exactly? What's the difference with the current "give label" option?

As for the tool tip, I actually have made something like that a while back. It's a sign you can put above doors and shelves and you can give it a label that would show up as a tool tip. I didn't upload it though, I think. Anyway it'd be easy to implement something similar to this mod, it's very simple.
Anach

I have no "give label" option on the box. I have the give item and the open interactions, but no label option. I'll redownload it and check to make sure something odd hasnt happened.

Mostly I was thinking of a tooltip for quick checking box labels.
treeag

The give label option is currently only available in buy mode (ctrl+shift click) That might change in the future. As for the tooltip, I'll work on it later today.
treeag

It dose not even show up
ITU
Test Subject
#74

In version 2010/06/26 of such problem wasn't, it is possible to download or correct it in the new version

Excuse for my English from the translator
treeag

Not sure what you meant, sorry