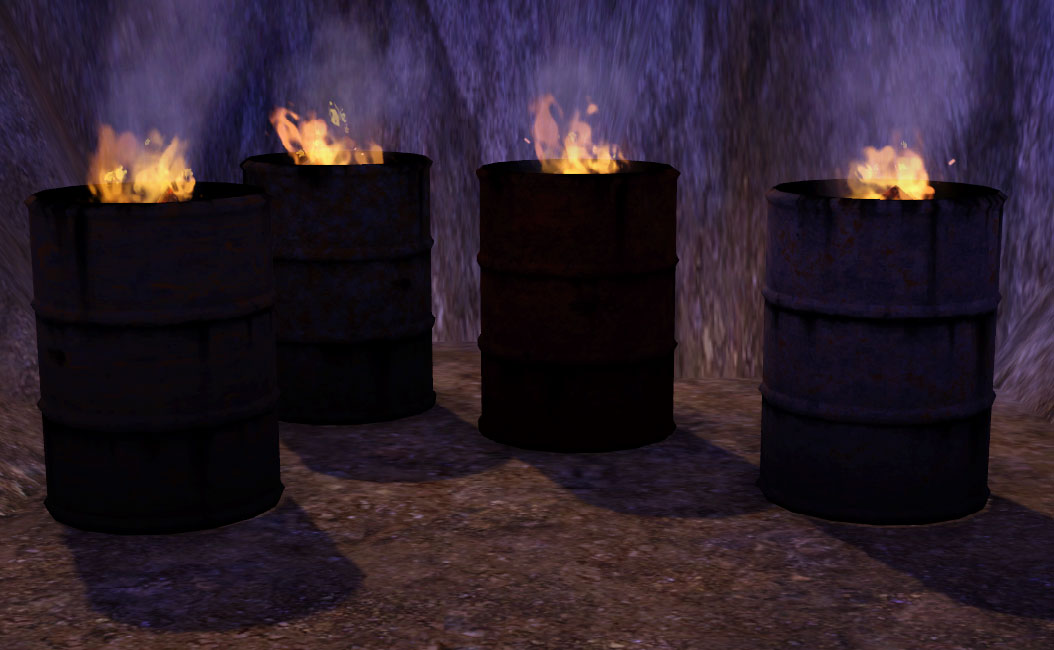 The Barrel o' Fire provides warmth and light in these cold, dark and desolate times. It comes in four preset colors, has one CAStable channel, and cost $5 in the OutdoorCooking section. The fire can be stopped and started at will. Sims can also warm themselves by the barrel(and get the 'Warmed' moodlet). 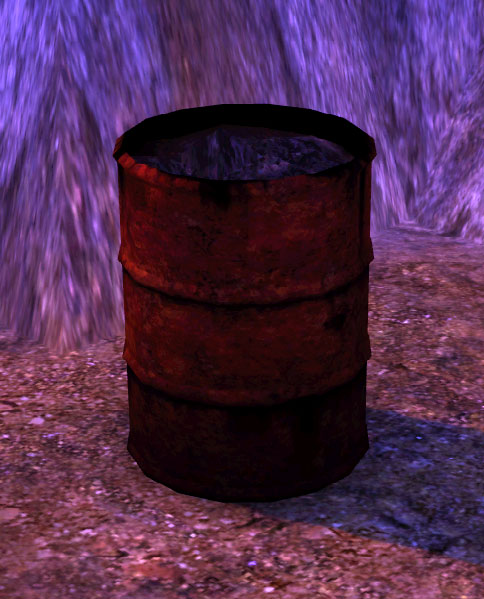 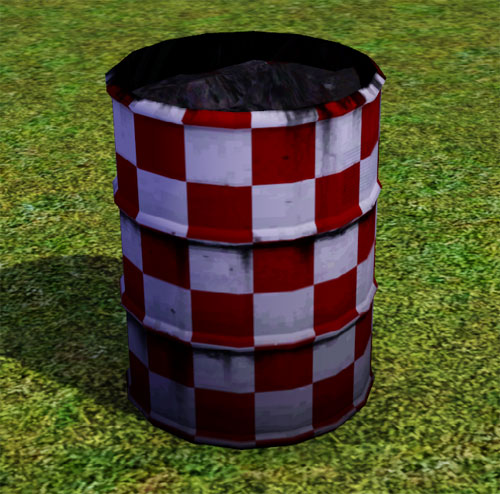 Additional Credits:
Thanks to Inge and Peter Jones. Made with S3PE and Blender 3D.
Tags: #apocalypse, #fire, #barrel, #apocalyptic

Built with Game Version: 1.22.9
Key: - File was updated after upload was posted
Need help with downloading or installing content? Click this link!
Don't forget to Thank the creator after downloading! Use the Thanks button located above the screenshots above.
Basic Download and Install Instructions:

See: Game Help:TS3 CC Basicswiki for a full guide!
Back to download view
55 Comments / Replies (Who?) - 5 Feedback Posts, 47 Thanks Posts
Hide Thanks Posts for this thread (Show only feedback)
Page 2 of 3
Sciffy Circo

Awesome object, love the animations. How does it work as Hunger + 2 though? I could warm myself, but is it possible to cook on this?
Studio:
http://www.thesims3.com/mypage/SciffyCirco
YouTube:
http://www.youtube.com/user/sciffycirco
cmomoney

No, that's left over from the object I cloned it from. Cooking over the stuff that's burning in the barrel could be very hazardous.

Thank you so much for this. It's exactly what I've desperately been needing for my VTMB neighborhood. Me and my homeless sims thank you.

SWEET! Thanks! I like your signature!
kkccdouble
Test Subject
#30

The fire object is an excellent addition to the growing Steampunk and Urban theme. Thank you for taking the time to create this.
JLRsimmer
Test Subject
THANKS POST
#32

hmmm, if we put this in behind a community building in bridgeport with some dirty homeless people, we could rename bridgeport new york haha
GreenPudding
Test Subject
THANKS POST
#33

alot of these objects created on this site go great with each other. this would go great with other gritty alleyway objects around on this site. i like this. i just hope it will work on later patches.
Vashi
Test Subject
THANKS POST
#35

Dutch Translate
This message has been deleted by yannickvanloon.
zhyzathn
Lab Assistant
THANKS POST
#36

As of 1.38, this is showing up in error logs.
cmomoney

This mod is working correctly in 1.38/Supernatural. Maybe you updated without removing CC?
"Part of being a mesher is being persistent through your own confusedness" - HystericalParoxysm
| (• ◡•)| (❍ᴥ❍ʋ) [◕ ‿ ◕]﻿

Everything was out except for the updated NRAAS mods (which is how I saw it in error trap) and the few mods I'd added back which had already been updated for 1.38.
I always add a few things, (usually go by creator since many have their own folder which makes it easier to keep up with things), play a minute, then exit and take a look.
It still works...but it did get a mention in ET log as did the couple of other gameplay objects. Most of the CC I had re-added was from the store, since it has it's own folder, and I'd re-added armiel and pharoah hound's folders before yours...everything seemed to be working fine in the game.
I only posted that it had gotten a mention in error trap in case that meant something to the creators. I will usually keep using anything that doesn't cause a crash and seems to work normally. : )

It could be that Twallan is still tweaking the mods...I know there's still some stuff to be done....

I just went back and looked again...it also mentioned the smoking mod - which I love - and it seems to be working fine as well in the game.
cmomoney

Well, thanks for mentioning it.

Thank you so much for updating it!
Seether1990
Lab Assistant
THANKS POST
#41

This is perfect for my homeless Sim. I think I love you, cmo.

Reminds me of the fire in a bin that Numenor did for that Victorian competition back in the Sims 2. Nostalgic to say the least. Well done, I love it!
lop90804
Field Researcher
THANKS POST
#47

Is this compatible with 1.67?
This is cool!
TadOlson
Top Secret Researcher
THANKS POST
#48