by smmi73 Posted 3rd Sep 2009 at 8:10 PM - Updated 17th Sep 2009 at 9:00 AM by smmi73
11 Comments / replies (Who?) - 10 Feedback Posts, 1 Thanks Posts
Picked Upload! This is a picked upload! It showcases some of the best talent and creativity available on MTS and in the community.
The old factories along the canal that haven't seen use in many years have suddenly become attractive again. Suddenly, living loft style is all the rage in Belladona Cove and disused factories are being converted into trendy apartments.

Former Lothario & Sons has been converted into two small apartments. Each has kitchen with dining space, living space, office space, bedroom and 2 bathrooms. Both have several balconies.

The cheaper apartment is decorated in a sleek and minimalist style. It costs 2,393 a week. 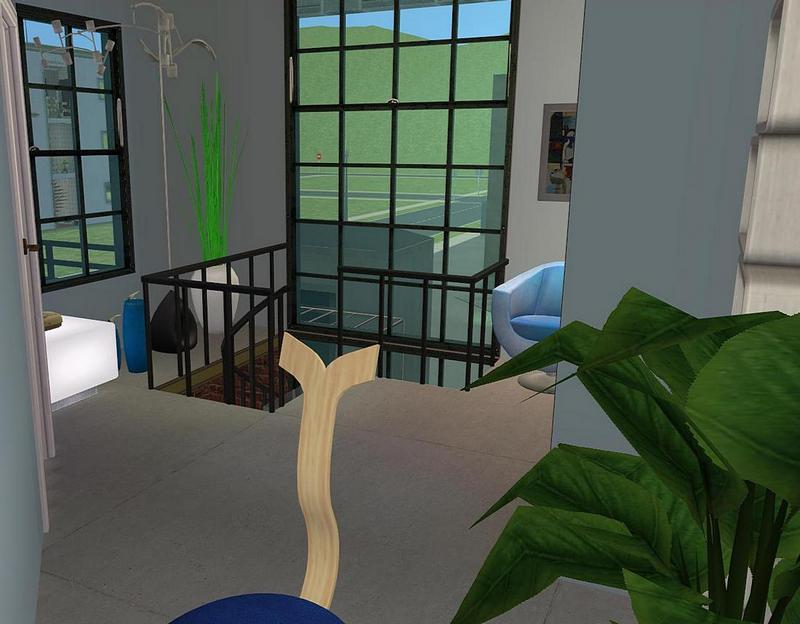 The other apartment is more rustic and with visible ceiling beams. It coms at the cost of 2,513 a week. 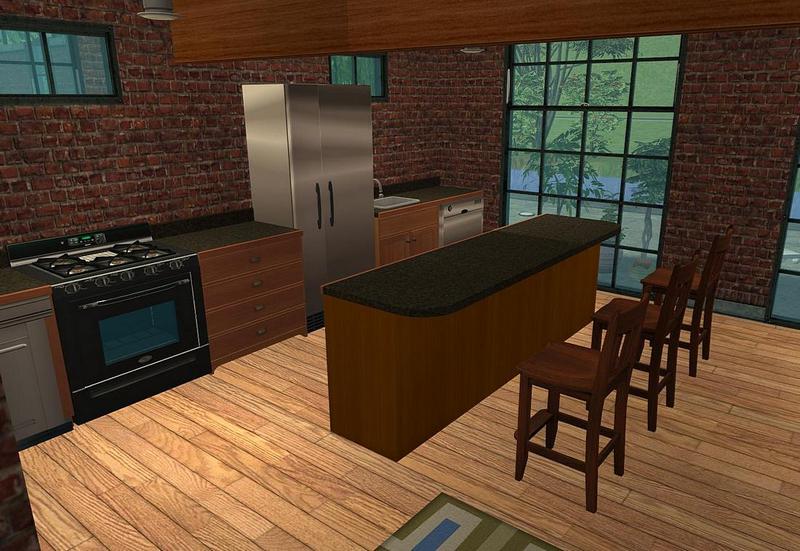 The canal adds atmosphere to the communal outdoor areas, where sims can barbercue, relax or play games. There's even the odd fish to be caught in the canal, now that it's not being used so heavily by ship traffic anymore. 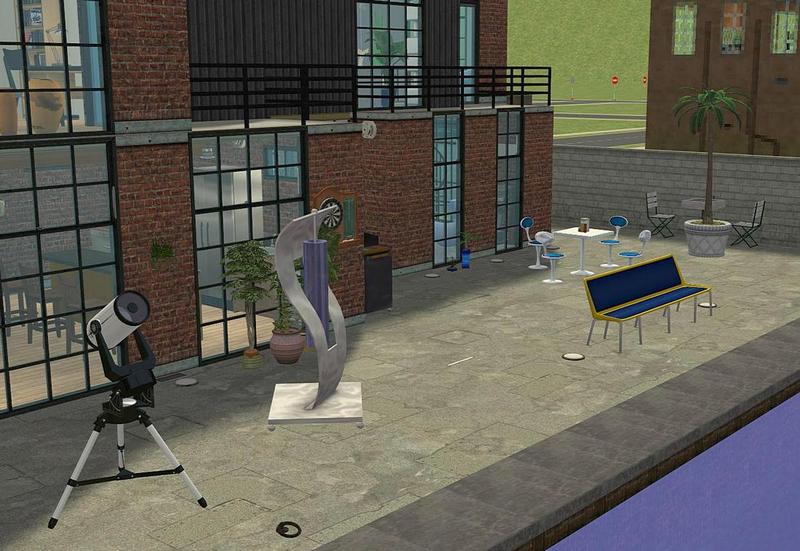 There's even a parking space for the active family's car. Since it's impossible to place cars once the lot has been rezoned I have already placed a car on the driveway, which will become visible and useable when the lot is played.

flashing items in hood view
I should've written that the molded belt deco from AL for some reason flashes blue in hood view if you don't have the latest CEP update. EDIT: updating the CEP didn't seem to fully do the trick. Since I find flashing blue items in hood view annoying when playing, I've posted an alternative lot file without the belted molding. The file's clearly marked, so it's your pick ... - Thanks to wickedblue for mentioning the issue and testing a lot as well.

note
The lot has been build with AGS, a copy has been tested without issues and it's been cleaned with CI. Also, to avoid confusion please be aware that pictures have been taken within my main game with all the EPs and packs that I own.

If you're interested in more canal lots to go with this one, check out my profile.

additional credits
All the cc, utility and program creators who made this lot possible. Without you there'd be no game!
Tags: #canal, #factory, #conversion, #loft, #trendy, #smart, #rustic, #cool, #apartment

Back to download view
11 Comments / Replies (Who?) - 9 Feedback Posts, 1 Thanks Posts
Hide Thanks Posts for this thread (Show only feedback)
kiwitams
Test Subject
#2

Thanks! This is an awesome apartment! I can't wait to move my sims in!
bubbajoe62

Factory/loft style is one of my faves and this one is especially nice. Thanks for sharing!
intihuatana
Test Subject
#4

Wow! This is amazing - I would love to live there!
1ove

I love the modern style of the apartments!
leefish

Wow - I did not see this - and you used my windows....THANK YOU. Very nice - I will check out the canal lot information on the profile - little Amsterdam here we come!
More downloads by Leesester, BoilingOil and others at Leefish.nl | My Stuff at Leefish.nl | LeeFish RSS | Sims4 News Blog | TumblinLeefish
smmi73

leesester, I use your windows all the time

cannot play without them!

I'd love to recreate some Amsterdam style houses and did have a go at it some time ago but lost the files. The other canal lots are industrial, old or modernist/contemporary styled. - From the pics I've seen, this isn't how Amsterdam looks

for more of my lots check out my blog: smmishing.wordpress.com/
triciamanly

Your apartments make me want to play! I haven't played in a long time because I love to build so much, but your apartments are inspiring!
smmi73

tricia, what a lovely compliment

I'm very flattered!
for more of my lots check out my blog: smmishing.wordpress.com/
ekrubynaffit

I love the look of these, but when I move someone in there is a big blue space above the canal area, when I take someone out and go to check what could be the prom it isnt there anymore and looks normal. Just wondered if you had that at all in testing? Otherwise fabulous job!
Rome wasn't built in a day

These look really good, but I had the same issue as ekrubynaffit. I placed the lot on a flat bit of land--almost all the land is flat in that neighborhood--and things look fine when I look at the lot in "construction mode" (no sims moved in). I moved in one of my sims, though, and the entire lot looked like it had sunk into the ground! The "blue space" from the water stayed in the same place and seemed to float above the rest of the lot. I couldn't see this from neighborhood view, only once I moved a sim in.

Like everyone has said, though, these apartments look fabulous and I can't wait to play them.
mrslott369
Test Subject
THANKS POST
#12