by guidion Posted 26th Apr 2011 at 2:46 AM - Updated 27th Apr 2011 at 9:40 PM by guidion
33 Comments / replies (Who?) - 15 Feedback Posts, 7 Thanks Posts
This is a new mesh, and means that it's a brand new self contained object that usually does not require a specific Expansion pack (although this is possible depending on the type). It may have Recolours hosted on MTS - check below the description for more information. Ever wanted that outfit that just lights up a room? Now you can have it, and save the world at the same time! I know what you have to be asking yourself, "Let me guess the helmet is free and the rest I have to send checks out to get, right?". Well you would be wrong! You get everything seen below for the one time, non-recurring, no intrest accrewing $0.00! Thats right! Free! This is a Full Bodysuit including a Helmet with a glass visor, a cape, a bodysuit, and a pair of boots. The Helmet is from Ambitions, but I am not sure you need this as I made a new mesh from it that is glowing, and not recolorable. As for recolorable options, this is not possible with glowing clothing.


The Cape can be found for men in CAS under Accessories in the Glasses Section, and looks like a standard face with no glasses or anything, see example: For women the cape will look like an arm with no bracelet, and a tiny part of the non glowing cape behind it (if you look closely), see example: 
Bugs: Glowing Clothing items cannot use Morphs, which means no matter how fat your sim is, they will look normal in this suit. For Example this screenshot shows the same sim in and out of the ensemble: 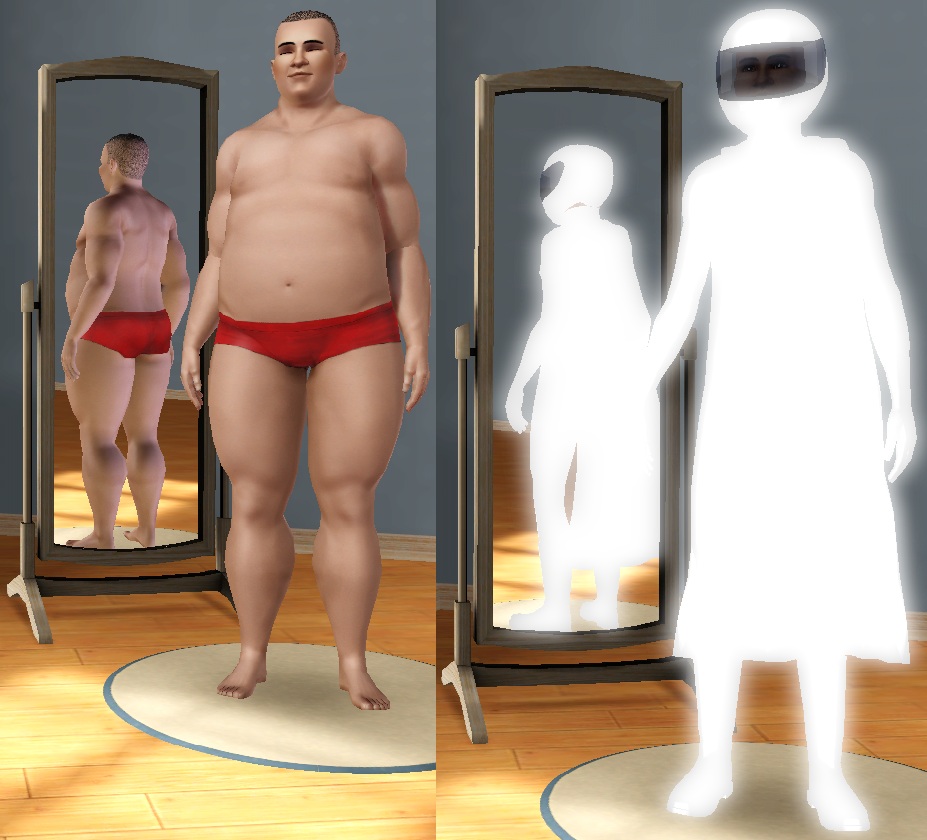 There is also a bit of neck skin that comes through the helmet on portlier characters, for example: 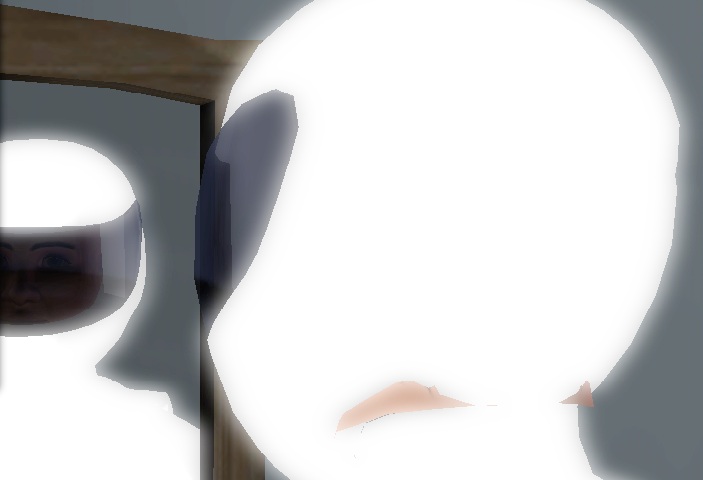 The Glowing also does not support underwater so the outfit is invisible when underwater, and you will get floating head syndrome whilst underwater, Example: 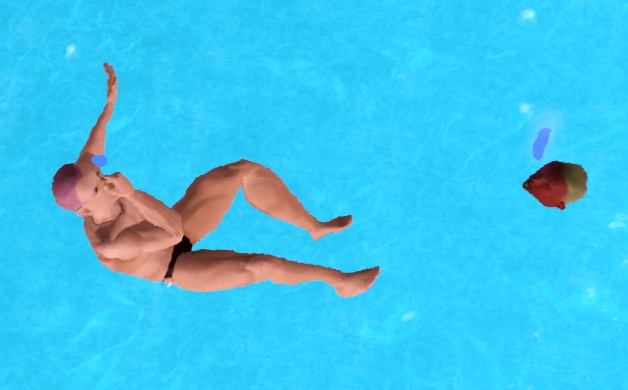 Additional Credits:
Thanks to SydneyB at Fallout Nexus for the Ashuras Batman Suit and Catwoman Suit from which the cape is derived, and from whom permision has been received.
http://www.fallout3nexus.com/downlo...le.php?id=10334
Great MOD Sydney B!!!

Thanks to the CTU team for CTU
Tags: #Superhero, #Cape, #Glowing

If you need more info, see:
Back to download view
33 Comments / Replies (Who?) - 16 Feedback Posts, 13 Thanks Posts
Thanks are currently OFF: Show Thanks Posts for this thread
Page 1 of 2
Adventfear
Test Subject
#2

Cool! It would be cool to see a female version and maybe one that perhaps has a Symbol of El on the chest? I thought this would look amazing on a Jor-El character :p
AnnaIME
Field Researcher
DELETED POST
26th Apr 2011 at 2:37 PM

STIG second coming! Well they found it in Betlem after all^^
Fluxit_Aqua
Test Subject
#4

I was thinking the exact same thing. XD Awesome job!

Honey! Where's my super suit!? You tell me where my suit is, woman!

Any chance of a not-glowing cape?
Kitty Paine

Great to see another cape mesh out there! But i agree with Justin and dangmal, any chance we could get a non-glowing version? And a female version of both glowing and non-glowing? Ladies can be super heroes too!
Life is moving too fast, I don't have the energy to keep up.
guidion
Lab Assistant

LOL, I am working on making a recolorable cape, the one in this set is different as certain rules do not apply to it, such as Texture mapping, and Morphs, also this one only really has one Level Of Detail in it, and that just does not work for me for a re-colorable version. Look for a recolorable cape SOON! I am working on a version of this for the ladies as well, look for that soon as well.

Chimodo: Making a certain part of the body glow is not very practicle, as the glowing option does not support morphs, this is why this suit covers 100% of the body. Because of this, I cannot make a good set of Bikini bottoms that glow while the rest of the sim (including legs) does not.
aprouty
Lab Assistant
#9

Great! While you are working on it, mind if you make a cape specifically for Superman and Supergirl? (With a yellow "S" logo on it) If not, that's ok.

Thanks and your glowing clothing is amazing by the way!

There's a few things you say aren't possible with glowing clothing, but can be done with the future clothing the time machine unlocks which have glowing areas on them (morph, recolor and probably swim). Not sure if you looked at them while making this or not, or perhaps they work differently, just thought I should mention that though.
sim_addict94

Quote:
"Some say he's wanted by the CIA, and that he sleeps upside down like a bat... all we know is, he's called the Stig."
~Jo
Shady, Bruno, Nouk, Fanseelamb and JB: You all help to break my downloads folder. You're all so brilliant, so I wanted to say thanks.
"Always forgive your enemies - nothing annoys them so much." - Oscar Wilde
guidion
Lab Assistant

Check out Superman, and Bizarro, they now have capes!
RyanLee146
Test Subject
#13

I don't know how to install this stuff with The Install Helper Monkey no longer on this site the installmankey made t easy enough to install Stuff please bring it back i Can't install Custom Stuff anymore and I can't figure out to use the site as it is without install helper Monkey!

I also want a PC version Of the Xbox 360 Sims 3 Free Will to be Puppet, So that in the PC with free will off the sims will not React to Life to Preserve Their Lives, maybe as a mod and the Install Helper Monkey to make a comeback!
Kitty Paine

Quote:
http://modthesims.info/download.php?t=395663
Esmeralda already made them. :3
Life is moving too fast, I don't have the energy to keep up.
Mockingjane

Hahaha! That's what I thought too!
christopherwi
Test Subject
#16

can you make teen titans the cartoon version
Quote:


i love your work!

can you make robin from teen titans cartoon series http://www.titanstower.com/assets/a...mpare/robin.jpg

and the rest of the five original teen titans http://www.titanstower.com/source/a...exanimated.html
like in order from robin starfire raven beastboy and (maybe cyborg last)
it would be awsome if you could.