by newshoes Posted 4th Mar 2012 at 12:01 AM - Updated 7th Mar 2012 at 12:39 PM by newshoes
66 Comments / replies (Who?) - 3 Feedback Posts, 22 Thanks Posts
This is a new mesh, and means that it's a brand new self contained object that usually does not require a specific Expansion pack (although this is possible depending on the type). It may have Recolours hosted on MTS - check below the description for more information.
Picked Upload! This is a picked upload! It showcases some of the best talent and creativity available on MTS and in the community.
This is an omsp that allows you to "tip over" objects at unique angles. It is based on the original One More Slot Package by Granthes. Thus once the object is tipped over, you may also vertically shift the omsp to the desired height.

***This object requires the original OMSP by Granthes to function. You must have it in your packages in addition to these tipsy omsp. Download the original HERE 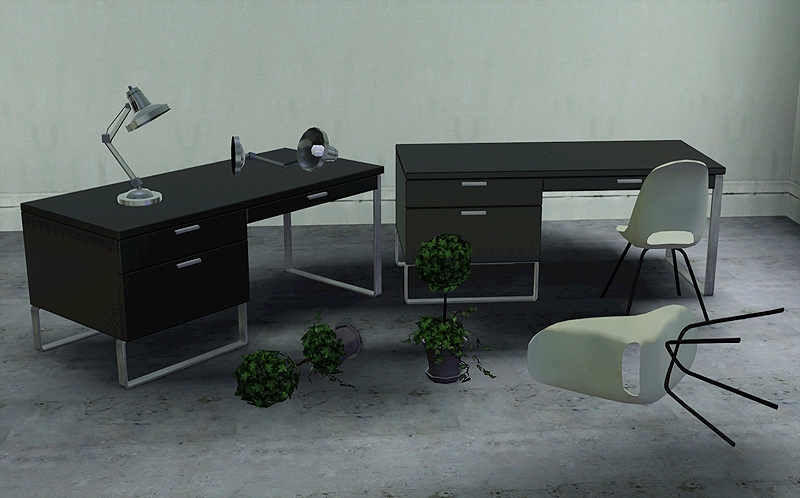 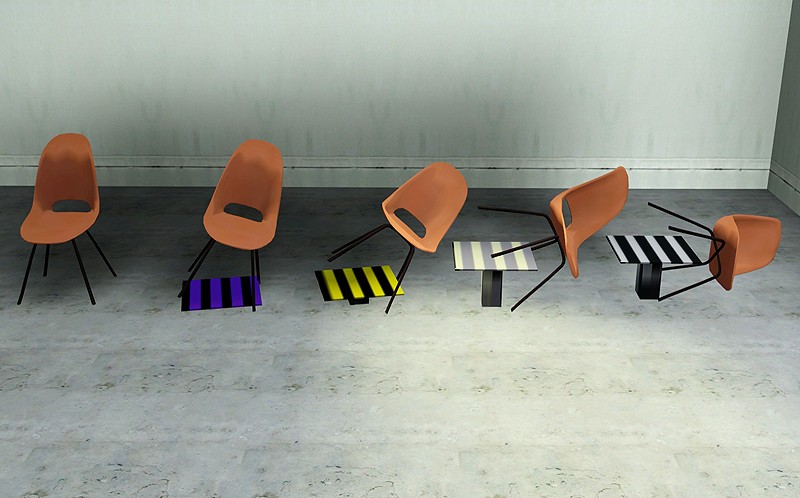 Once you have both Granthes original OMSP and the Tipsy omsp installed in your packages:

1. Find the omsp in Misc Surfaces. Place any object on the omsp and it will immediately tip over 90, 75, 45, or 15 degrees. These angles are not exact.

2. You can use the <> keys or alt and mouse to rotate the object as usual. However, some non-decor objects, especially large objects override the rotation with their own facing code. In this case you cannot rotate the object once placed on the omsp. 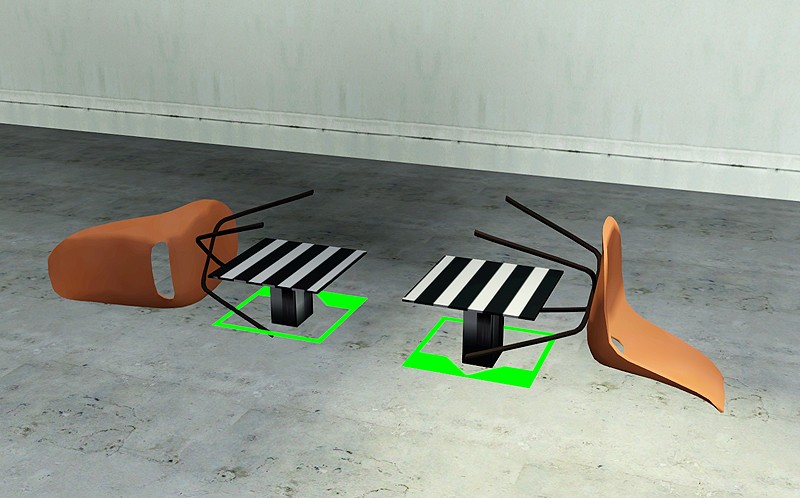 3. Depending on the initial direction of the omsp, the object you place on it will turn to a different angle. As you can see in the picture above, one chair is on its back while the other on its side due to the omsp being placed in a different direction.

4. When you place the object, depending on its size it may sink into the ground. This is where the unique functionality of Granthes' OMSP comes in. Holding down ctrl + shift, click on the omsp to raise or lower to the desired height. More information about the functionality of the original omsp can be found HERE

5. Ground shadows are attached to the mesh of object, so sometimes the shadows may float in the air.

6. Nice update from Grant about whether Sims can interact with objects tipped over using the tipsy omsp:
"The answer is the same as the original OMSP: They can, mostly. Sometimes for strange reasons they will route fail, but most of the time they work fine. Video Clip <----- This shows a sim using a chair that was tipped over.


Object has been tested with base game only as well as pets and 1.29.
You can download 90, 75, 45, 15 degrees separately or all of them in a combined package. I personally find the 90 the most useful.

Additional Credits:
A Huge thank you to Granthes for permission to modify his original One More Slot Package. Without the unique functionality of this original object the tipsy omsp would not have been possible!

If you need more info, see:
Back to download view
66 Comments / Replies (Who?) - 14 Feedback Posts, 51 Thanks Posts
Hide Thanks Posts for this thread (Show only feedback)
Page 1 of 3
Sarien
Test Subject
THANKS POST

Finally!
I've been waiting for something like this.
Thanks

This is so awesome! I just cried out loud because I was so excited. Thank you so much for this!
DreamDawnStudios
Test Subject
THANKS POST
#4

Great stuff, and a must for storytelling! :D
Lady_Chaos
Scholar
THANKS POST
#5

This will work great! Thank you!
ButchSims
And all the maladies of the world burst forth from Pandora's cooch
THANKS POST

this is the kind of cc we need more of. it has so many applications. good job
Zhippidy
Test Subject
THANKS POST
#7

I cannot say thank you enough. Thanks!!!!
efolger997
Scholar
THANKS POST

Great job, this is so useful!

Wonderful extension! Finally can get that "hurricane just blew through" look

I've been hoping someone would figure out something like this, so great!
traelia
Forum Resident
THANKS POST

This is fantasticly fantastic! I loves it! Thanks a bunch!!!
skmt999
Forum Resident
THANKS POST

Excellent! However, I do have one question. Will sims still try to use some of the 'tipped' objects? Like, if you have a bed tipped over on it's side, will the sim try to get in it, or will it route fail?
(can't test right now or I'd just find out the old fashioned way)
AnimosityKate
Test Subject
THANKS POST
#14

Genius!
Thank you sooooo much!!!
Iiernyce
Lab Assistant
THANKS POST

OMG! Amazing! Thank you so much! I've always wanted something like this!
rorsdors
Field Researcher
THANKS POST

This is awesome! I was hoping for something like this for a long time, thank you so much!!!

A very cool feature to add to the OMSP. And I do love that the new objects have different colors! Makes figuring out which one is what much easier.

For those who wonder if sims will use the objects on this type of OMSP. The answer is the same as the original OMSP: They can, mostly. Sometimes for strange reasons they will route fail, but most of the time they work fine.

Video Clip <----- This shows a sim using a chair that was tipped over.
Dazro
Lab Assistant
THANKS POST

Thanks for the video! I will add this info to the post. The way he pops into the chair is funny too.