by kasandro Posted 2nd Aug 2014 at 7:00 PM - Updated 7th Aug 2014 at 11:23 AM by kasandro
15 Comments / replies (Who?) - 2 Feedback Posts, 13 Thanks Posts
As the Sims 4 is about to be out, I have decided to make a tour of the Sims 3 expansion packs.
My first lot was a starter house built with the base game. Now it's time for World Adventures, and I wanted to start by France, which is where my sister lives. In the coming days I will be adding Egypt and China.
The name of the lot means "little castle of the red wine". So that's the theme.
The house has a double and a single bed and a crib. The single bed may be replaced by a bunk bed and the house will fit up to 4 sims. 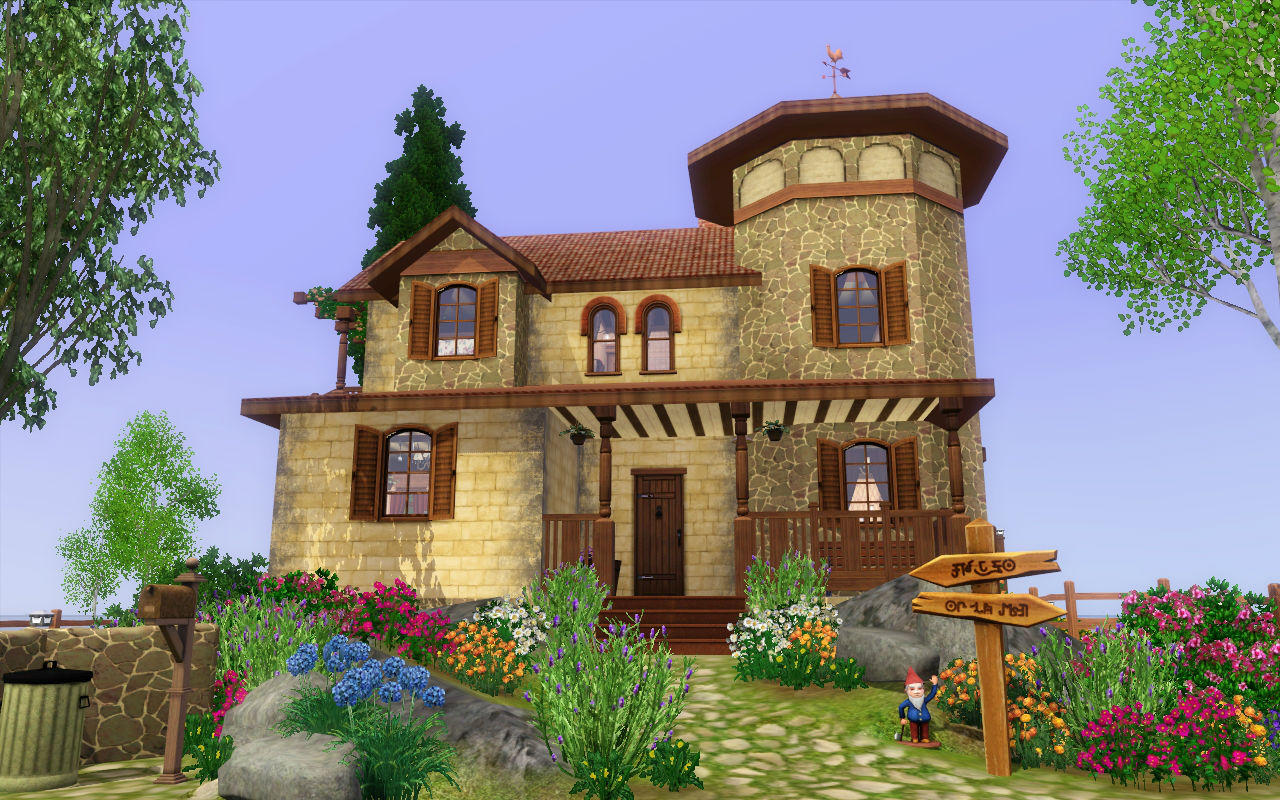 The house is placed on a small hill, and has a vineyard on one side and a separate building that includes a storage room and an underground cellar where to make and taste wine. 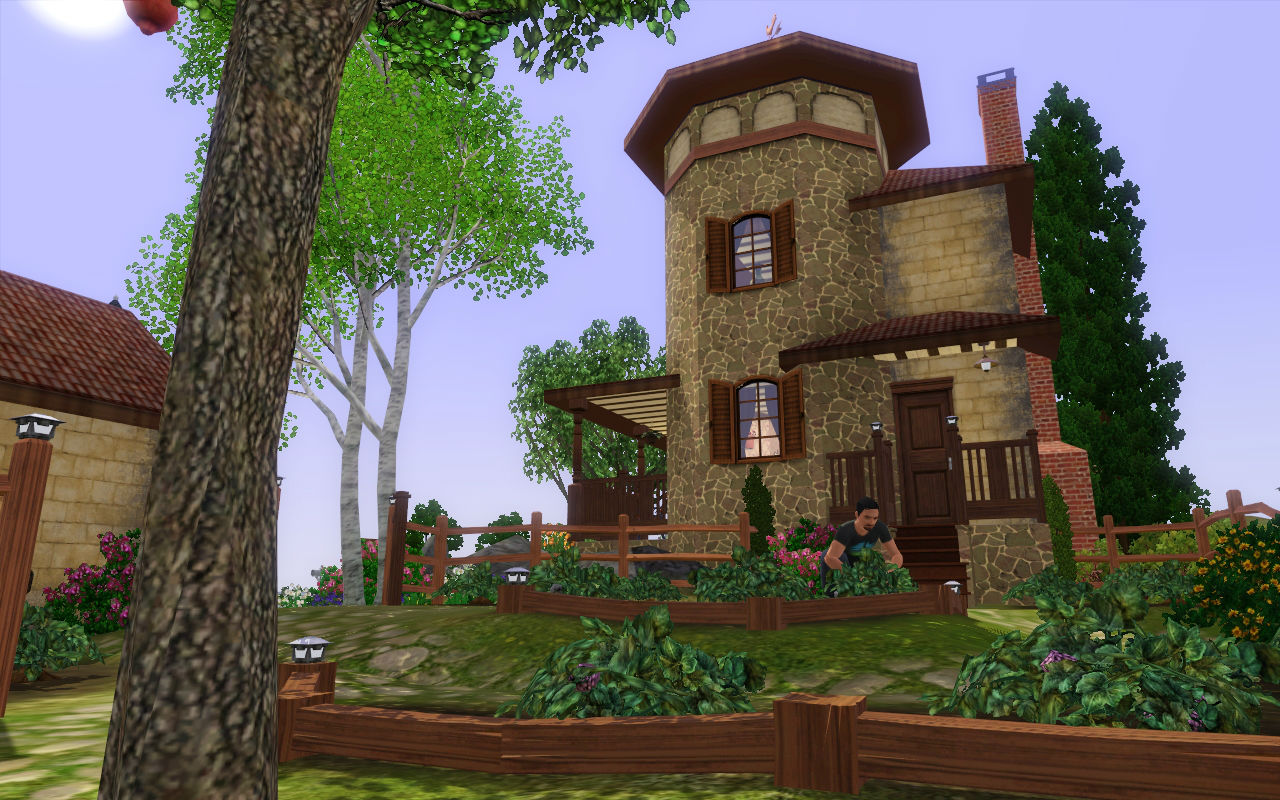 The colors I used in the house are based on wine varieties, mostly red. 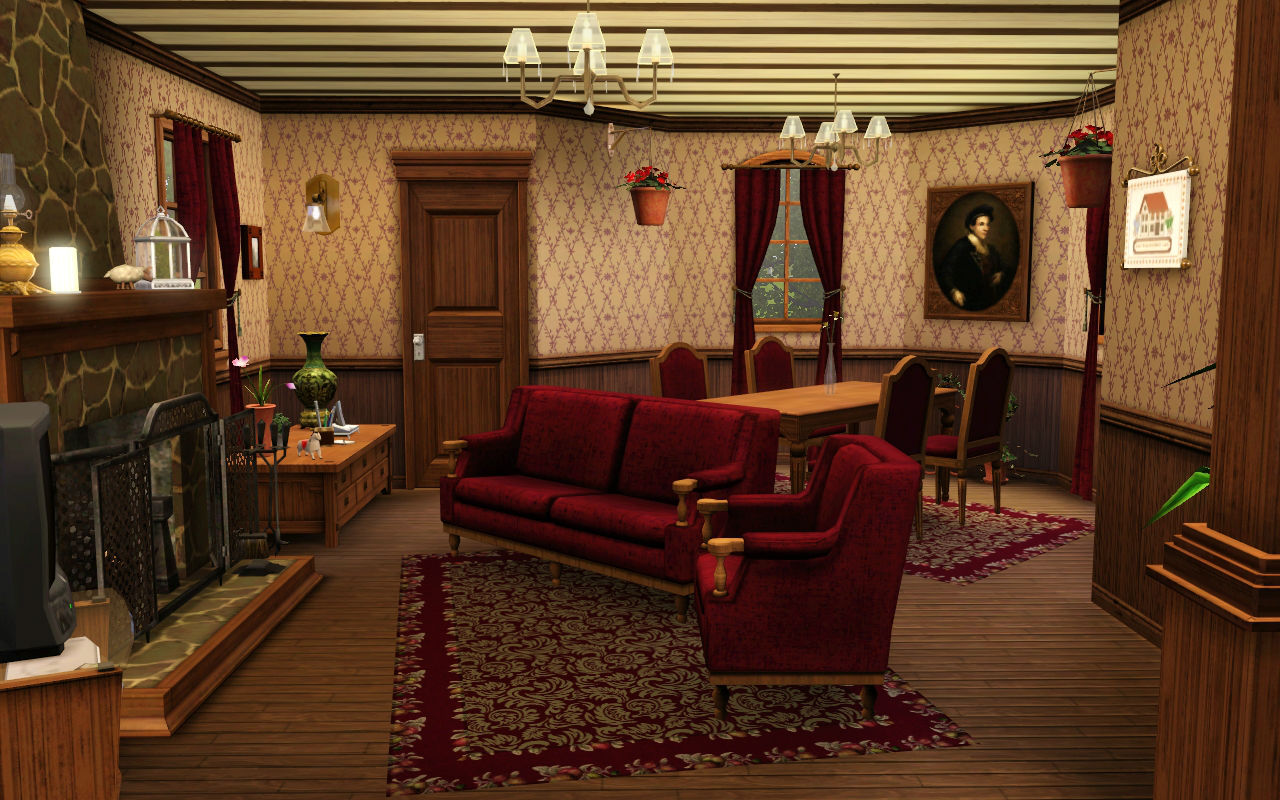 The kitchen wall tiles use the three basic colors of wine: red, white and rosé. 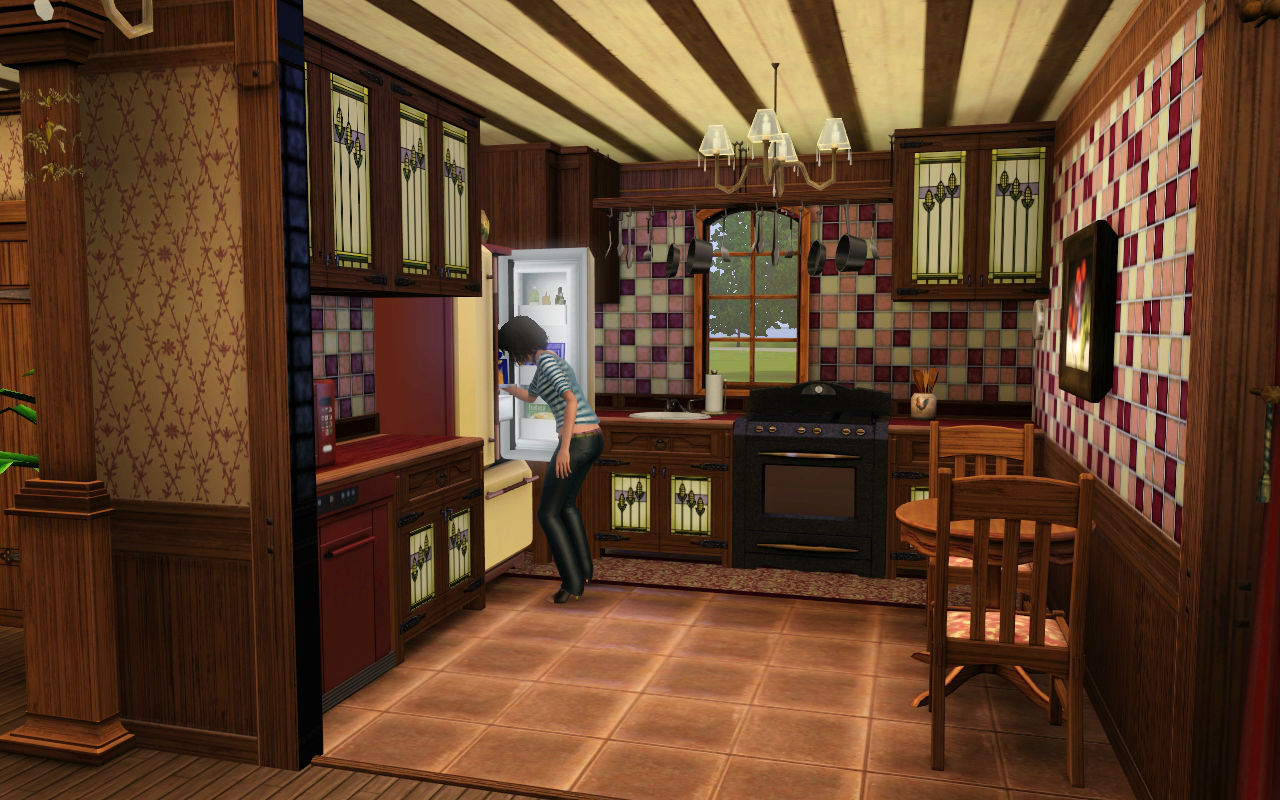 Stuff I use for building and decorating:

There's one object needed for the lot to show like the pictures. That is granthes' OMSP, I use it only for decorating purpose like things over the fridge (you can place the object on a shelf and hide the shelf in the top of the fridge using moving objects), floor plants over other surfaces, placing objets out of their usual slot or rising columns, so some of the decorations will dissappear or change a bit, not to many.

The curtains will stay in place, but if you try to move the ones that aren't in a wall you won't be able to place them back unless you use the mod by Huge Lunatic .

The same goes for the objects moved, tilted or turned by the mod by misukisu

And the objects with stencils removed with velocitygrass' mod will stay that way unless yo CAST them.

Built with Game Version: 1.67
Key: - File was updated after upload was posted
Need help with downloading or installing content? Click this link!
Don't forget to Thank the creator after downloading! Use the Thanks button located above the screenshots above.
Quick Guide:

If you need more info, see Game Help:Installing TS3 Packswiki for a full, detailed step-by-step guide!
Back to download view
15 Comments / Replies (Who?) - 1 Feedback Posts, 13 Thanks Posts
Hide Thanks Posts for this thread (Show only feedback)
Lamare
just a girl
THANKS POST

I love this. Such a unique little place and the detail outside and in is absolutely lovely. Thank you very much for creating and sharing :)
Tigerdyhr
Instructor
THANKS POST

Awwww, this just makes me want to sit in the garden,put my legs up and a glass of Burgundy in my hand. Well done

This is a very adorable house. Makes me think of hobbits, for some reason.

Charming! I can never have enough Tuscan/Provencal/Med villa-type places and this one is quite lovely. Using the wine theme in the color scheme was a nice idea.
PrincessSimmerx3
Test Subject
THANKS POST
#7

Nice and perfect for my sims' family! Thanks a million!
danicahouchen@hotmail.com
Test Subject
THANKS POST
#8

This is gorgeous! I'm excited for the other houses that you'll create.
Crmelsimlover

Beautifully done and so charming. I'll have to make a simself so I can live there. :D
Life isn't about the breaths we take, it's about the moments that take our breaths away...
randcarter
Test Subject
THANKS POST
#10

Just the kind of "house" where I'll like to live in RL !! :)
tauriice
Test Subject
THANKS POST
#11

This is a really wonderful little house with a well thought layout. Also the garden is beautiful. Especially I love, what you did with the colors.