A History Of "Lighthouse Point":
In 1872, newlyweds Oliver and Elsnor Finche finished building the iconic lighthouse, along with their house on the shore. Oliver was a well known and trusted governor, but also a bit hardheaded and naive, with a massive amount of money. Elsnor was shrewd, cruel, and unforgiving with a heart as hard as stone and as cold as the sea. She married Oliver in hopes to murder him and run off with all his money. When the day came, she attempted to burn him alive by setting fire to their little house on the shore; but the plan backfired when the roof collapsed on both of them. Both their bodies were never found. After the incident, several people reported seeing the ghosts of the couple wandering about the remains on the beach. It became impossible to sell the lighthouse as it continued to deteriorate until 1938, when a lonely, washed up fisherman and sailor Sherman O'Cannan purchased the lighthouse and ruins. He didn't have many visitors, but those who knew him well enough to talk to him say that he kept going on about seeing "entities" some nights. Two years after he purchased the lighthouse, he mysteriously disappeared. Some say he was driven mad by loneliness and jumped into the rocky ocean from the lighthouse balcony, others say the ghosts pushed him over the railing. Either way, his body was never found. Yet some nights, when people go to marvel at the beauty of the lighthouse, they swear to see the ghost of O'Cannan roaming about the balcony, screaming, "Beware the ghosts, beware the ghosts..." 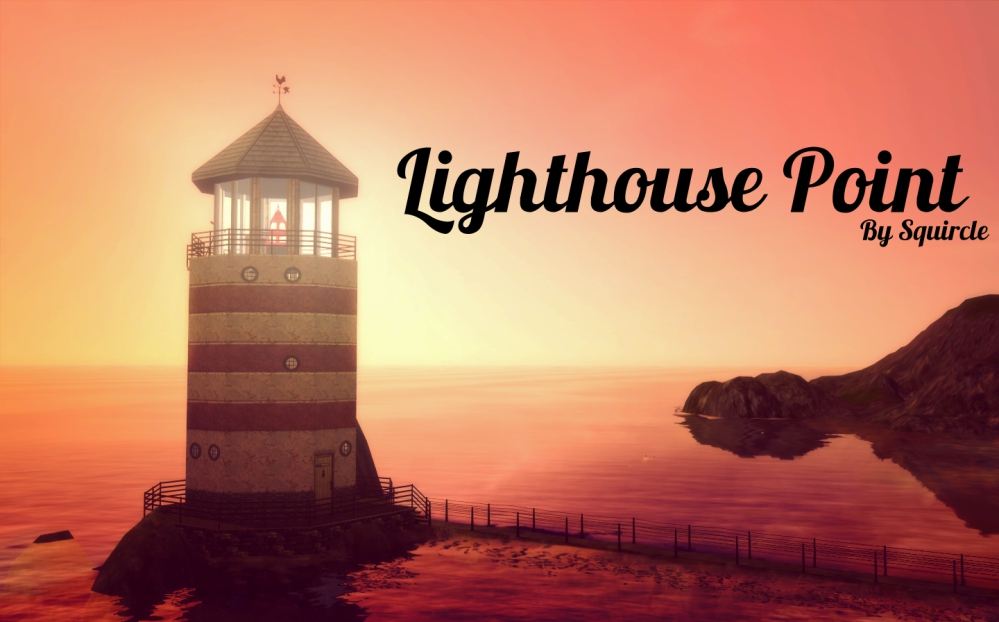 Walkthrough:
Outside - The ruins of the Fiche house, beach, walkway to the lighthouse
First Floor - Fridge, stove, sink, bar, table with two seats 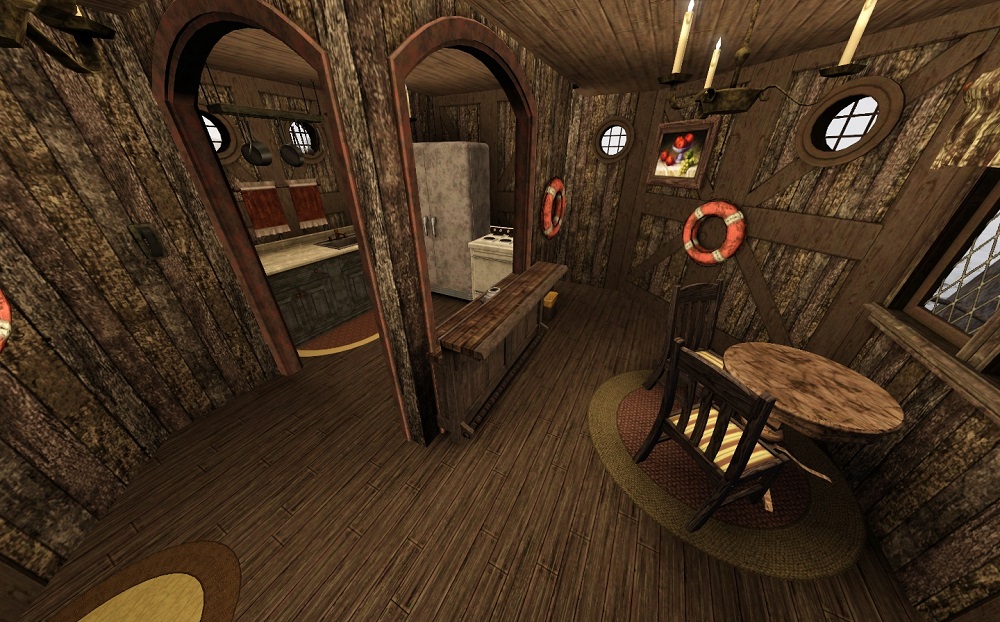 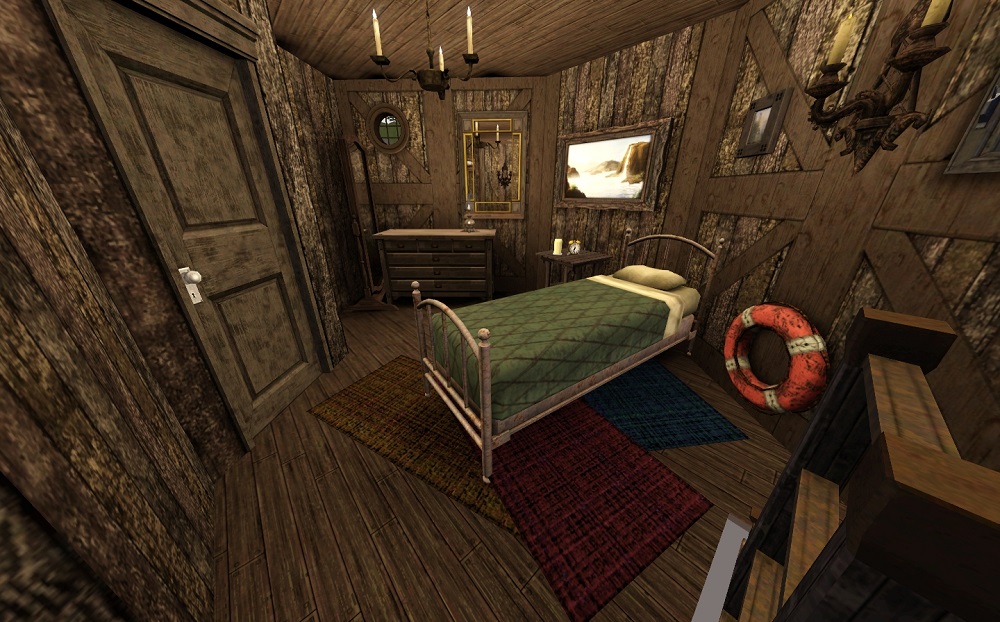 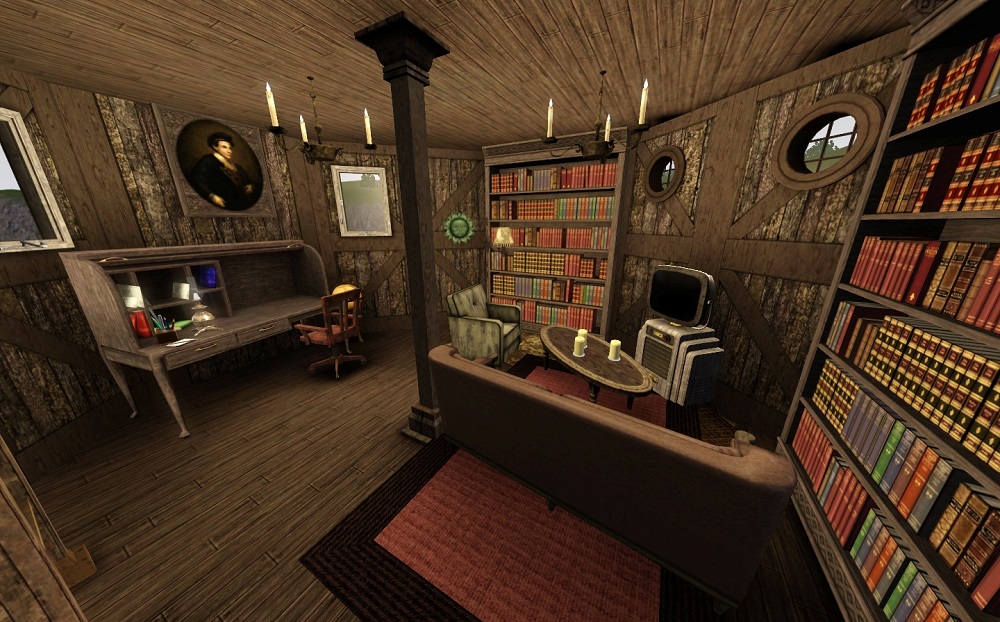 Requirements:
None! No EPs, SPs, or CC required. Only base game objects and skins used.

The three graves are hidden around the lot. Two are under rocks in the ruins and one is under the light at the top of the lighthouse. All three are exposed and can be clicked on if you can spot them.

Built with Game Version: 1.67
Key: - File was updated after upload was posted
Need help with downloading or installing content? Click this link!
Don't forget to Thank the creator after downloading! Use the Thanks button located above the screenshots above.
Quick Guide:

If you need more info, see Game Help:Installing TS3 Packswiki for a full, detailed step-by-step guide!
Back to download view
19 Comments / Replies (Who?) - 1 Feedback Posts, 17 Thanks Posts
Hide Thanks Posts for this thread (Show only feedback)
Baiaana

I really love your work Squircle

I have been waiting for someone to create something like this. THANK YOU.
tambailey2002
Field Researcher
THANKS POST

It reminds me to a survival game, waiting for a zombi to show. Great work. Thanks!
KarinaRunda
Test Subject
THANKS POST
#8

How lovely, I really like beacons, and you have no CC, just cool !!
OregonRain2
Test Subject
THANKS POST
#9

Love the background story on your creation. I just downloaded it and am looking forward to playing it.
dudejuztchillin
Lab Assistant
THANKS POST
#10

This is GREAT! Tried the Sims 4. 1 word.... eww? lol >.> I am glad we have people still making things for Sims 3. Awesome lighthouse! Thank you.

The back story on this lot is a 10/10. I won't be sleeping tonight, but I will be downloading and playing this lot.
AmyTechnoRose
Lab Assistant
THANKS POST
#13

Can I use this lot in my mermaid story?
Squircle

Quote:
Of course you can! Just be sure to give credit. =]
sims3luvr
Test Subject
THANKS POST
#15

I love haunted houses that really have ghosts!
CeasedMilk
Test Subject
THANKS POST
#16

Amazing! Can't wait to play this, thank you.

I like the story and the lot itself is amazing.

OMG OMG OMG OMG OMG THIS SOOOOO SOOOOO SOOOOO REMINDS ME OF POINT SUR LIGHTHOUSE. That light house is legitimatly haunted (If u belivie in ghosts. If not then its the bases for a lot of unexplanable anomalies.) I watched a ghost adventures episode on it.
Mainly the reason why itrs haunte is because there was a suicide at the sort of maid quarters that was on the property. That lady had an affair with the married man (2 people lived in the lighthouse) that lived on the first floor. Thats one of the lesser hauntings, mostly residual I guess. Not that I know much about this stuff.
Anyways, most the the hauntings come from the boats that would sink often. This lighthouse is somewhere around santa cruz or san fransisco lots of boats crashed there, famously 'The los Angalos' which not only had men but also women and children. The most active spirit is a young girl.
But yeah thats aqll I know about it. heres the episode link (https://www.youtube.com/watch?v=KquglBojlMs) and and a article about it (http://www.montereycountyweekly.com...ea6f6650ab.html) I live in san fransisco and I've never heard of it till I saw the episode so it can't be that haunted. I don't exactly belivie in that stuff, but this is way too long and I should stop talking
-niki