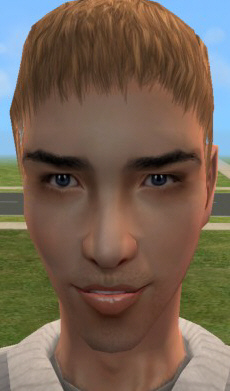 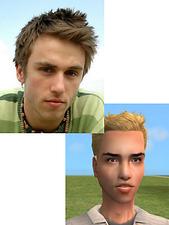 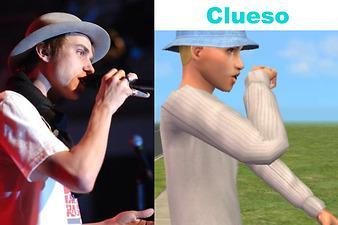 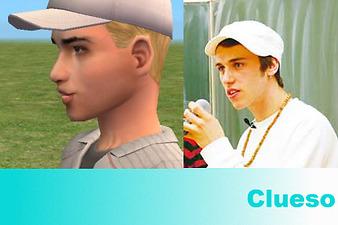 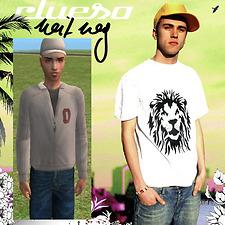 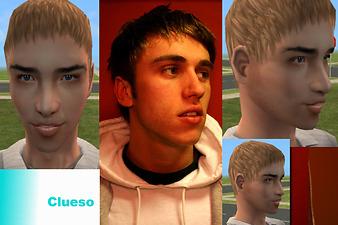 This my new sim, I proudly present Clueso to the SimWorld!! Clueso is a German musician, he makes something like rap music. Maybe this sounds a bit odd but his kind of music doesn't fit in any genre. But as I like him very much I decided to make him as a sim and then to upload him to the exchange.
Because Clueso has different hair styles I made several pics for you with my sim having different hair styles to compare him with the original person.


But for the upload sim I had to decide for one hair style, so that's the way I packaged him:

The trousers he wears are Nightlife-trousers, but if you use the CleanInstaller you can download him without having Nightlife.

For this Sim I used the great "New Roman hair" by Hysterical Paroxysm. You see the link below.

Well, I hope you have fun with him!


These recolours may or may not be endorsed by Lakehouse.